A  study by seabird researchers that includes Dr. Nirmal Shah of Nature Seychelles, has shown that albatrosses and their close relatives the large petrels spend 39% of their time in places where no single country has jurisdiction. Albatrosses and large petrels are the world’s most threatened group of birds, with over half of the species at risk of extinction. This finding highlights the need for international cooperation to adequately ensure their conservation. 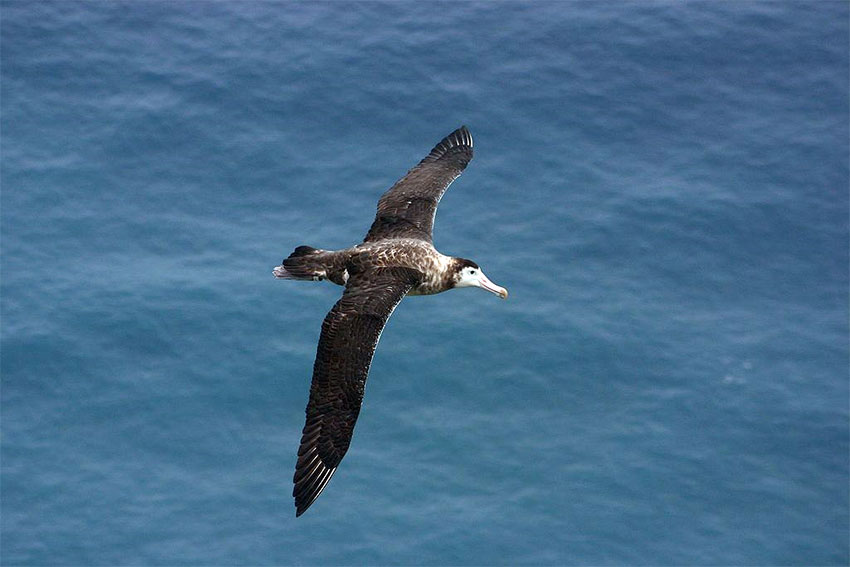 Albatrosses and large petrels spend 39% of their time in places where no single country has jurisdiction. The result comes from a new global analysis of the year-round movements of these highly-threatened seabirds, just published in the scientific journal Science Advances.

The researchers tracked the movements of 5,775 individual birds belonging to 39 species using miniature electronic devices. They found that all species regularly cross into the waters of other countries, meaning that no single nation can adequately ensure their conservation. Furthermore, all species depended on the high seas, which are areas of international waters covering half of the world’s oceans and a third of the earth’s surface.

“Seabirds like albatrosses are the ultimate globetrotters,” said Martin Beal, lead author of the study at the Marine and Environmental Sciences Centre at ISPA - Instituto Universitário in Lisbon, Portugal. “But this incredible lifestyle makes them vulnerable to threats in places where legal protection is inadequate.”

Albatrosses and their close relatives, the large petrels, are among the world’s most-threatened animals, with over half of the species at risk of extinction. While at sea they face a number of threats, including injury or mortality from fishing gear, pollution and loss of their natural prey due to overfishing and climate change.

According to co-author Maria Dias, from BirdLife International, “Negative interactions with fisheries are particularly serious in international waters because there is less monitoring of industry practices and compliance with regulations. Also, beyond fish there is currently no global legal framework for addressing the conservation of biodiversity in the high seas.”

For example, the endangered Amsterdam Albatross spends 47% of its time in international waters of the Indian Ocean. Although it benefits from strong protection at its only breeding colony on Amsterdam Island (one of the French Southern Territories), its conservation at sea is much more challenging. When roaming the seas in search of their squid prey, the fewer than 100 remaining adult Amsterdam Albatrosses use a vast area stretching from South Africa to Australia, requiring international coordination to minimize the risk of them being killed in fishing gear.

In a global-scale collaboration, the international team of researchers revealed the extent to which seabirds connect countries to one another, as well as to the high seas. The study comes as the United Nations are discussing a global treaty for the conservation and sustainable use of biodiversity in international waters. “Our study unequivocally shows that albatrosses and large petrels need reliable protection that extends beyond the borders of any single country.” said Mr. Beal, and adds “This treaty represents a massive opportunity for countries to commit to protecting species wherever they may roam.”

Legal measures up for discussion under the treaty, such as instituting environmental impact assessments on industrial activities in the high seas, may help reduce impact on species found in the high seas. Mr. Beal added, “Animals have no concept of human borders. What we’ve shown here with seabirds is certainly true for many other marine animals, like sea turtles, seals, whales, and fish. To ensure their survival, we must work together to protect and conserve the global ocean.”

The study was possible thanks to the cooperation of dozens of researchers across sixteen countries, who agreed to share their data through the Seabird Tracking Database, a repository managed by BirdLife International to facilitate international collaborations between researchers working on the conservation of seabirds.

The birds tracked in the study were equipped at eighty-seven remote breeding sites in seventeen countries, from the Japanese island of Torishima, where the Short-tailed Albatross breeds on an active volcano, to the tropical home of the Waved Albatross on the famous Galápagos Islands of Ecuador.

"We quantified the links among national populations of threatened seabirds and the regional fisheries management organizations (RFMOs) which regulate fishing in the high seas. This work makes explicit the relative responsibilities that each country and RFMO has for the management of shared biodiversity. We calculated that the Wedge-tail Shearwaters, which breed in the Seychelles spend 39% of their time in the high seas, 34% in Seychelles' waters and 9% in Mauritius' waters. Looking at the connections with other countries in we can see that birds breeding in Mauritius and French territories visit Seychelles' waters too," says Dr. Shah.