Marine litter – human-created waste accidentally or deliberately dumped into the ocean – is a massive problem. Now, with new knowledge emerging about the impacts of plastics on environmental and human health, marine litter has jumped up on the global environmental agenda.  “In my opinion, small island states such as Seychelles are again, as with climate change, victims because much of the waste comes from other countries and from ships flagged to other nations,” says Dr. Nirmal Shah, Nature Seychelles’ CEO.

The iconic Cousin Island Special Reserve a world-famous 52 years old nature reserve managed by Nature Seychelles is bearing the brunt of human discards, spoiling its pristine beaches and harming its sensitive biodiversity. The amount of waste ending up on the beaches is increasing. 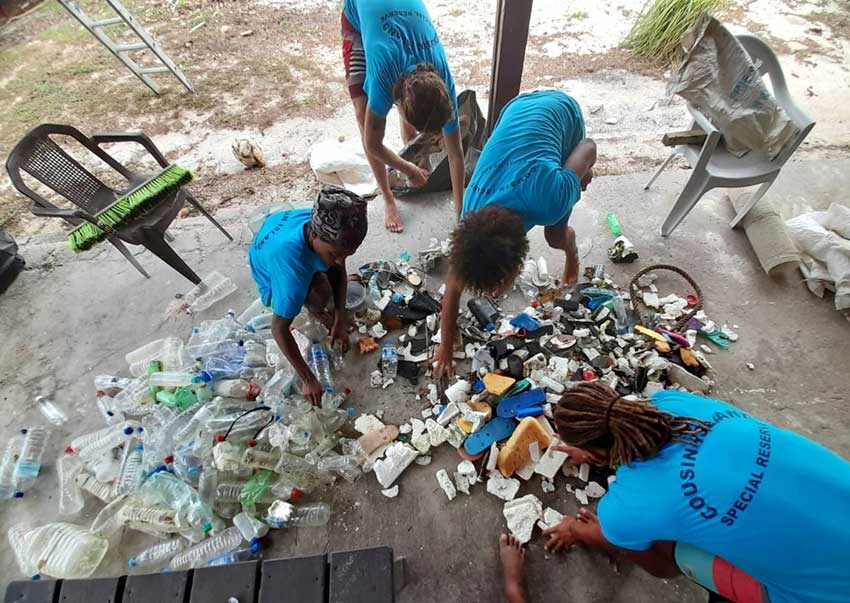 Staff sorting through the trash collected on a single days cleanup

13,875 items of beach waste were collected on the beaches of Cousin Island Special Reserve in 2020. This is nearly double the number of items collected throughout 2019, where 6,979 items were collected! The total weight of beach waste collected in 2020 came to 302.7kg, averaging at a substantial 25.23kg per month is collected, counted and removed from the island.

Our staff conduct regular surveys and clean-ups throughout the year to collect trash, which is washed up on the island's main beaches. They also collect trash encountered during other activities; for example during the hawksbill turtle season - October to March - the beaches are covered by staff up to seven times a day.

The rubbish collected is taken back to the field station where it is sorted and analysed and then sent off by boat for sanitary disposal on Praslin Island. Some items, such as buoys, and a couple of times beach chairs, are kept and used. 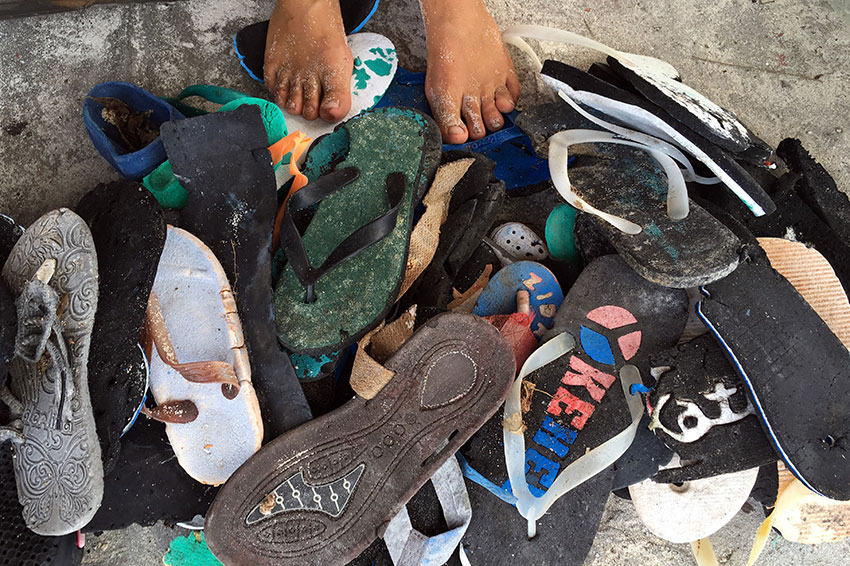 The categories of trash are plastic, Styrofoam, glass, metal, ceramic, paper or cardboard, rubber, wood, cloth and fibreglass. Our analysis breaks these down further to include product types seen on a regular basis such as toothbrushes, cigarette lighters, drinks bottles, bottle caps, polystyrene and fishing items such as buoys. Each item is counted within its category and weights are taken of the four most common items seen; polystyrene and foam combined, flips-flops and drinks bottles.

The total weight of flip-flops counted for 2020 was 36.06kg, averaging at 3.01kg per month. A total weight of 87.37kg in plastic drinks bottles was collected, with an average of 7.28 kg per month. On five occasions, the plastic bottle count exceeded 100, during February, March, April and November.

But does this counting of trash count? Why do we do it? Yes, it does! The data and analysis help us to know the amount of waste arriving on Cousin Island every month and what the most polluting items are. Beach waste data can also enable us to see trends between seasons and significant weather impacts on trash being washed up.

“Marine litter is a massive problem. Firstly, it can be considered an illegal export by others to our shores who then make us pay to deal with their rubbish. Secondly, it impacts on sensitive habitats like coral reefs and on biodiversity such as entangling of marine animals. Thirdly, it’s a difficult problem for us to solve because we don’t know where most of it comes from and moreover it's filling our landfills. Fourthly, other peoples’ activities are hurting our tourism-dependent economy and fisheries industry because these depend on a clean and healthy natural environment. Lastly and very importantly, microplastics in the marine food chain has emerged as a threat to human health,” says Nirmal Shah.