Nature Seychelles is among a concerned group of more than 100 conservation organisations, civil society groups, artisanal fisher associations and responsible businesses, including retailers that support socially responsible and environmentally sustainable tuna fisheries, who have called on the Indian Ocean Tuna Commission (IOTC) to address the harmful environmental impacts associated with the drifting Fish Aggregating Devices (FADs) used by industrial tuna purse seiners in their fishing operations. 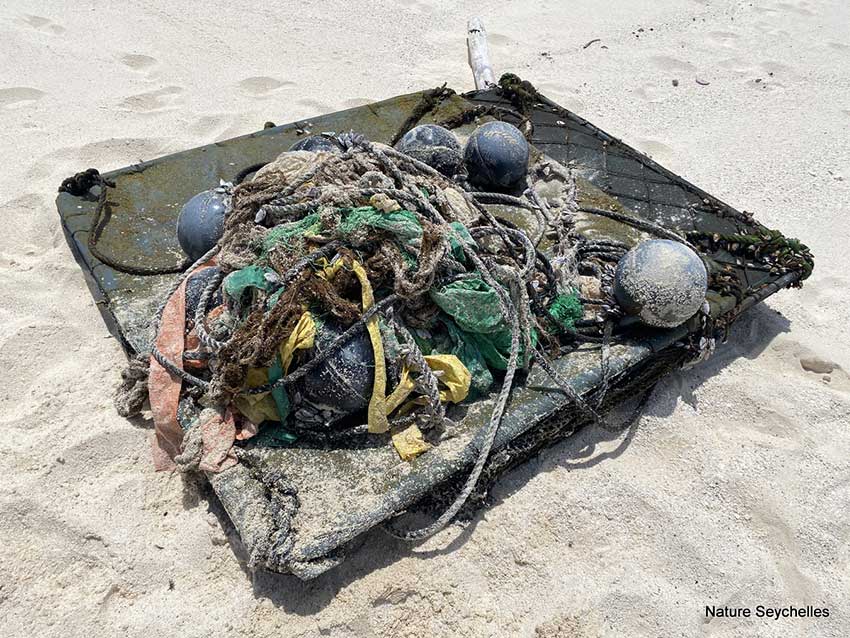 The call was made through a signed letter in support of a proposal from Kenya and Sri Lanka to improve the management of these drifting FADs, which has been tabled for the Special Session of the IOTC starting next week and which has been urgently called to address concerns about the overfished yellowfin tuna stock. The Special Session will take place over a five-day period, via videoconferencing. Signatories to the letter have urged IOTC delegates to take action and support these measures. The yellowfin tuna population in the Indian Ocean is the most unsustainable tuna fish stock in the world.

Scientists have consistently shown strong links between the dwindling yellowfin stock and the high numbers of juvenile tuna caught around drifting-FADs.
FADs, which have also been referred to as “the tuna industry's floating atoll destroyers”, are deployed in their tens of thousands each year by industrial purse seine fishing vessels, attracting large schools of tuna underneath them in the otherwise quite featureless open ocean. Up to 100m of netting or other materials are attached beneath each of these floating platforms, thereby creating micro-ecosystems dotted all over the ocean. The massive tuna purse seiners, many of them longer than 100 metres in length and with a gross tonnage greater than 4,000 metric tonnes, use sophisticated satellite location devices to constantly keep track of their drifting-FADs. Endangered turtles, sharks, and marine mammals are often caught when the drifting-FADs are encircled by the massive purse seine nets and are then hauled aboard as ‘bycatch’ together with the tuna destined for markets in the EU, UK, and elsewhere.

Many of the environmental problems caused by drifting-FADs occur when purse seine vessels lose, discard or deliberately abandon these devices – often because it is no longer financially viable to retrieve them. Accurate numbers are not available for the Indian Ocean on the fate of drifting-FADs after they are deployed, but according to a recent study² in the Pacific, only about 13% of the 44,700 to 64,900 drifting-FADs that were deployed annually were successfully retrieved. An astonishing 66% of drifting-FADs sunk before they were retrieved, while 21% (9,254 - 13,463) beached on sensitive coastal habitats such as coral reefs, mangroves or sandy beaches, causing destruction to marine ecosystems for many years.

Nature Seychelles has consistently against the use of FADS because we believe it's actually unsustainable fishing.

Signatories of the letter are hopeful that greater awareness among ethical consumers, responsible retailers, business leaders, civil society and NGOs will ultimately help ensure that the IOTC member nations make the right decisions at next week’s Special Session – leading to a pathway of recovery for yellowfin tuna, while protecting and restoring biodiversity, including threatened and endangered species, habitats and ecological functions and ultimately safeguarding the livelihoods that they support.

Among those who have signed the letter are the World Wildlife Fund for Nature (WWF) and BirdLife International.