Nature Seychelles’ new Centre for Ocean Restoration Awareness and Learning (CORAL) on Praslin Island, was officially opened on Monday, 24th April by Melanie Zimmerman the new US Embassy Charge d'Affaires responsible for Mauritius and Seychelles. She was accompanied by Paul Gormley, the Embassy’s Economic / Political Officer to the event.

CORAL is part of the United States Agency for International Development (USAID) new phase of funding for Nature Seychelles successful Reef Rescuers project. Through this renewed 2016-2019 partnership period, the site will serve as a national and regional centre of excellence for coral reef conservation and restoration.

“We are here today because we are proud of the fantastic work and innovation you’ve been doing to protect the oceans and help them re-live again,” Zimmerman said. “I hope that your work will truly be recognised as a world leader in this type of pioneering, innovative and beneficial research not only for the Seychelles, but the Indian Ocean and much further as well.” 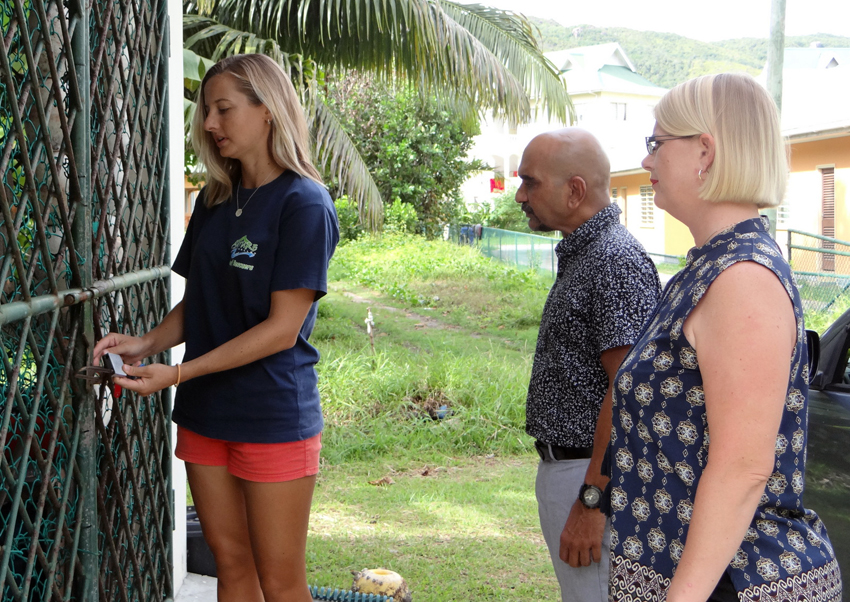 Through the first and second phases of the USAID-Nature Seychelles partnership between 2010 and 2016, one of the key outcomes was the evidence that coral reef restoration using underwater coral nurseries not only works, but more importantly has proven that the resultant ‘designer reefs’ are more resistant to bleaching.

What’s more, the scale of the underwater coral gardening project in the marine area of the Cousin Island Special Reserve is the largest ever attempted in the world.

“This is the result of a successful long-term partnership that we’ve had with the US government through USAID,” said Dr Nirmal Shah, Nature Seychelles Chief Executive during his welcoming remark at the event.

“It was actually through the US Embassy that we realised the first and most important phase of the Reef Rescuers project –we grew over 40,000 corals in underwater nurseries and planted an area larger than a football field. We hope that with the new funding we will be able to further enhance the natural ecosystem services of coral reefs.” 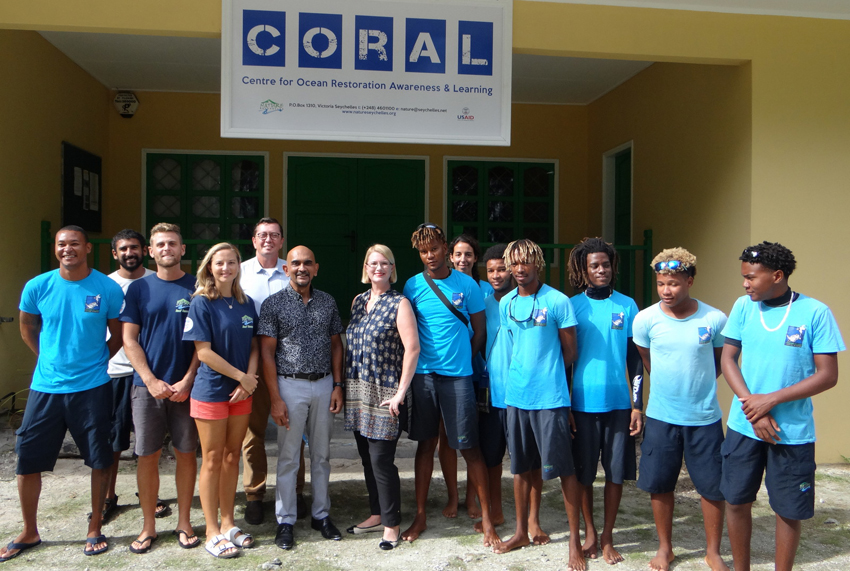 Coral Reefs are vital in providing refuge, reproduction sites and food for fish, therefore without corals neither artisanal nor large-scale fishing activities would be possible. Coral reefs also provide sand for beaches not to mention act as barriers for beaches during heavy storms.

“As a diver myself, I truly appreciate the work that you are doing because you are making fish come to places that I want to go and see,” Zimmerman said. “Once you are underwater from about 5 to 10 metres you realise that there is this extraordinary world out there, and it is the job of my generation to ensure that the next generation has the opportunity to see this if not more.”

“We have done a lot of damage and we used to say it is irreparable, but you [Nature Seychelles] are proving us wrong. You are showing us that (although) it’s not good you’ve done the damage, but maybe we can help it (the ocean) regenerate.”