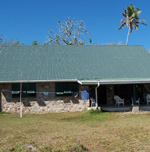 As part of its Corporate Social Responsibility, Utilita, a UK gas and electricity utilities company, has donated £10,000 towards Cousin Island's "Powering Conservation" renewable energy campaign currently running on the popular crowd funding site Indiegogo."We are really pleased to get this chance to support a conservation project of global importance. The environment has always been a key issue at Utilita - hence the adoption of our polar bear mascot. The use of modern technology to help consumers manage their energy consumption is central to what we deliver, and we always need to remember that there is only one environment that we all share. Who would have thought that polar bears would help rescue turtles?" said Bill Bullen, Utilita Managing Director.

Utilita is the UK's leading provider of the newest technology in smart metering, allowing customers to manage energy usage at the push of a button. 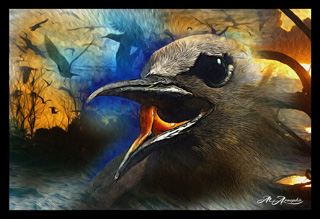 Cousin's crowd-funding campaign was initiated by Nature Seychelles and Climate Caring's Tim Kirkpatrick to raise much-needed funds to replace the diesel-powered generator on the island with a Photovoltaic (PV) Solar Power system.

Spirited efforts have since been underway towards reaching the campaign's goal of raising £25,000 by 31st May 2014.

Apart from being out of place in the pristine nature reserve famous for being a haven for several endemic bird species and other fauna and flora, the generator is costing the island hundreds of pounds every month in fuel costs.
"The costs are enormous even though the generator runs for a limited time during the evenings and for one hour during the day to allow staff, researchers and volunteers to power their home and office electronics," says Dr. Nirmal Shah, Chief Executive of Nature Seychelles, which manages the reserve.

"The money we would save from replacing the diesel generator would fund continued research, extra staffing, island maintenance, boat repairs, energy security and much more," he adds.

The conversion to solar will also save around 8,000kgs of CO² emissions annually, says Tim Kirkpatrick of Climate Caring.

Tim designed and installed a PV stand alone system on the neighbouring island of Curieuse. It came online on December 20th 2013 and has worked flawlessly since then, completely replacing the generator.

In another development, local artist Michael Arnephie has worked on two exquisite paintings being offered as limited prints as part of the rewards for the campaign. Talented wildlife photographer Maxime Aliaga has contributed stunning photos, while campaign videos were developed by Liam Martin Film. Both were volunteers on the nature reserve.

"We are very grateful to Utilita for providing this big boost to the campaign," says Dr. Shah. "We call on other like-minded individuals, businesses and organisations to help us reach our target."

To help Nature Seychelles raise the much needed funds please contribute at : https://www.indiegogo.com/projects/powering-conservation-on-cousin-island-seychelles