The UN has declared 2021-2030 as the decade of ecosystems restoration aimed at preventing, halting, and reversing the degradation of ecosystems worldwide. Nature Seychelles has been at the forefront of wetland restoration and can proudly say, yes, we can restore wetlands and mangroves ecosystems.

15 years ago, Nature Seychelles embarked upon a rigorous rehabilitation exercise for the Sanctuary at Roche Caiman. The site is now a functional urban wetland, home to diverse fauna and flora.

When the NGO took over the management of the wetland, it was nothing more than a wasteland, a remnant of reclamation work carried out in the East Coast of Mahe in the 1980s. Intensive fundraising yielded the necessary resources to carry out rehabilitation of the site. It included cutting down Casuarina trees that were out-competing local species and soaking up litres of water, removal of Typha grass, which clogged the marsh and edged out native mangroves, and planting of native trees, sedges and shrubs. Areas of open water were cleared, pools dug and banks re-profiled. Gradually, the variety and number of species increased and the wetland began to function properly as a means for flood control. 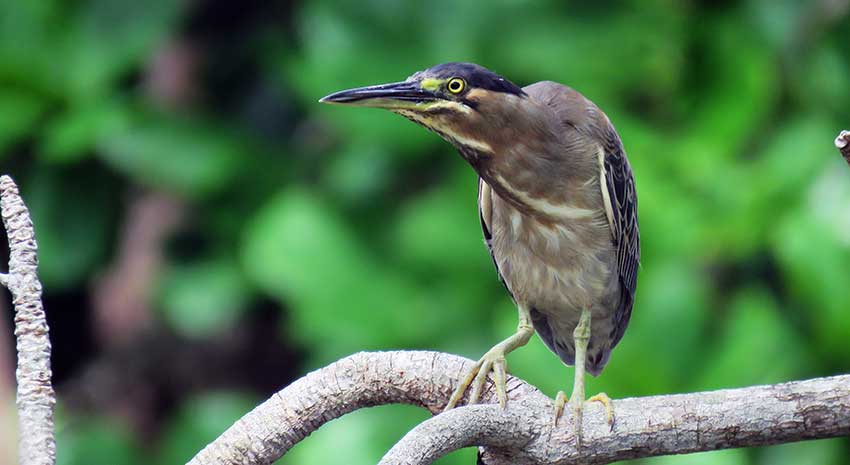 Green-backed heron. Fauna and flora has been coaxed back to the site

But it is the enhancement of the mangroves ecosystem that has been wildly successful and which has become a big showcase for this once neglected space. Initially, patches of two species of mangroves occurred. In 2012, under a co-funding arrangement with the Mangroves for the Future Initiative, the NGO sought to maximise these areas of mangroves by increasing the number, as well as the genetic pool of the species, so that the area could become a demonstration site that integrates mangrove restoration with education and recreation. 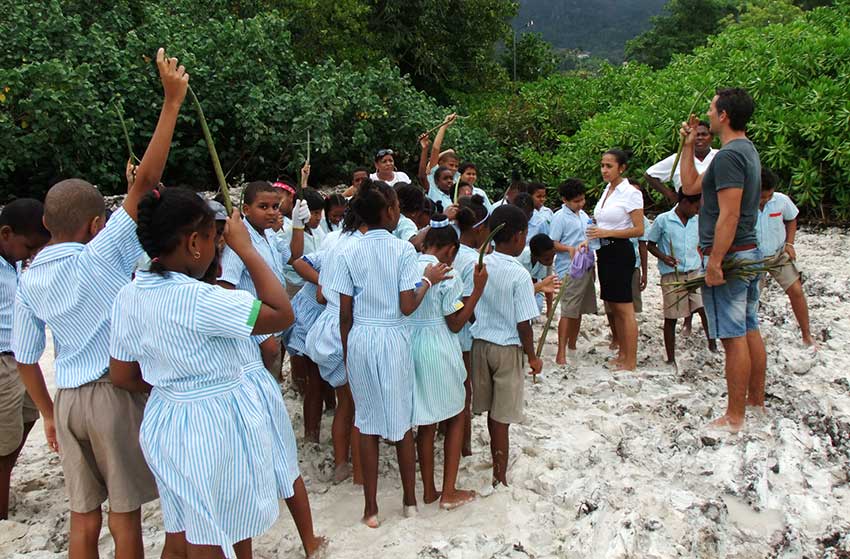 An opportunity to learn. Among those who helped with planting of mangroves were students from local schools

With the permission of the parks authority, mangrove seeds of two other species were collected from Port Launay for replanting at the Sanctuary, thus increasing the species count to four. Mangroves reproduce in such a way that germination begins on the tree itself, and seeds sprout while still attached to the tree. When the tree later drops the seeds called "propagules," they take root in the soil beneath or float and are carried elsewhere by currents. The "propagules" can be collected and planted directly into a marsh or propagated in nurseries.

A dogged campaign for planting was then carried out. With the help of a local company who offered their digger as part of their Corporate Social Responsibility, the area for planting was prepared. Local volunteers mainly from the community, schools, and wildlife clubs then planted the area. An open day was also held for planting with children as young as three participating. By the end of the project over five hundred mangroves had been planted. These mangrove stands continued to be extremely successful through self-propagating and spreading. 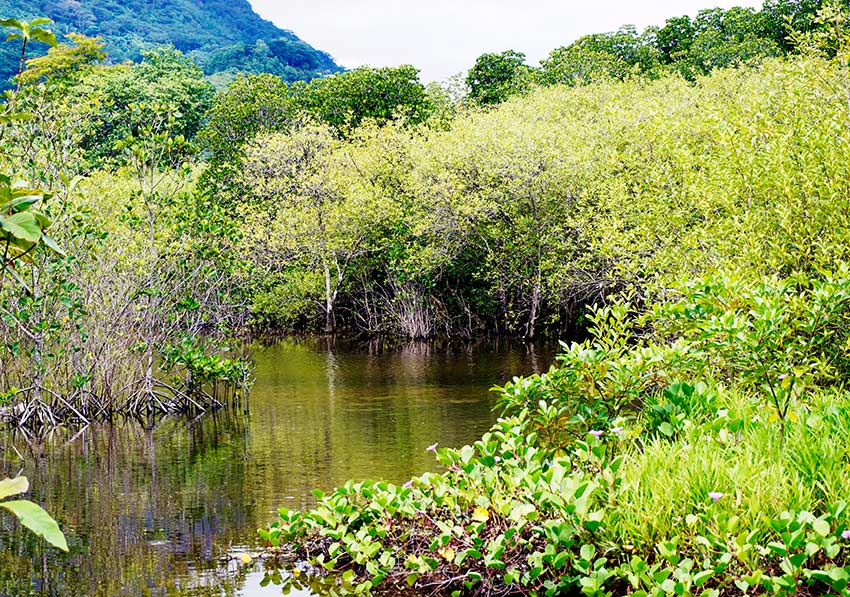 Interpretative signage explaining the importance of mangroves for coastal and shoreline protection, prevention of erosion, filtering of pollutants and trapping of sediments from land, the role they play as valuable nursery areas for fish and invertebrates, and as a home to a variety of species, were also added.