After a long hiatus and what she considers a stranding on land, Athina, our water-loving Reef Rescuer was back in the embracing depths of the ocean as part of monitoring activities for the Cousin Island Special Reserve marine protected area (MPA). As today is International Day of Women and Girls in Science, we highlight the work Athina is doing to inspire the next generation.

Given the importance of MPAs as sites of high biodiversity, the conservation team and Reef Rescuers periodically carry out monitoring to track any changes that might be occurring. 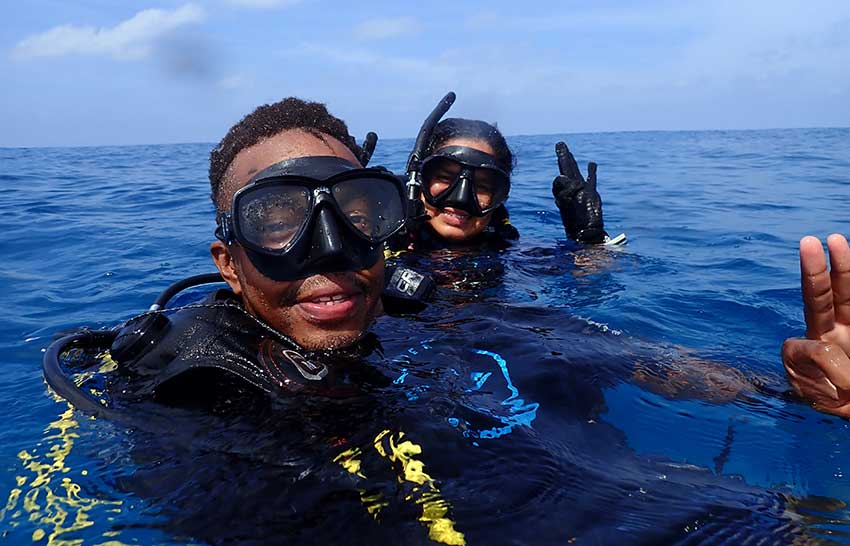 Accompanied by Dailus, the chief warden on Cousin, to make a buddy pair, the mission for Athina's first dive of 2021 was to remove all temperature loggers from the MPA for maintenance.

Cousin Island is one of the longest established marine reserves in the world and has been managed, since 1975, as a ‘sea and island reserve’ with the marine life given equal protection as terrestrial life. Marine communities around Cousin are extremely diverse and of significant biological interest.

Unfortunately, the coral reefs surrounding the island have undergone drastic changes over the last two decades. They were particularly badly affected by coral bleaching in 1998, which led to a dramatic reduction in live coral cover. To check on the general state of the reefs, temperature loggers are placed under the sea to collect data on temperature fluctuations. 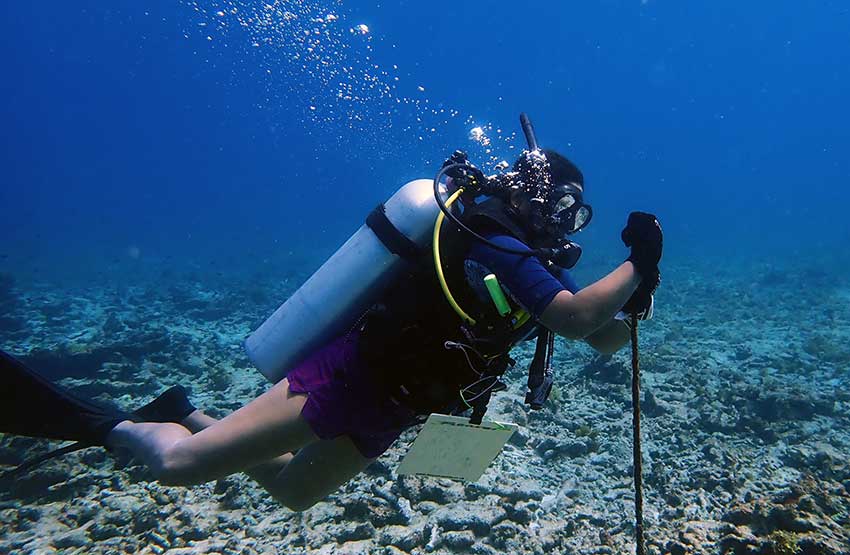 "While I was removing the loggers, Dailus was capturing some great shots of the marine life. We encountered a Sting ray resting at the bottom of the reef, and a Moray Eel that came to say hello," says an excited Athina.

Survival and growth of transplanted corals under the Reef Rescuers project, Nature Seychelles ground-breaking coral reef restoration project, was also on Athina's mind. "I am always nervous while visiting the transplanted corals as they are like our babies and we want to see them flourish," says Athina. "I was both elated and relieved to see that they are growing rapidly and they looked healthy."

Sadly, there was a downer to this happy dive when the pair came across a fish aggregating device (FAD) in the MPA. "We noticed a FAD tangled on the reef, so we went down to remove it. It turned out to be a big cage, with a ridiculous amount of rope in midwater, anchored about 50 meters down. Luckily we were able to cut the rope and the wardens brought it to shore to discard it." 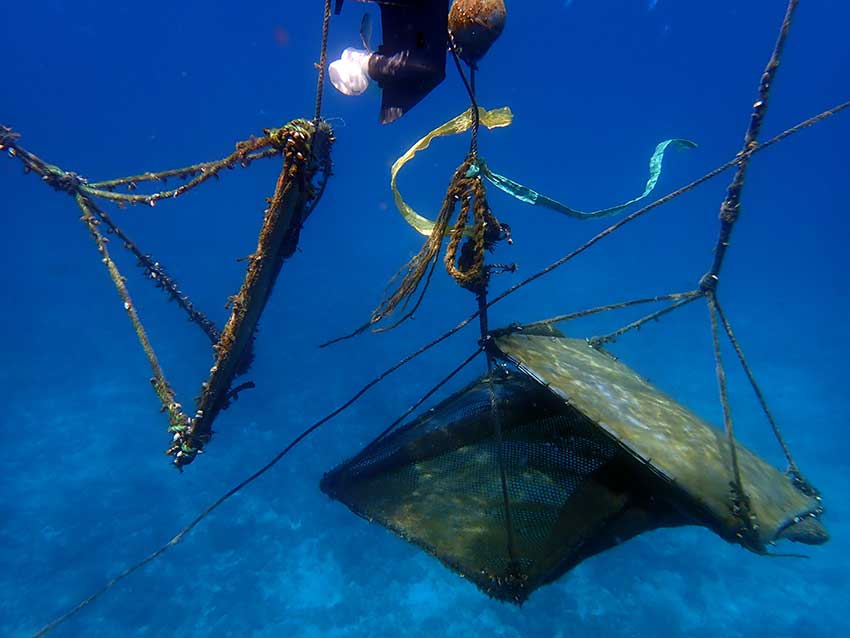 The FAD was a big cage in midwater

FADs are artificial floating objects with transmitters, launched to attract large fish stock such as tuna. They are made from a variety of materials such as wood, bamboo, pieces of net, shade cloth, plastic paraphernalia, rope, and plastic floaters. They can either be anchored in place or left untethered to drift on the ocean surface. These devices have negative consequences on other biodiversity and the marine ecosystem and are linked to the bycatch of vulnerable non-target species. They cause damage to coastal habitats and are a source of marine pollution when lost or abandoned. 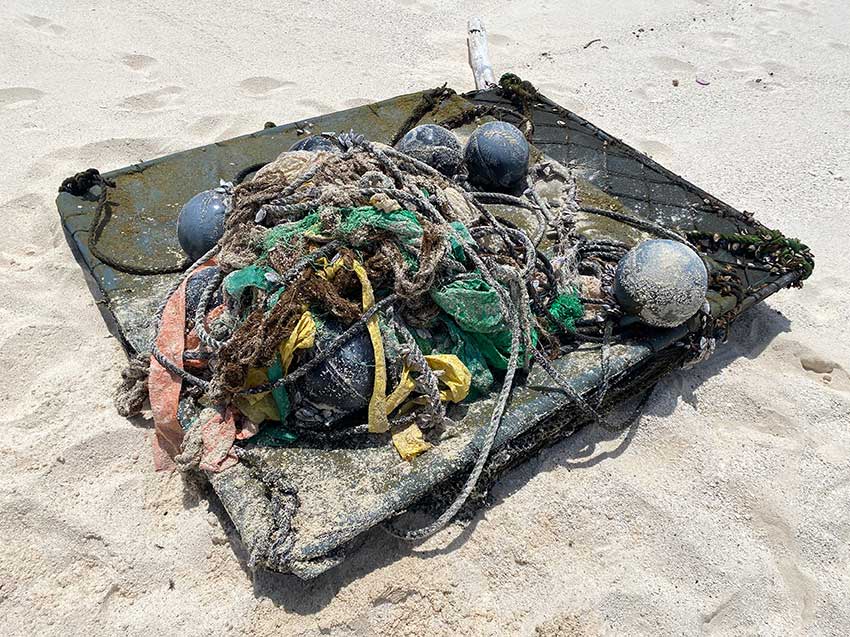 The FAD was collected and brought to shore by the wardens

MPAs are areas of the ocean where human activity is regulated or restricted, as such Cousin is a no-take reserve where fishing is not allowed. Scientific evidence shows that MPAs boost the abundance, diversity, and size of marine species living within their borders and replenish fished areas.

This activity was supported by the European Union and the Organisation of African, Caribbean and Pacific States through the BIOPAMA Programme, which is supporting the island reserve through the project "Supporting management effectiveness and improve socio-economic resilience in the Cousin Island Special Reserve, Republic of Seychelles." The project funds the salaries of staff on the reserve ensuring that they can remain stationed on the island and continue to carry out conservation, research, and surveillance activities.