Richard Bossey is the winner of the Nature Seychelles' sponsored prize of 25,000 Rupees for juvenile Red Snapper "Tag and Release" given at a charity fishing tournament organised by the Praslin Fishing Boat Owners Association (FBOA). The Praslin Red Snapper Challenge was held on 6 and 7th April at Grand Anse, Praslin.  The aim of the competition was to raise funds for pension for retired fishers who were not benefiting from the national pension scheme. 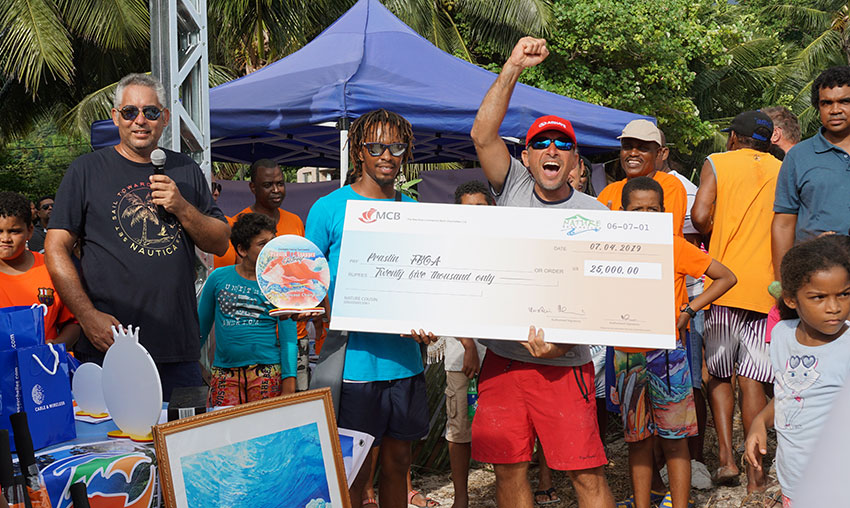 Nature Seychelles donated the coveted prize, which was in a special category of its own, to promote sustainability in artisanal fishing in Seychelles. Dalius Laurence the Chief Warden of Cousin Island Special Reserve, which is managed by Nature Seychelles, presented the cheque to the winner.

For many years, Nature Seychelles has worked in sustainable fisheries, and currently supports the Seychelles Fishing Authority (SFA) by providing its CEO Dr. Nirmal Jivan Shah as Chair.

"As the custodian and manager of Cousin Island Special Reserve, which has been a no-take marine protected area since 1975, Nature Seychelles is protecting fish species and ecological processes that are very important to the local artisanal fishery. Cousin is therefore a reservoir for artisanal fisheries," Dr. Shah said.

"As a non-profit charitable organisation we feel that local people must benefit from conservation. It is with pride therefore that we supported the tag and release category - the sustainable part of this competition - whose proceeds will benefit fishers who need to be assisted in their retirement."

This is the first time the Praslin FBOA is introducing tag and release in the competition. 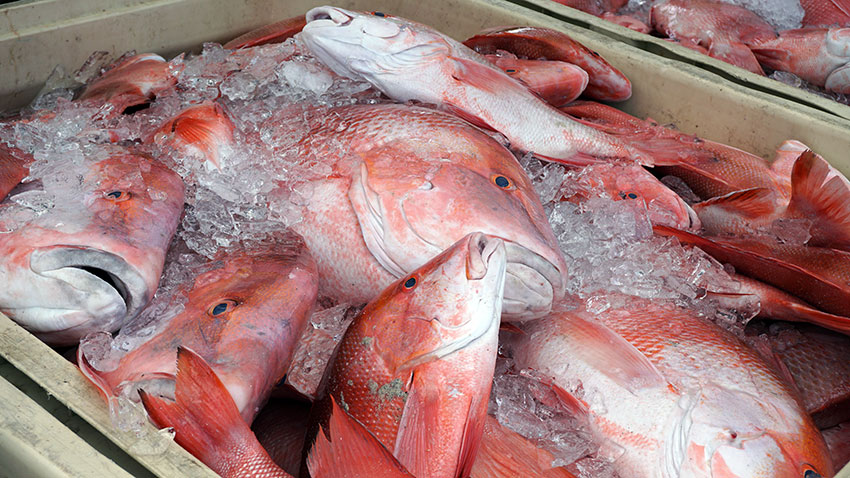 Mr. Louis Bossey, the tournament organiser, said that this year the emphasis was on Red Snapper. "It’s the most talked about fish of the Seychelles and we are trying to make it the culture of the fishermen to release the small ones. To launch it among the locals we decided to have as the main prize the Tag and Release category and we are very happy that Nature Seychelles came through and supported this excellent sustainability initiative."

Richard's name was drawn from a pool of participants who tagged, released and documented a total of 27 juvenile Red Snapper. For every documented release, the fishermen received a raffle ticket. Richard says he tagged and released 8 fish on that day.

"As the chair of the FBOA, I participated in the tag and release category to stimulate the activity among members of my association, as fishing of young Red Snapper is unsustainable. I was lucky to win because I didn't win in any other category," he said.

He added that he would like to see the SFA and others supporting and providing incentives for this, as fishers need to be motivated to participate so that this sustainable practice becomes established and common place in years to come. 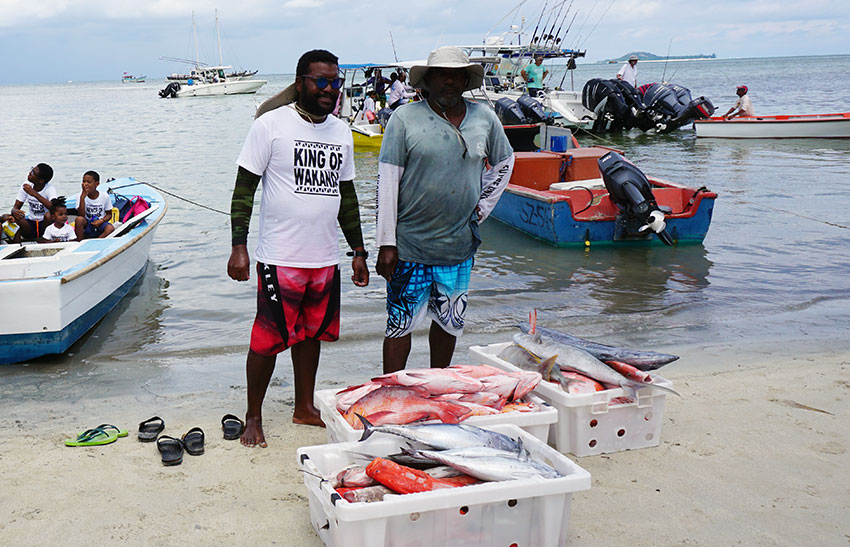 Other categories for the competition included the biggest fish of different species including Dorado, Vielle and Trevally, and the largest and small boats category in terms of loads.

The community on Praslin that included fishers, their family and friends, fishing enthusiasts, tourists and spectators came out in support of the event in what turned out to be a sunny and glorious day.

Bernard Labrosse a local fisherman participating for the first time, "for fun and to help each other," said he caught a lot of fish and released 2 juvenile snappers. Over 2 tonnes of fish brought in by 15 boats was weighed in and was sold to raise the funds needed to help the retirees.