Nature Seychelles has published its 4th issue of the Conservation Boot Camp magazine – Stories from the Field. The magazine compiles stories from participants of the innovative Conservation Boot Camp (CBC) programme based on Cousin Island Special Reserve. The programme is just over a year old and has received 30 participants from 16 countries so far.

Dr. Nirmal Shah the Chief Executive of Nature Seychelles started the programme to fill the Academia to Career gap he’s witnessed in his lifetime being a renowned conservationist. The programme is aimed at helping young conservationists straight out of school who want to bolster their careers with in-the-field experience, those wanting to take a break from desk jobs, and other people who want to give back to conservation. 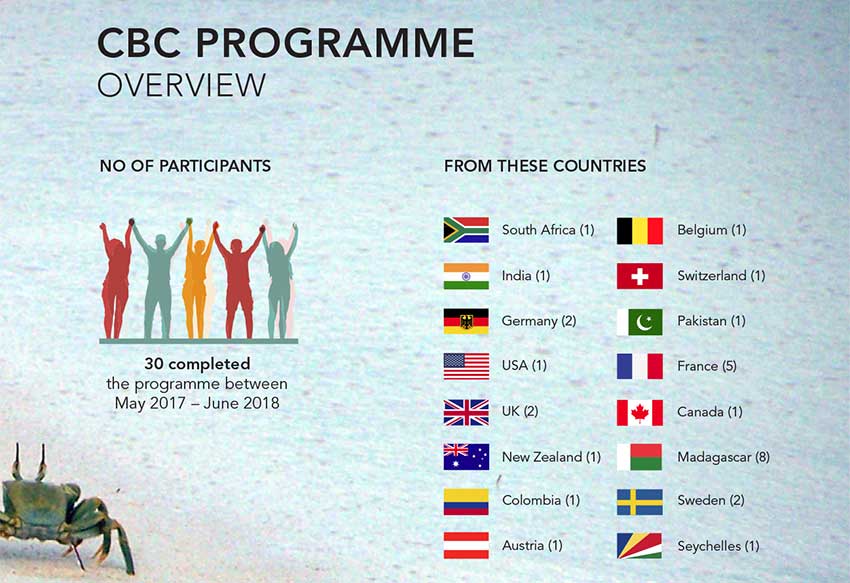 “This is a celebratory year for us. We celebrate 50 years of Cousin as a nature reserve and 20 years of Nature Seychelles’ existence. The Conservation Boot Camp programme is also 1 year old and so many things have happened and so many adventures have taken place.” Dr. Shah says in his introductory letter to the magazine.

The CBC has mostly attracted young people who come because of its design. But the programme has also hosted older people who are not in conservation, who are just coming for the experience, and people with their own businesses, who want to travel around and look at where there’s been conservation successes and innovations.

“When I first envisaged the program I was really thinking of straight-out-of-university and early career conservationists being interested in it. But the range of participants has been wide and has taken me by surprise. I’ve learnt that the pull of tropical nature is very strong and one doesn’t have to take up a career in conservation to want to participate in the CBC programme.”

“I’ve also learnt I had a super power I didn’t know I possessed. Of those who were thinking of further environmental studies or jobs in this field, the time I spent with each apparently had a strong and positive influence on their next steps. As part of the CBC programme I spend some time with each participant and we talk about whatever the participant wants to bring up. I’ve been told few senior practitioners bother to spend such unstructured time with young eager beavers. But through the CBC I’ve understood it’s enormously beneficial for many young people.” 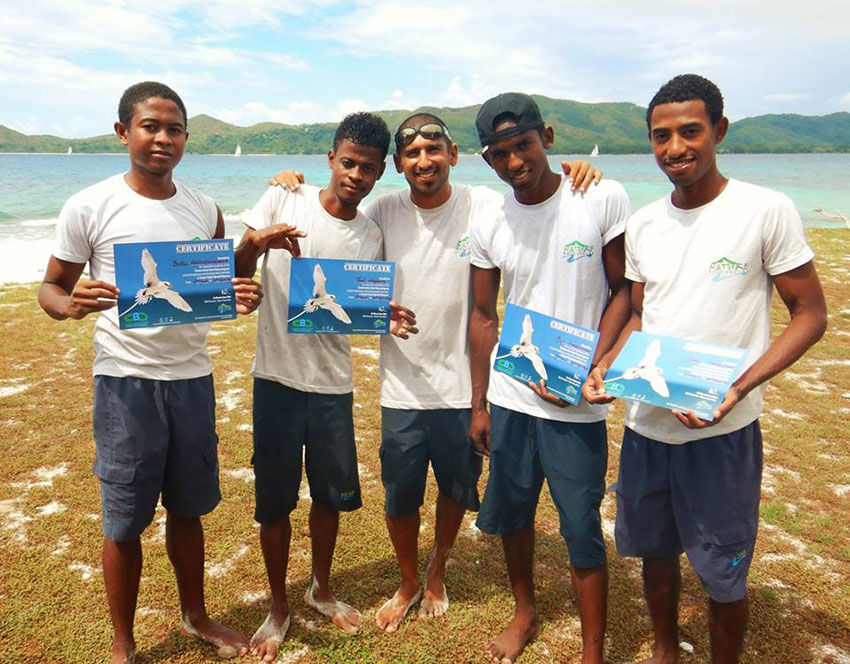 The programme also had the participation of students from Institut Halieutique et Sciences Marines, in Toliara in Madagascar.

“I am gratified that it seems to have been valuable for people from the region, in particular from Madagascar where I understand they are not exposed to conservation success stories. Using Cousin as a stage for “good news conservation” has been very powerful medicine for some of these young people. It proves that individuals can actually make a difference and we can indeed save biodiversity in our lifetime,” Shah says.

The Conservation Boot Camp is funded by the GOS-UNDP-GEF Protected Area Finance project.

A copy of the magazine is free to view and download at this link https://issuu.com/conservationbootcamp/docs/cbc_mag4-18