Tuesday, 31 January 2023
HomeKnowledge centreNews and StoriesHope for corals as young people rise to the restoration challenge

Each time Athina Antoine is diving she looks for an individual coral from the genus pocillopora, which she outplanted in 2019 at Nature Seychelles' coral reef restoration site on Cousin Island Special Reserve. She says it's a symbol of hope for her. It reminds her that the effort she and her fellow Reef Rescuers are putting in to save the island's reefs is worthwhile. 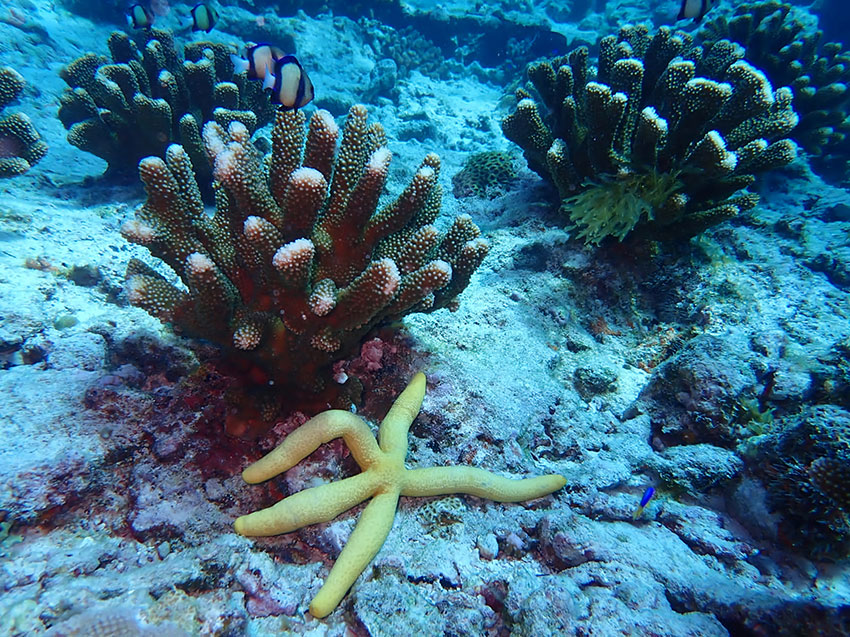 "This is a coral that I strung onto a rope as a mere nubbin and hung onto a mid-water nursery in the ocean alongside thousands of other such fragments. I looked after it as it grew, cleaning it of algae and other biofouling organisms before taking it to that spot on the reef. Three years later, I am excited to see it has grown into a healthy colony."

Athina has been a part of Nature Seychelles’ Reef Rescuers team since 2017. She has been fully immersed in the restoration work that the organization has been carrying out in the Cousin Island MPA for five years now. She is part of a global movement of young people who have risen to the challenges of climate change and who are taking steps to help corals heal. 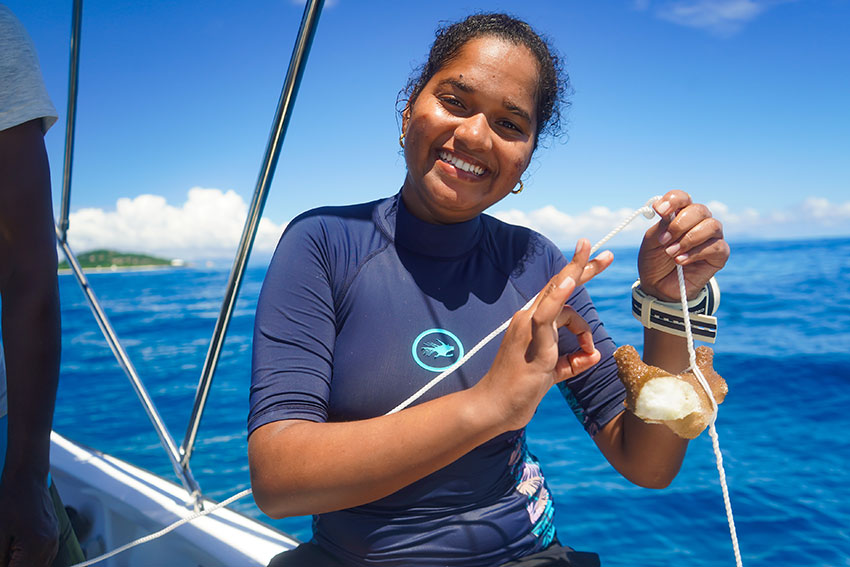 On Cousin Island, the Reef Rescuers are in what they are calling "outplanting full-swing mode" this November.

After sitting out the South East monsoon season and its resultant poor visibility and rough weather, they are racing to outplant thousands of coral fragments, which have been waiting in their nursery.

"Strong currents and surges during the past monsoon season slowed down our activities and affected our success due to an increased physical strain on divers and larger impacts on newly transplanted fragments," Dr. Luca Saponari, the Reef Rescuers' Senior Science and Technical Field Officer, explained.
Their target is to plant 1000 coral fragments by the end of December during this calmer period. 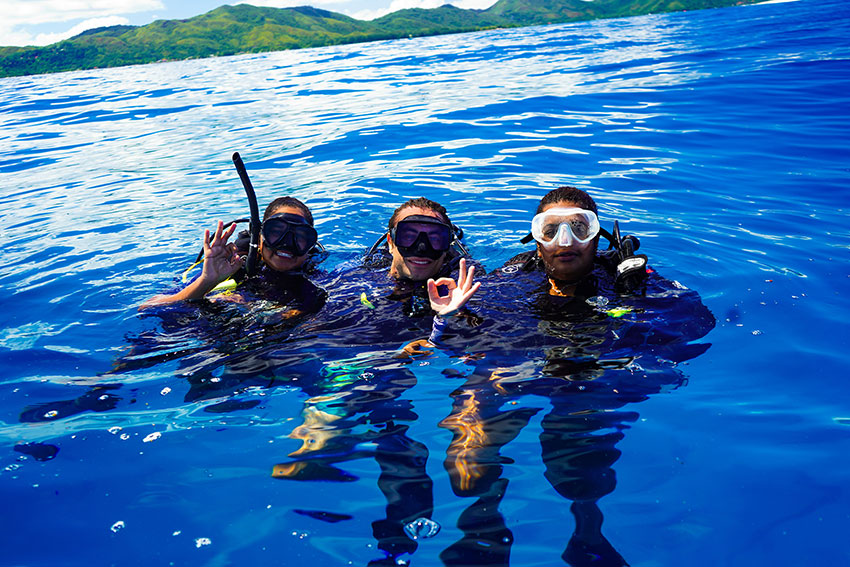 Two international scientific divers have joined them to assist with this laborious and time-consuming task. The process involves towing ropes fully laden with coral fragments - an average of 50 on a 10-metres rope - from the nursery to the transplantation site, selecting suitable outplanting spots on the reef, and then fixing the corals to the spot where they will continue to grow, cloning their cells to produce new tissue and attaching themselves to the reef. They will consciously monitor their survival and health.

Cousin Island's coral reef restoration project is in its third phase. The project is part of a joint regional effort in Seychelles and Mauritius funded by the Adaptation Fund through UNDP and the Seychelles government. 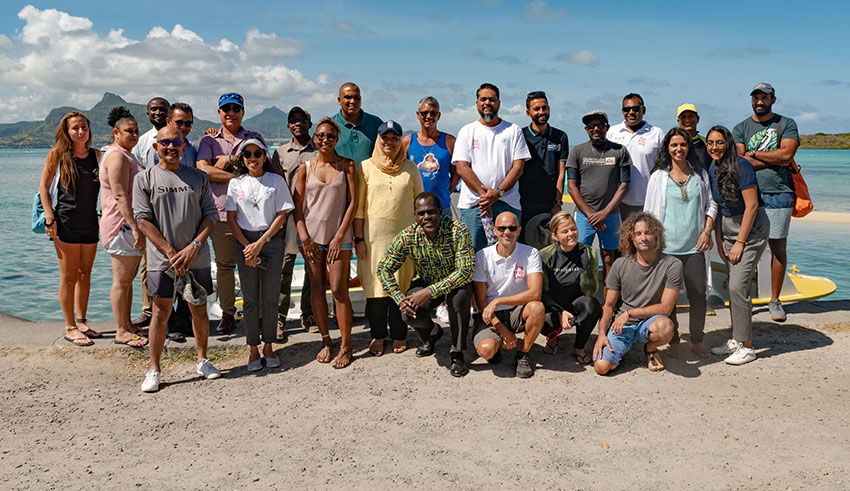 At a meeting of the project's regional steering committee in Mauritius last week, the partners in the project reviewed progress and lessons learned so far in both countries. Nature Seychelles' Chief Executive, Dr. Nirmal Shah, noted that it was helpful to meet with their counterparts in Mauritius who are carrying out the same project. It illustrated for him that in the region there's hope for corals.