Thursday, 29 July 2021
HomeAbout usStaff
Nature Seychelles is made up of a team of core staff, project staff, volunteers and interns. The following is the management team. 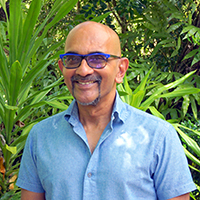 Kerstin was previously the country’s Environmental Management Plan (EMPS) Coordinator at the Ministry of Foreign Affairs. She is a professional resource economist who has coordinated the implementation of some of the major environmental projects in Seychelles including those funded by the GEF and the World Bank. 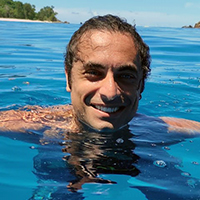 Luca is a marine biologist specialized in coral reef ecology and restoration. He has a Ph.D. in Biology and Biotechnology from the University of Milano-Bicocca and 6-years of experience working in a high luxury resort in the Maldives as an in-house marine biology researcher. His research focus is to study the role of coral predators as stressors on reefs, the use of technology such as drones and underwater photogrammetry to monitor reefs, and the improvement of resilience of coral reefs through restoration. Additionally, his goal is to engage local communities and the tourism sector in the implementation of global awareness and conservation strategies in a climate crisis scenario. He is also a Divemaster with experience in research and scientific diving. 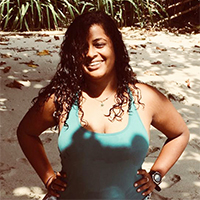 Roshni is a coral restoration practitioner and PADI Divemaster. After earning her Masters of Applied Sciences in Marine Environment from the University of Tasmania in 2012, she moved to the Andaman Islands in India. For 4 years, she worked as an independent researcher, affiliated with the Nature Conservation Foundation, on a Species Recovery Program for the endangered Dugong. She was then engaged as Project Manager with ReefWatch Marine Conservation. For the 5 years that followed, she and her team worked towards building India's first artificial coral reef, assisted by mineral accretion technology. Roshni is passionate about expanding her understanding of fragile coral ecosystems and working towards conserving their diversity. 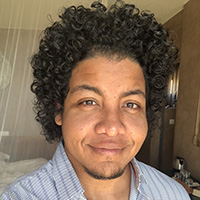 Sam joined the Nature Seychelles team as the Technical & Advocacy Manager for the Reef Rescuers project. He holds a BA in Business & Psychology and since graduating has worked with the leading companies locally in the fields of Telecommunications and Banking, where he gained experience in Project Management, Data Analysis, and managing small teams. He took part in the Aldabra Clean-Up Project, for which he also doubled as a videographer and has since become more interested and involved in Zoology and conservation. He recently joined the Victoria Hub of the Global Shapers, hoping to make a positive impact through both his professional and personal lives. 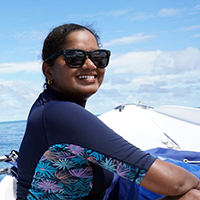 Athina joined the Nature Seychelles team in 2017 as a field assistant. Athina is from Seychelles. She attended the Seychelles Maritime Academy for two years and studied marine engineering, and is certified as a marine engineer. Her goal is to make a positive change for marine life, and that's why she decided to join the Reef Rescuers to start working in active conservation of coral reefs. She has now embarked on a career path as a biologist, specialized in diving. 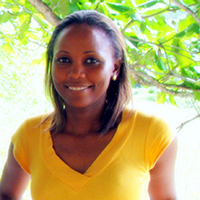 Liz is an experienced Communications Specialist and has worked in corporate communications, branding, public relations, marketing, public awareness, and advocacy. She holds an MA in Communications for Development from Malmo University, Sweden, and a Bachelor's Degree in Design from the University of Nairobi, Kenya. A confessed tree hugger, she has a long relationship with conservation non-profits having worked at East Africa’s oldest conservation NGO, the East African Wild Life Society, and later on consulting with several environmental NGOs and social enterprises in Kenya. 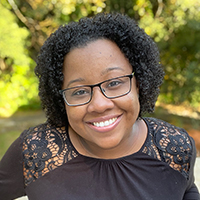 Corinne joined the Nature Seychelles team in 2020 as the Technical and Advocacy Manager for the Locally Empowered Area Protection (LEAP) project. With over a decade of experience teaching in Seychelles, she undertook a Masters in Sustainability and Management in the UK under the Chevening Programme, aiming to increase her involvement in community-based projects. 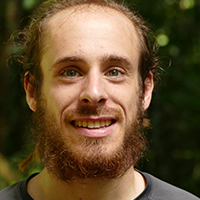 Gilles joined the Nature Seychelles team in 2021 as the Conservation Officer for the Locally Empowered Area Protection (LEAP) project. Gilles holds a MSc in wildlife conservation and has several years of experience collaborating with PhD students, researchers, conservation agencies and NGOs in various countries. Focusing now on tropical ecosystems, Gilles worked and led teams in forests and reefs to study and protect birds, herpetofauna, sea turtles and coral reefs. As a passionate diver, he focuses on understanding and enhancing the resilience of marine habitats

Eric has previously worked as the conservation officer for Cousin Island Special Reserve and has returned as coordinator for the reserve. A native of Rodrigues, Eric also worked on the Shoals Rodrigues project and has a wide range of skills in marine conservation, fisheries, sustainability and MPAs. 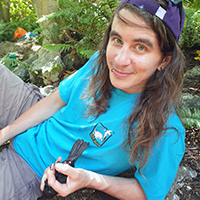 Chris Tagg started work on Cousin in June 2021. Chris holds a BSc in Ecology and Wildlife Conservation and an MSc in Biodiversity Conservation from Bournemouth University. Initially coming out to Seychelles in 2015, he has since worked on several islands. His past experience in Seychelles has included invasive species removal, herpetofauna research, and volunteering twice on Cousin where he thoroughly enjoyed the work and island itself. When the opportunity to come and work as the Science and Conservation officer arose, it was immediately seized upon. Chris has a passion for conservation and ecology with interests in birds, herpetofauna, and invasive species impact. He strives to constantly develop his skill set to become a practical well-rounded ecologist. 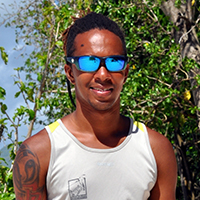 Dailus has been with Nature Seychelles for seven years, starting off as a warden, and working his way through the ranks to senior warden for one year, and later being promoted to the chief warden. During this time, he gained much experience in conservation both land and marine, and valuable knowledge on sustainable living on small island developing states. A graduate of the Maritime Training College, he is also a certified PADI advance diver and a past participant of the Earthwatch program in the Seychelles.

Dr. Phanor H MONTOYA-MAYA is a marine biologist specialized in coral reef ecology and reef connectivity. He has a Ph.D. in Biology from the University of Kwazulu-Natal South Africa, an M.Sc. in Ichthyology from Rhodes University South Africa, and a B.Sc. in Marine Biology from the Jorge Tadeo Lozano University in Colombia. Phanor volunteered as a scientific diver at the USAID/UNDP-GEF- funded coral reef restoration project in Cousin Island, Seychelles (Reef Rescuers) for 6 months, and in October 2014 he was appointed as the new Reef Rescuers Scientific & Technical Officer. Prior to this work, Phanor worked as a research assistant at the Oceanographic Research Institute in Durban, South Africa, and as a coral specialist for the National Geographic Pristine Seas expedition to southern Mozambique. He has knowledge of marine invertebrate biology, coral reef surveys, coral reproduction and recruitment, multivariate analysis, ecological genetics, conservation outreach, and citizen science. He is also a scuba diving instructor and a commercial diver