If you visit Cousin Island Special Reserve at a certain period of the year we can almost guarantee that you will see a turtle on the beach or nesting. The turtle season on Cousin is now in full swing. Every day, dozens of Hawksbill turtles come onshore to lay their eggs. As ecotourism returns to the island, turtle and human interactions are inevitable. We follow a set of international Best Practices to ensure that these critically endangered species nest undisturbed while providing visitors with a rare opportunity to observe them as they do so. 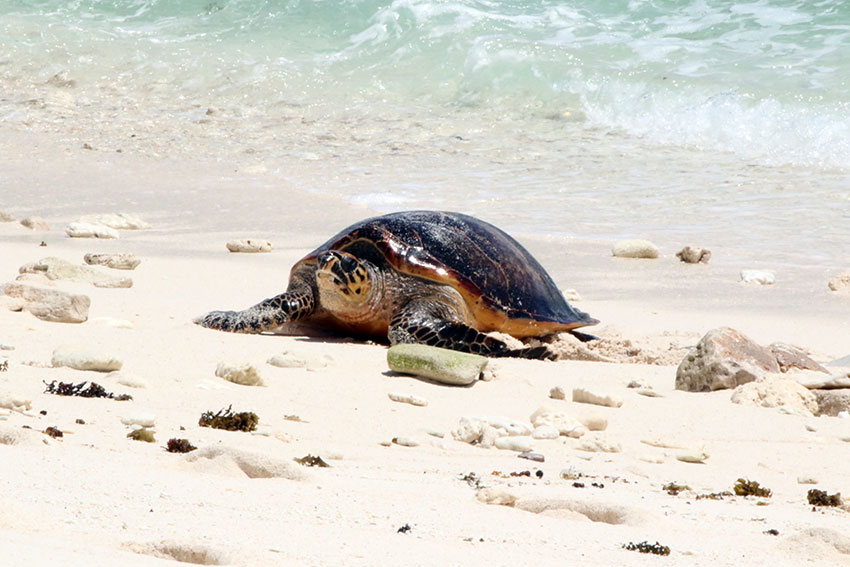 A turtle emerging from the water to nest on Cousin Island

Cousin Island Special Reserve is the region's most important nesting ground for Hawksbill turtles. The Reserve provides a safe nesting sanctuary for Hawksbills, which are still listed as "Critically Endangered" on the IUCN Red List. On the island and in its surrounding marine protected area, the turtles are under the care of the staff, who also carry out the longest-running monitoring program for the conservation of this species, which dates back to 1971. Seychelles and international law protect turtles from persecution and harm. Cousin's Special Reserve status also restricts human impact on biodiversity. Thus, all activities related to turtles must meet the highest international standards, and we strictly follow the following guidelines.

The first rule is not to approach a turtle until she starts laying eggs; otherwise, she might be spooked and return to the ocean. During laying, a turtle enters a trance-like state and is unlikely to be disturbed by humans. Tourists view turtles from behind from a distance. There is always a staff member between the turtle and visitors. They explain data collection to help create awareness and education. They may dig a small channel at the back of the egg chamber so that visitors can watch the turtle deposit its eggs, but egg handling is not permitted to ensure no chemical or biological agent enters the egg cavity. 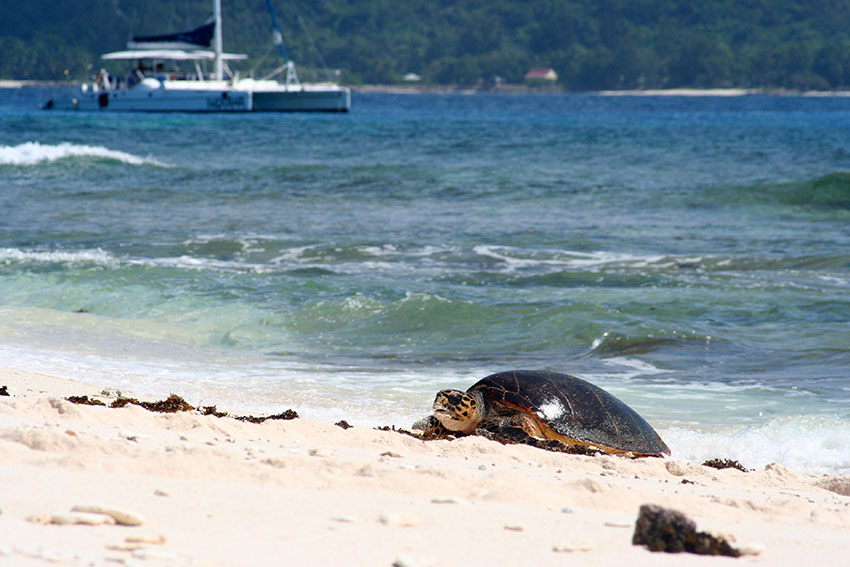 Tourists view a turtle one small group at a time. They are asked to stay quiet, move slowly, and move away if the turtle shows signs of distress. Flash photography is not allowed. They are kept from trampling existing nests. Once Hatchlings start to appear, they are allowed to go to the sea unhindered and without aid so that they can pick up navigation cues important for their survival and which they use in adulthood to return to their natal beach.

During nesting season, turtles mate close to shore. Staff keep a lookout for them to avoid startling them. Because of our method of boat landing where the boat is driven straight onto the beach, staff also take care to avoid boat strikes. We discourage getting too close or touching turtles while swimming, snorkelling or diving, unless it is to provide assistance. We also keep our beaches clean of pollution to avoid harmful plastic litter from getting into the sea. 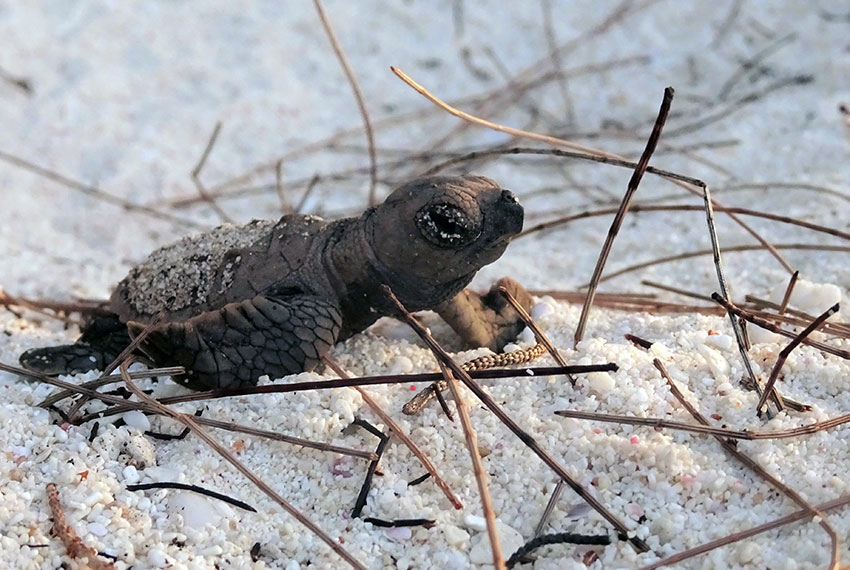 Hatchlings should be allowed to go to the sea unhindered

The experience on Cousin shows that protection of female turtles nesting or coming in to nest is an effective way of conserving turtle populations. The nesting population on the island has increased 8 fold since monitoring started – a huge global success story. These best practices can be used elsewhere in Seychelles. Additionally, people can keep nesting beaches free from trash or large objects such as beach chairs, refrain from activities that would stop nesting such as loud music or driving on the beach, keep dogs away from turtles and hatchlings, keep beach lighting to a minimum, and leave nests undisturbed.