Wednesday, 28 September 2022
HomeKnowledge centreNews and StoriesFeathered favourites: 7 Birds you will love to see on Cousin Island

On Cousin Island Special Reserve the bird life is abundant and close at hand. 5 decades of conservation have dramatically increased the bird populations, making this island a birder's paradise.

The Special Reserve is home to five endemic bird species, and eight seabirds of global importance. Here is a list of some of our favourite feathered friends that you can see at the Special Reserve.

The popular one
The Seychelles magpie robin (Copsychus sechellarum, Creole - Pi Santez) would win any popularity contest. The charismatic black-with-a-white-patch bird is attractive with a personality to match. Each individual is tracked and can be identified by its set of rings. A devourer of soil invertebrates, it enjoys the company of giant tortoises because they disturb the soil and leaf litter as they walk, exposing cockroaches and other tasty treats. When wardens whistle and turn over rocks, it quickly comes down to show off for visitors as they click away on their cameras. 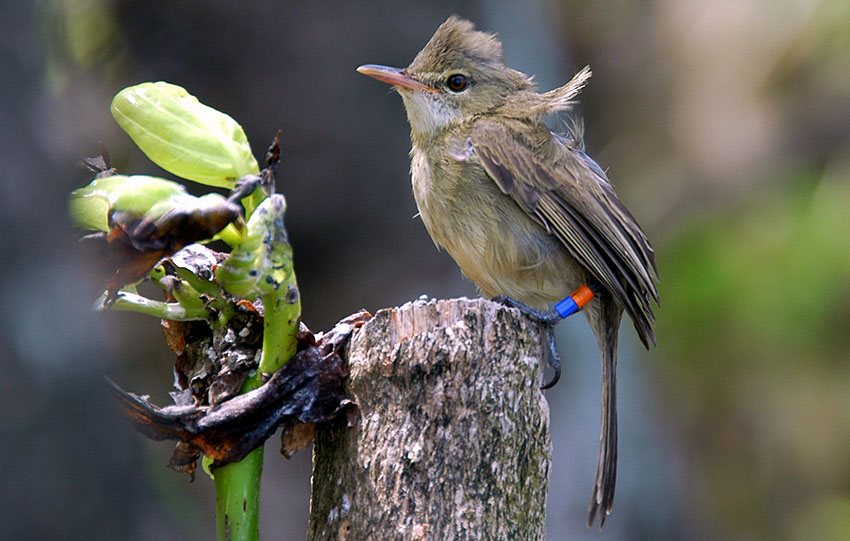 The celebrity
The Seychelles warbler (Acrocephalus sechellensis, Creole - Timerl dezil) is arguably the most talked about bird on the island. Cousin is synonymous with this bird; BirdLife International bought the island to save it. An unremarkable bird, known as the "small brown job" to some, it rose from the ashes of near-extinction to become one of the world's most celebrated conservation success stories. From an initial 26 birds on Cousin, today 3000 birds sing their song on five islands.

The ethereal one
When the all-white tern (Gygis alba, Creole - Golan) flies, you can hear gasps all around. Their wide-eyed and fluffy offspring are equally cute, whether clinging to tree branches or being fed a whole fish by their parent. Sometimes, Mother Nature just wants to show you how stunning she can be with just one bird. 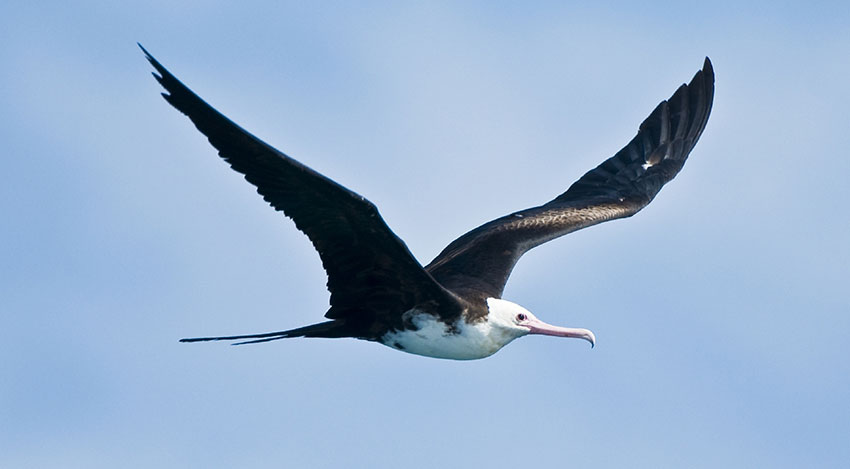 Majestic in flight is the Greater frigatebird (Photo by Peter Chadwick)

The master of the sky
If you stand atop of Cousin hill, you will catch sight of a soaring Greater frigatebird (Fregata minor, Creole - Gran Fregat). The seabird is hard to miss as it glides above tropicbirds, terns and noddys. Although they don't nest on Cousin, a much-loved pastime of residents of the island is to stand at the viewpoint and watch them.

The show-off
Aerial displays are the forte of the spectacular White-tailed tropicbird (Phaethon lepturus, Creole - Payanke). If you see a white bird with long streamers putting on an acrobatic show against a bright blue sky, then that would be our friend. 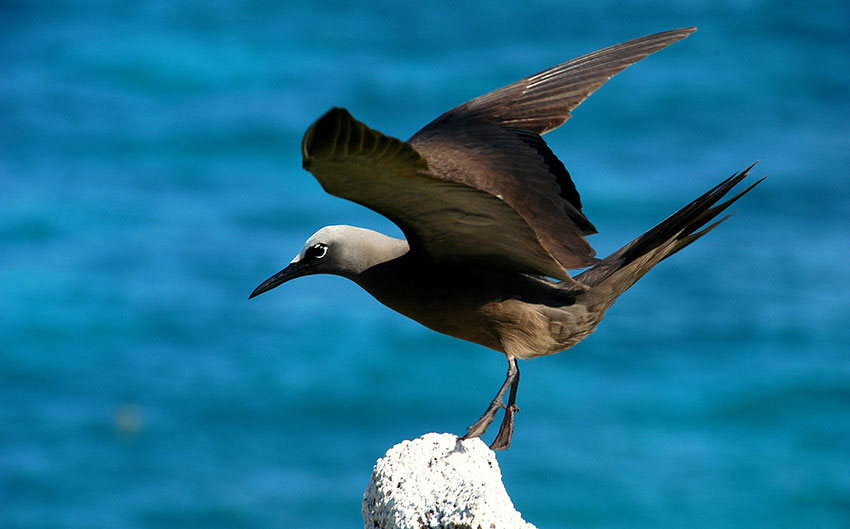 The noisemaker
The sound of thousands of Lesser noddys (Anous tenuirostris, Kelek in Creole) alerts you to their presence throughout the island during nesting season. As does the poop. It is everywhere. A noddy's mating ritual involves the male carefully selecting a dead leaf from the ground and offering it to the female. Should she reject it, he will pick another. They repeat this until one is accepted. You will see birds flying everywhere to collect leaves. A nest made from dried leaves and bird poop is then built.

The Wedge-tailed shearwater (Ardenna pacifica, Creole name - Fouke) makes a ghostly, wailing call that's perfect for Halloween. At night they come back from the sea and crash land into shrubs and rocks while looking for their roosts.

There you have it. What's your favourite bird?