We're excited to announce that the turtle nesting season is underway on Cousin Island Special Reserve. This is the busiest time of year for our staff, who are continuing the long-term monitoring of this species, which began in 1970. 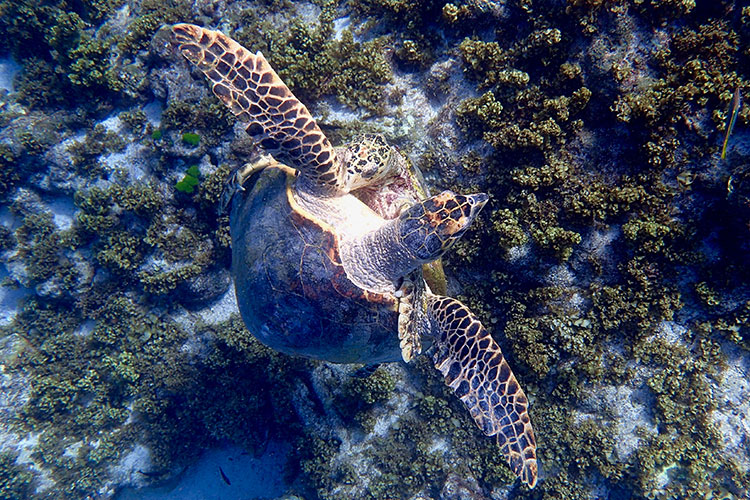 The sighting of the tracks of a Hawksbill turtle (Eretmochelys imbricata) one morning last week signalled the onset of nesting season. Chris, our conservation officer on the island, immediately sent a message with photos. "And so it begins," he said, a tad melodramatic. Since then, two nests have been found but there have been no encounters of nesting females yet.

"The season is delayed compared to 2020-2021 one, which started on 7th September and closed on 8th April," he says. "Nevertheless, I have organized rigorous daily beach patrols on the five beaches heavily used by this species, to make sure that nothing is missed." Beach patrols typically begin at 6 am and end at 6pm. 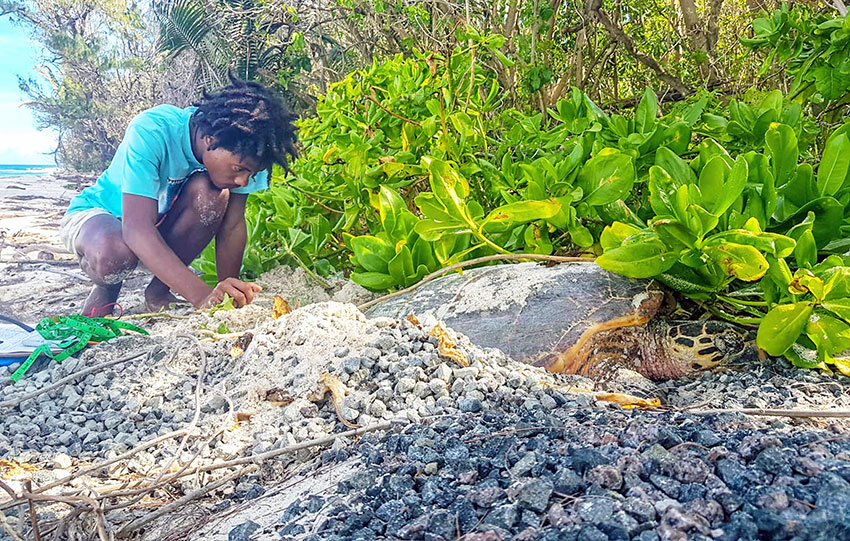 The turtle season keeps the staff busy with data collection

Seychelles hosts one of the largest nesting populations of the critically endangered Hawksbill turtle in the world and Cousin is the most important rookery here and in the western Indian Ocean. We expect hundreds of turtles to emerge from the waters around the island to nest. Each will do so two to six times in the season.
The staff will be on the lookout for them, recording each turtle seen, the type of nesting activity, track and shell measurements, and tag numbers. They will tag all new turtles and record nests and tracks left behind by the turtles that have not been seen. They will log abandoned egg chambers and body pits with reasons for rejection noted for analysis and conservation action. These could include roots or rocks encountered by a digging turtle, a cave-in of the chamber, and disturbances by humans or animals, falling trees or branches. Nests will be marked for excavations two months later to determine hatching success.

Although the turtles are yet to be seen on land, mating activities have been observed in the water. Turtles swim offshore to mate before the females come to nest.
Last year's data shows the importance of this island as a nesting site. The total number of emergences recorded was the highest in the past ten seasons, and the number of nests was the second-highest in the last six seasons. 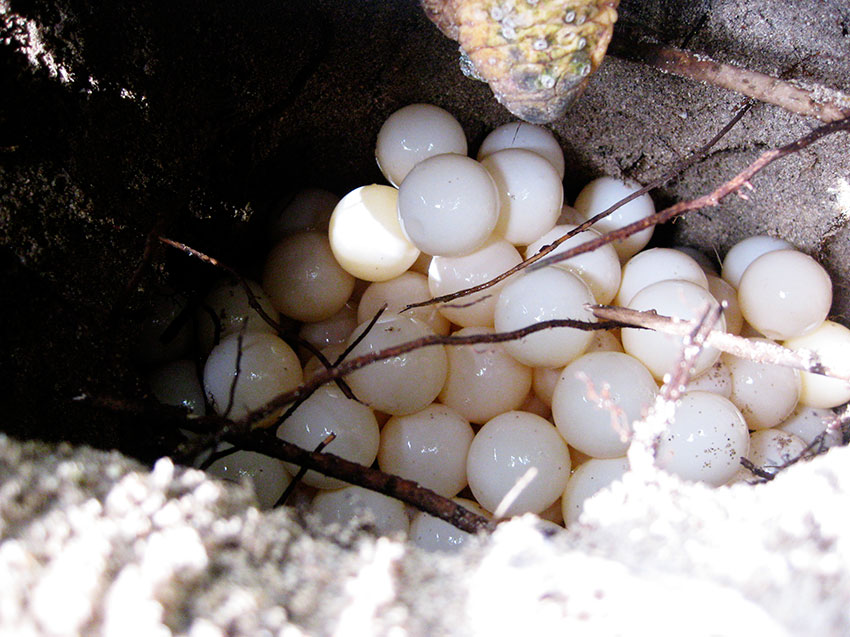 Cousin is the most important rookery for this species

"Cousin is a global conservation success story for the Hawksbill turtle. Turtles come here because they are free from human persecution, disturbances, and pollution. The marine area 400m from the high watermark is also protected by law," says Dr. Nirmal Shah, Nature Seychelles' Chief Executive.

"Nesting season will start in all of Seychelles. Although the law prohibits it, turtles are still poached and harmed. Members of the public can help by not taking part in harmful activities towards turtles and reporting any such activities to authorities," he adds.

Other things they can do are not disturbing or distracting a laying turtle; alerting the ministry of environment or an NGO monitoring a nesting beach when they see a turtle; and keeping nesting beaches safe and free of litter.