Nature Seychelles continues to improve the skills of young Seychellois to work in conservation and to provide them with career opportunities. Two Seychellois youth have been provided with a series of training under the Locally Empowered Area Protection (LEAP) project. The two have recently been employed as rangers under the project based at the Baie Ternay and Port Launay Marine National Parks, which is being implemented under a co-management arrangement with the Seychelles National Parks Authority. 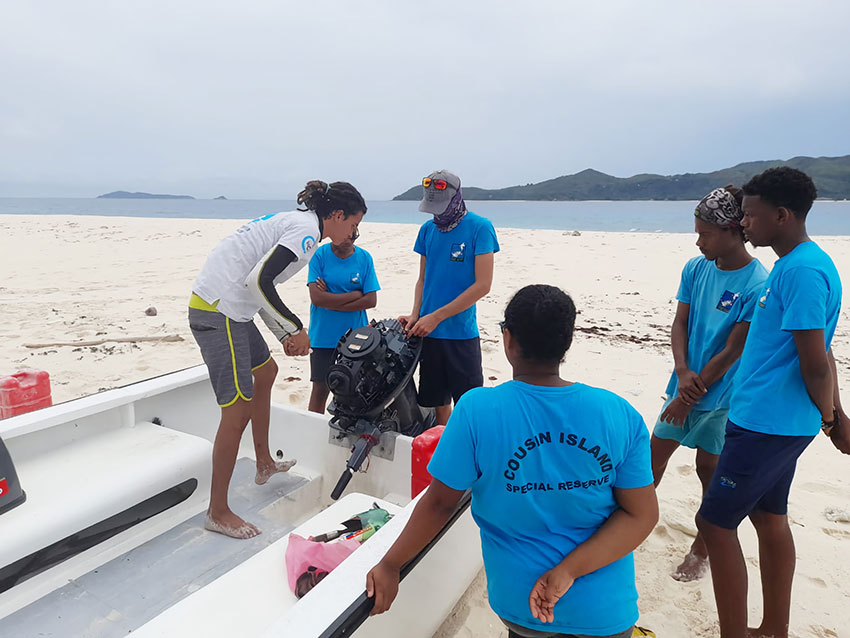 Yves learning how to maintain a boat on Cousin Island

If Yves Gonthier is sure about anything it is that he has come back from Cousin Island Special Reserve filled with a wealth of knowledge he has gained from that biodiversity haven. "It is different, so different from anywhere else I have been or ever done," he exclaims.

Yves spent 6-weeks embedded on the island with the highly-trained and commended island wardens learning everything from conservation to ecotourism to island management. He participated in daily monitoring of land birds, data collection for breeding seabirds, invasive species removal, and beach clean-ups.

Outside of conservation, he learnt about boat maintenance from a senior warden and participated in Cousin's unique way of beaching a boat. "I love all things boats," he says, "but I have never done beaching the way it's done on Cousin."

"He was able to beach the boat after only one training session, which is quite impressive," says Dailus Laurence, the Chief Warden on Cousin. "He is very proactive and a quick study and he straightway learnt how to maintain a boat engine."

Yves also trained in ecotourism and took part in disembarking and embarking tourists, while following a strict safety protocol laid down by island management. 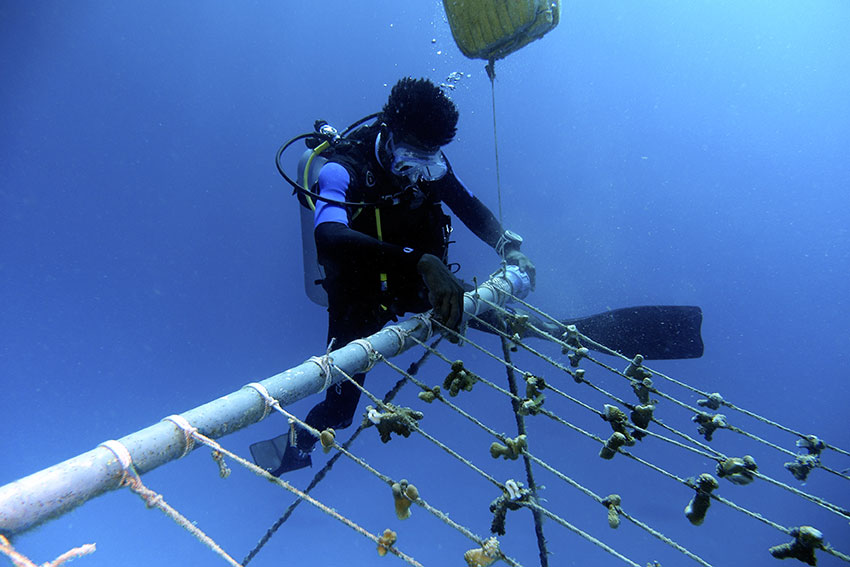 Meanwhile, on Praslin, Rudd Joseph - a former warden on Cousin - was diving into coral reef restoration with the NGOs Reef Rescuers. Under the watchful eye of Team Leader, Luca, he participated in the collection of healthy corals from donor colonies and putting fragmented pieces on ropes ready for the nursery, fixing anchors for the underwater nursery, cleaning the nursery to remove algae and preparation for team dives. Prior to this placement, Rudd had been certified as a PADI scuba diver under the LEAP project. The Reef Rescuers commended Rudd's willingness to take part in all aspects of the project, adding that he had become a valuable contributor. "We gave him a detailed briefing of each activity, which he followed and a debriefing to share feedback and improve his skills," explains Luca. 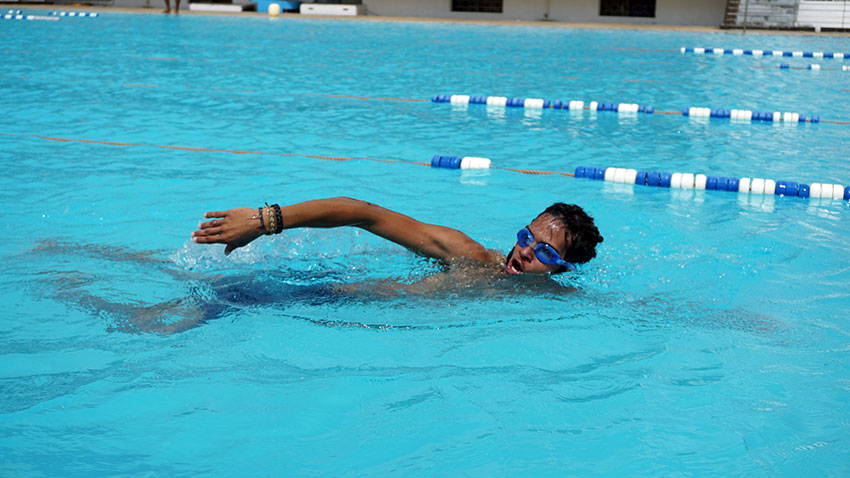 Yves during a lifeguard training session

The two rangers are now back on Mahe and are currently undertaking lifeguard training with the Seychelles Fire and Rescue Agency to improve their swimming endurance and learn various lifesaving techniques. This is the first of a series of training, aimed at building the capacity of local actors for LEAP, says Corinne Julie the Technical and Advocacy Manager. "Both parks are frequented by locals and tourists alike. There is an increasing need for lifeguard presence," she says. Other training to be provided include first aid, eco-guiding, boat operation, and certification.

Improving livelihood diversity is a core objective of the project, which will allow the community to better participate in the effective management of the two protected areas. The LEAP project is funded by the German Climate Change Initiative (IKI) and implemented with technical support of the International Union for Conservation of Nature (IUCN)