It has long been the tradition of Nature Seychelles to offer attachments to young Seychellois on Cousin Island Special Reserve as part of its EnvironMentor Program. From January to March this year, it was the turn of three students from the Seychelles Tourism Academy (STA) to get a taste of nature conservation on the island.

When she walked into our office last week, Charlotte Bonne was suited and booted, a far cry from her barefooted-shorts-and-top attire on Cousin Island. Charlotte now has a job at a local Destination Management Company (DMC). But just a few weeks ago, she was marooned on Cousin and totally immersed in conservation work alongside her fellow students, Annie Gendron and Christopher Rose.

Does she miss it? "Yes," she responds emphatically.

Annie and Charlotte are both at our offices for a debriefing and to give feedback about their stay on the Special Reserve. 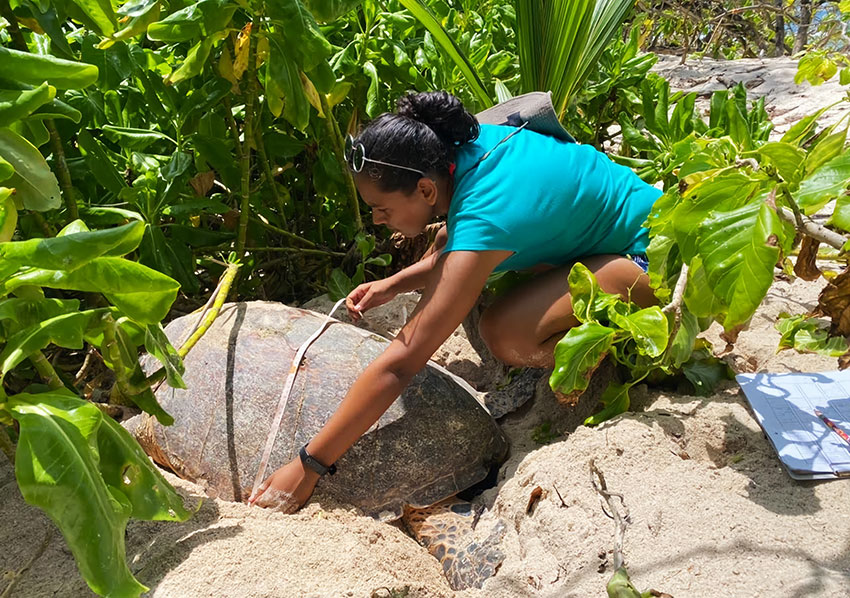 Annie taking the measurements of a nesting Hawksbill turtle

"Overall, it was an amazing experience," Annie says. "All of my previous work attachments involved tourists, and I knew Cousin would be different and I would learn new things. It is a completely different atmosphere from Mahe. It is a peaceful place to live," she adds.

"It helped me to become more independent," Charlotte agrees and adds that she learnt a few things she didn't know. "When I first came to Cousin I knew nothing about conservation, but after these three months I have gained valuable knowledge about the island and why we actually protect it." 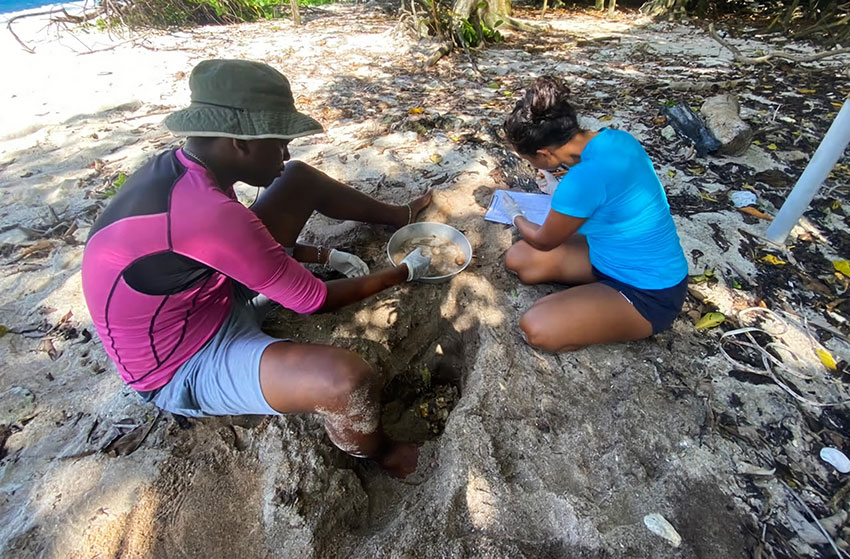 Carrying out nest excavations to check on hatchling success

The students followed a laid down conservation program, which includes monitoring and management of wildlife and their habitats, beach clean-ups, clearing nature trails, and removing invasive species.

Annie says she enjoyed excavating nests to check for Hawksbill turtle hatchling success, and not surprising her highlight was finding live hatchlings and watching them as they make their way to the sea. "The attachment has allowed me to build a new mindset around conservation. I’ve gained a lot of confidence in working and completing tasks on my own and that has helped me in building my self-confidence," she says.

Charlotte said she too enjoyed turtle work and learning about the unique nature of the Hawksbill turtle.

For his part, Christopher, who is still based on Cousin, says he was driven to the island by curiosity, having heard about it from his mother who's a former tour guide for a local DMC. Christopher also liked turtle patrols, because he was able to witness the turtles coming to lay their eggs and also see hatchlings making their way to the ocean. He disliked mosquitoes the most.

Although not having the trappings of modernity such as Wi-Fi and 24-hour electricity was challenging at first, the trio took this opportunity to explore the island through leisure activities and socializing with the wardens.

"I’ve learnt how to cook my own food and wash my own clothes, and most importantly I was able to make new friends," Christopher says. "The wardens treated me with respect. I would like to thank everyone for such an amazing time here." 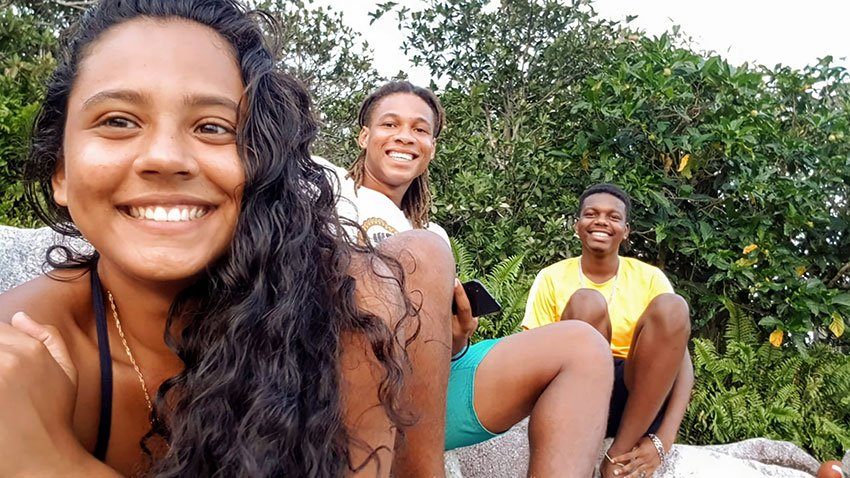 There was time to explore and socialise in between tasks

Charlotte and Annie also had high praise for the wardens. "They treated me with the utmost respect and I was able to learn a lot about Cousin Island life while sunset watching and snorkelling," Annie says.

The students training was made possible by the support we have received from the European Union and the Organisation of African, Caribbean and Pacific States through the BIOPAMA Programme, which is supporting the island reserve through the project "Supporting management effectiveness and improve socio-economic resilience in the Cousin Island Special Reserve, Republic of Seychelles." The project funds the salaries of staff on the reserve ensuring that they can remain stationed on the island and continue to carry out conservation, research, and surveillance activities.