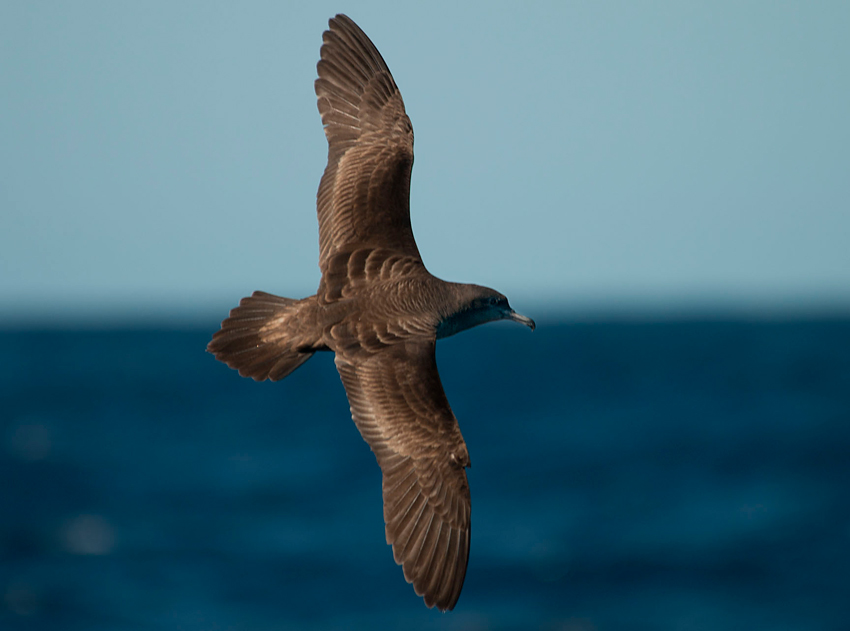 Shearwaters are fast flying seabirds that flies close above the water surface far out at sea, feeding on small fish and invertebrates.

They pick their prey from the water surface or dive to catch it, using their wings and feet to propel themselves underwater. At night, they return to nesting colonies on land, making weird wailing noises as they fly in to land and throughout the night. They nest underground in burrows and under rocks, and suitable predator free islands are densely covered in shearwater burrows, Their young fat chicks were traditionally collected as food. Now, most breeding colonies are protected by law.

Wedge –tailed Shearwaters on Cousin can dive to a depth of 60 metres to catch fish , but usually stay within 20m of the surface. 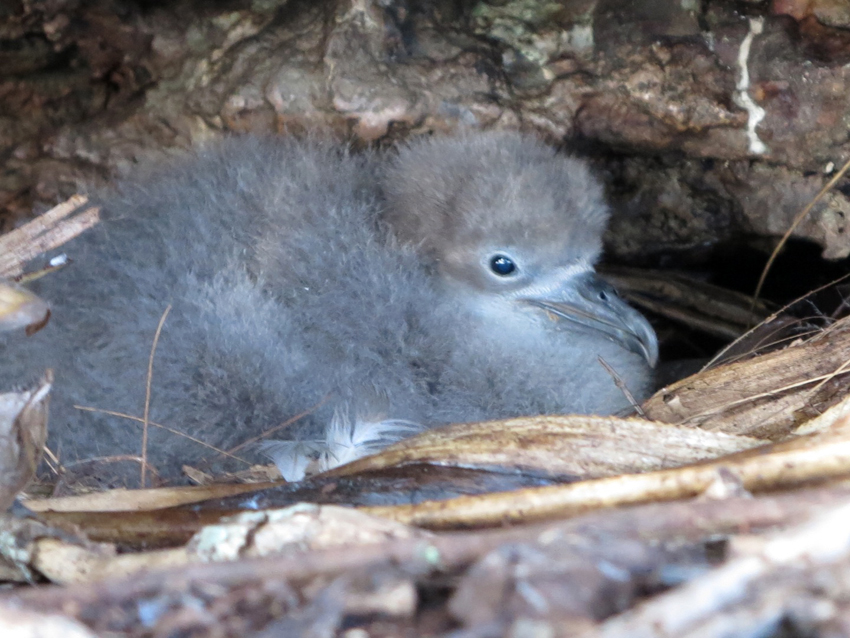 Scientific name: Ardenna pacifica
World distribution: Throughout the Indian Ocean and Pacific
Population in Seychelles: Around 60,000 pairs in the granitic islands, at least 25,000 birds more on outer islands
Distribution in Seychelles: Breeds on predator-free islands, including Aride, Bird, Cousin, Cousine, Recif, Mamelles. Also in the admirantes to the south.
Nest: In burrows in earth , under rocks. One egg laid.
Diet: Dives to catch small fish and squid
Identification: An all dark seabird, skims over the waves in flight. 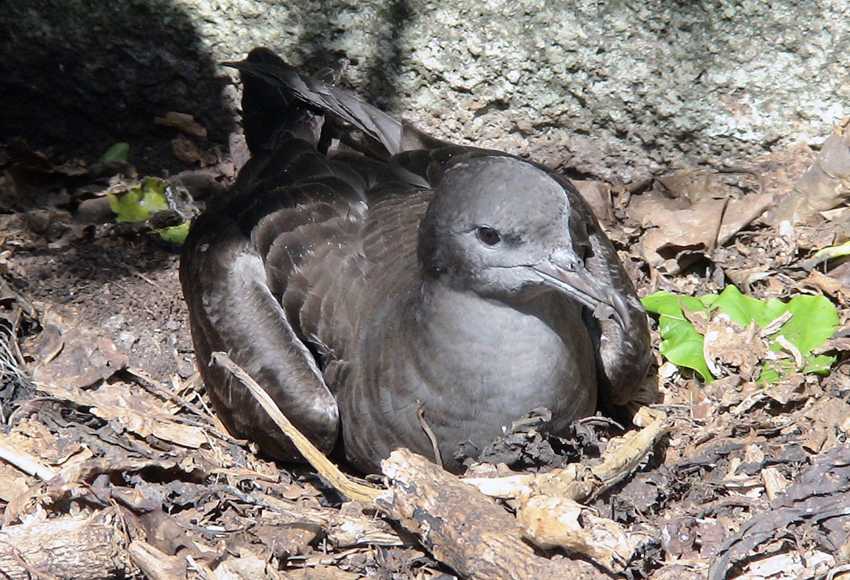