Take a moment to imagine yourself on a beach in unspoiled nature. As the sun rises over Praslin Island, the sky is painted in a myriad of stunning hues. Taking in the breath taking view, you realize that something is happening nearby. As you watch, dozens of tiny Hawksbill hatchlings appear from the sand. This is a spectacle that only a few lucky people ever experience. On Cousin Island Special Reserve, it started in mid-December 2022 to the delight of the turtle team monitoring this species. 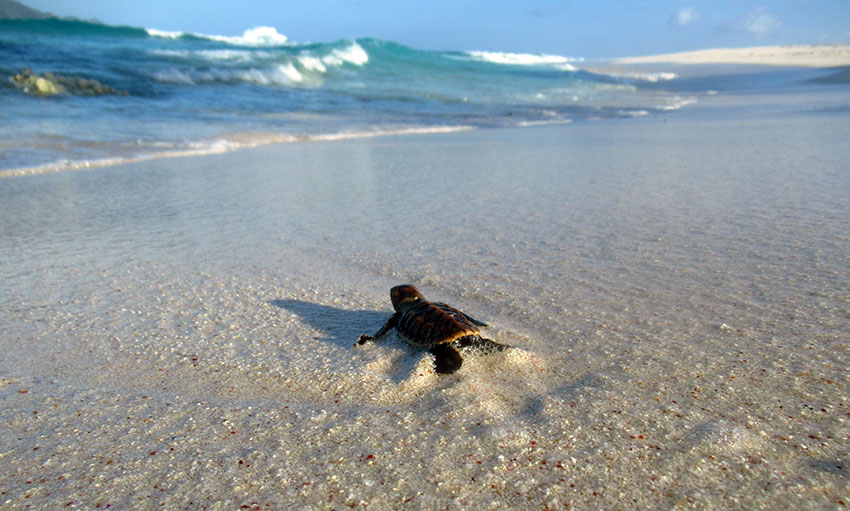 Making a dash for the ocean

The Hawksbill turtle is a critically-endangered species of sea turtle and Cousin Island is a key rookery for this species in Seychelles and the western Indian Ocean. Hawksbill turtles come to this island reserve every year to lay their eggs. The island has seen an eight-fold increase in the nesting population since monitoring began in the 70s. The 2022-2023 nesting season began in September and is expected to end in March.

Baby turtles begin to emerge from their nests nearly two months after nests have been laid. Nesting begins with seismic-like activity before hatchlings emerge from a nest.

Things move quite slowly at first with one or two trail-blazers appearing and starting out on their own towards the ocean. But soon, the undulating sand will signal an imminent upsurge of baby turtles. A primordial instinct will guide them to the embracing waters. 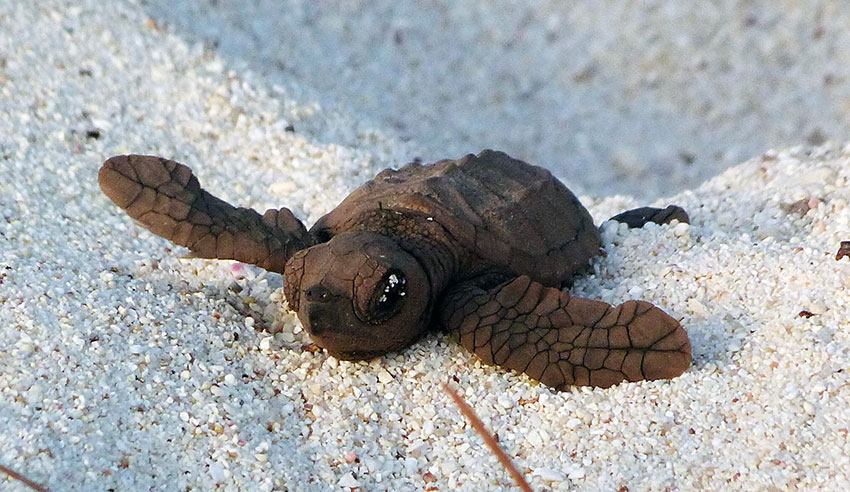 Hatchlings are brownish on top and light underneath with a carapace length of approximately 4 cm. They weigh in at about 14 grams. You will see these tiny brown dots scrambling across the sand to reach the water. The dash to the sea helps them to imprint the location of the beach they were born on, to which females return as adults to nest.

On their way they must avoid two species of Ghost crabs that are known to predate both eggs and hatchlings.

After the last hatchlings have emerged, the team will excavate their nest to check for hatching success. They will count the number of shells, dead hatchlings within the nest - both completely hatched but dead or those that died while trying to hatch, unhatched eggs, and those lost to predation. Sometimes during and excavation, live turtle hatchlings that were unable to leave the nest are found and freed. 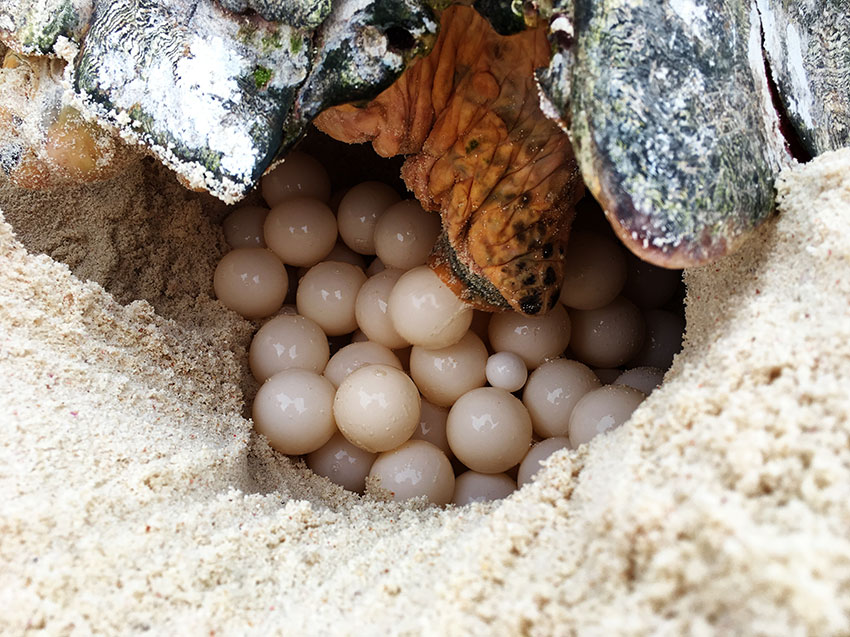 This species has a similar life history to other marine turtles. After hatchlings emerge from the nest they enter the sea and swim directly out to sea for several days. They spend the next 5 - 10 years drifting in the surface waters, carried by ocean currents and are often associated with rafts of Sargassum (floating seaweed), before moving to reef habitats when they reach about 30-40cm.

In addition to being a beautiful process to observe, hatching events are a helpful reminder of the importance of ongoing conservation efforts for this species of turtles.