Nature Seychelles’ Reef Rescuers held an engaging workshop - dubbed the Junior Reef Rescuers - with a group of young children on Praslin Island to help create the next generation of coral reefs practitioners in Seychelles. 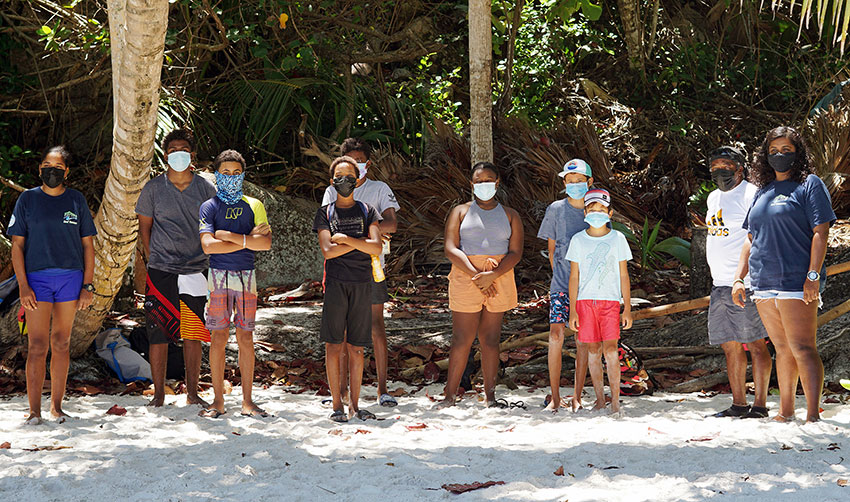 Seven animated kids spent the weekend of August 28th and 29th snorkelling, swimming, and frolicking in the ocean, while learning about coral reefs at the Anse Lazio and Anse Gouvernman beaches on Praslin. Organised by Nature Seychelles’ Reef Rescuers, the Junior Reef Rescuers workshop was held with the Grand Anse Water Sports Centre, Praslin and with the consent of the parents of the children.

The first day’s program started at Anse Lazio with Reef Rescuers Athina Antoine and Roshni Yathiraj introducing the eager learners to corals, what they are, and the vital role they play as habitats for fish and other animals, tourist attractions, food, and medicine source, and in coastal protection. The children heard about coral bleaching and other harmful activities that affect corals such as pollution, destructive fishing activities, taking corals for souvenirs, and damage from boat anchors or people standing on corals. They learnt that people should take care while diving, snorkelling and weighing anchors to prevent this. A snorkelling session where the children dipped their heads beneath the water to look at various coral and fish species followed. 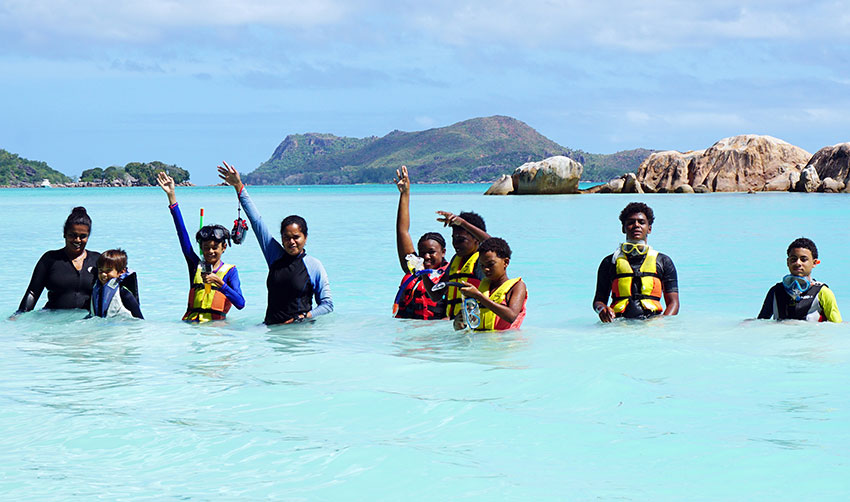 It included learning about corals and snorkelling to see them underwater

“I enjoyed being next to the corals because there was a lot of fish there,” said an excited Jasmine. “I learnt that corals bring a lot of money through fishing and tourism and that we should take care of them,” she added.

On the second day at Anse Gouvernman, the Reef Rescuers introduced Nature Seychelles’ program to restore corals through coral gardening at the Cousin Island marine protected area. They explained the 3-step coral gardening method of collecting healthy corals, stringing them onto ropes, and raising them in underwater nurseries before planting them onto degraded reefs before they went snorkelling. Unlike Anse Lazio, which had more live coral cover and fish, the children observed more rubble than corals here, which was a good way to compare a good reef from a bad one. They asked questions about the state of the reef and the seagrass and seaweed they saw, Athina said. The day ended with the children trying their hand at tying dead coral pieces collected on the beach on ropes, just as the Reef Rescuers do. 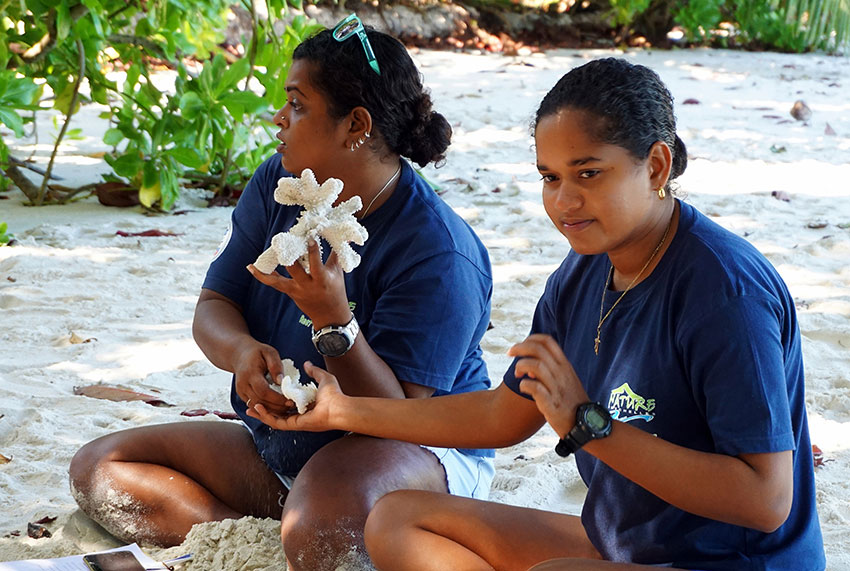 “We learnt to respect the habitats and not to touch anything. The best part was the roping activity,” said Irad.

“I love working with children and showing them new underwater worlds. This was my first time interacting with children in Seychelles. I was slightly nervous, but they pleasantly surprised me with their response. Kids will always be kids - eager, fearless, and full of curiosity,” Roshni said.

Mr. Elvin Jeannevol, aka Spear, from the Grand Anse Water Sports expressed his satisfaction with the activity. “I’ve been taking tourists to Cousin Island for many years. I’ve seen what the Reef Rescuers do. As I work with these children and they are used to the sea, I thought it would be good to introduce them to this work so that maybe in the future they can be involved in it,” he said.

The Junior Reef Rescuers program will continue with more kids targeted. It is part of the coral reef restoration project supported by the Adaptation Fund through UNDP and the Government of Seychelles.

“One way we can help save our coral reefs is by educating children and adults alike about their importance and what affects them. This is one way of doing so,” concludes Luca Saponari, team leader of the Reef Rescuers.