How does an Aldabra giant tortoise lay its eggs? The answer is very slowly. These past few weeks we have had three of our wild population of tortoises successfully nesting on Cousin Island Special Reserve, laying clutches of 17, 14, and 23 respectively. 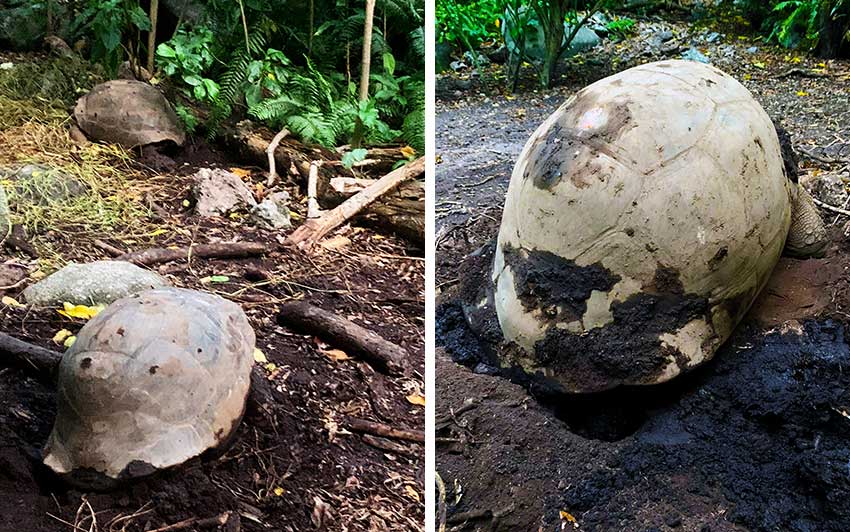 On Sunday evening, Cousin Island warden Laurence Hoareau noticed two Aldabra giant tortoises nesting close to each other next to a path. The heavy rain the island had experienced on previous days had loosened the soil making it easier for the female tortoises to dig and both had already made good progress with their egg chambers when they were encountered. It was apparent one had attempted to nest on another spot before finding a better location.

Such an event always causes excitement on the island and soon a team of wardens and the conservation officer, Chris, arrived to watch them nest and to carry out monitoring at the same time. Both were observed at a suitable distance as they continued to dig, with everyone hoping that they would lay. As the sun went down, the team switched on red lights to continue monitoring their progress. Chris covertly checked the chambers and saw one female had encountered some roots she was not happy with but the other one had dug the perfect chamber and was ready to lay. 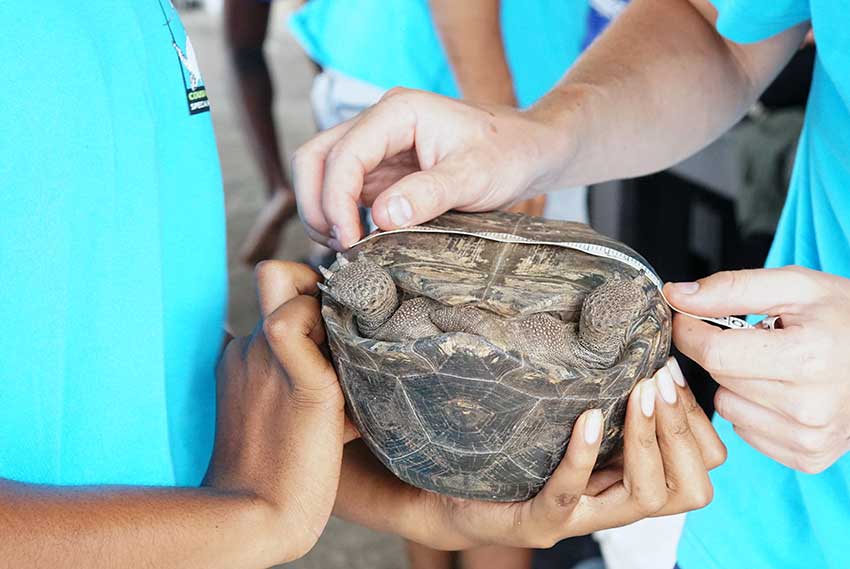 Measuring the plastron of a juvenile tortoise for the census

The first one stopped digging after about an hour of observation and started to lay. She lowered her cloacae and started having contractions and the first eggs dropped much to the excitement of the team observing her. Measurements of the female were taken and she was tagged. She laid 14 eggs and proceeded to cover her precious clutch and camouflage the area.

The second female was still not happy with the root in her chamber, however, she managed to break it and with a lot of perseverance carried on. A passing heavy downpour did not dampen her resolve although it certainly soaked the observing team. Finally, after two hours of watching her dig, she set her back feet apart and started her contractions. She finally laid a clutch of 23 eggs!

Both nests were marked so they can be excavated in 6-8 months to see how successful they were. The team then left the area and the females to finish camouflaging their nest sites. Despite the rain, numerous mosquito bites, and ample covering of mud and other substances, the team left in high spirits with two successful nests!

These were the second and third nesting tortoises encountered in a few weeks so the team on Cousin are now on high alert for any signs of nesting behaviour. The peak nesting season is June-September, with the tortoise census for the island commencing in August. The 2020 census found a total of 67 individuals and if hatching is successful for these nests, then a few babies will be added to this number. 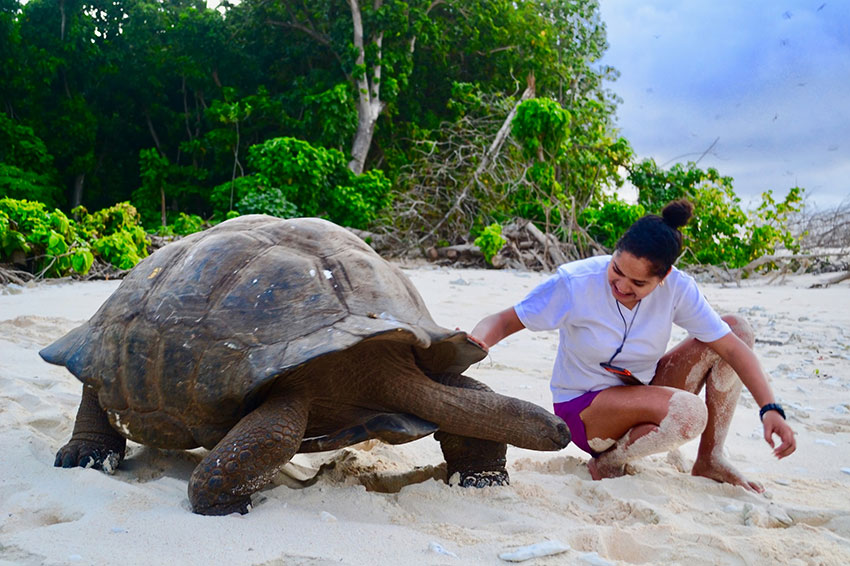 Aldabra giant tortoises were introduced to Cousin sometime during the early 1900s and kept behind the rock tortoise enclosure until about 1980 when they were released to live all over the island. The older ones found on the island's plateau, including the iconic George, may be some of the original animals.