Nature Seychelles has helped restore forests on several Seychelles islands. This saved critically endangered birds, enhanced eco-tourism, and increased skills in ecosystem restoration. The restoration and sustainable management of forests has helped address the climate-change and biodiversity crises and has provided goods and services for sustainable development in Seychelles. 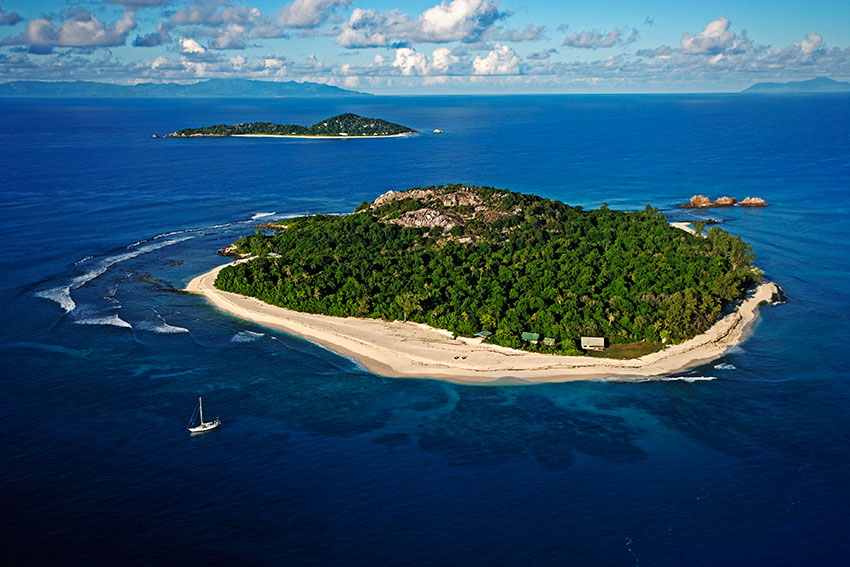 As you approach Mahe by plane, your first view is of spectacular emerald green, forest-clad hills. From the air, these forests look ancient and untouched. However, they are largely artificial. Their main components have been introduced by man. Forests dominated by species native to Seychelles are restricted to a few places, mainly on higher and more inaccessible slopes.

When our islands were first settled, huge and damaging changes were made to the environment. Native forests were largely obliterated, alien predators such as rats introduced, and animals collected for food. In the late nineteenth and early twentieth century, smaller islands were gradually converted to coconut plantations, and the mining of guano was introduced. Under these multiple forces, many native species became rare, fragmented, or extinct.

But towards the end of the twentieth century, growing awareness of the importance of Seychelles’ endemic wildlife coincided with the preeminent importance of tourism and nature conservation that created new opportunities for preserving Seychelles’ natural heritage. The result has been that Seychelles, despite being one of the smallest countries, is a world leader in environmental restoration. Restoration or rehabilitation has been conducted on a number of the islands mainly to benefit endemic wildlife. 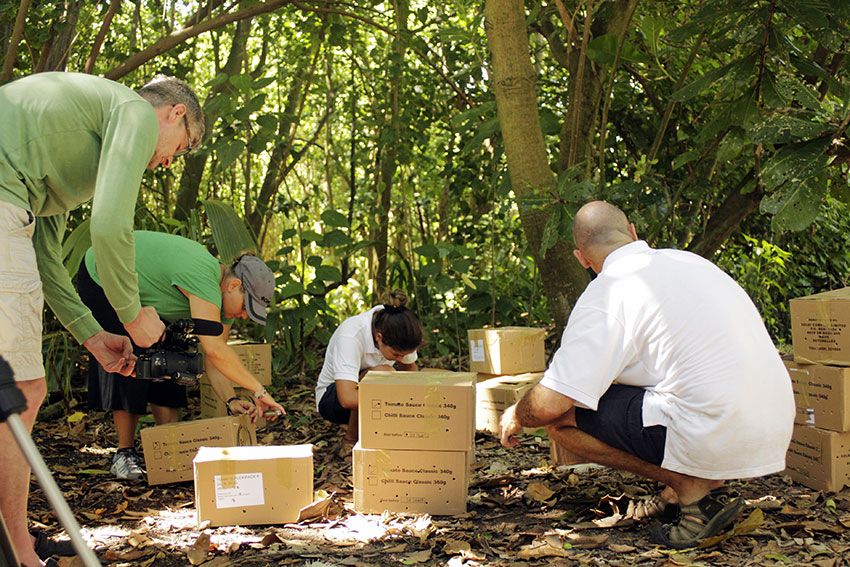 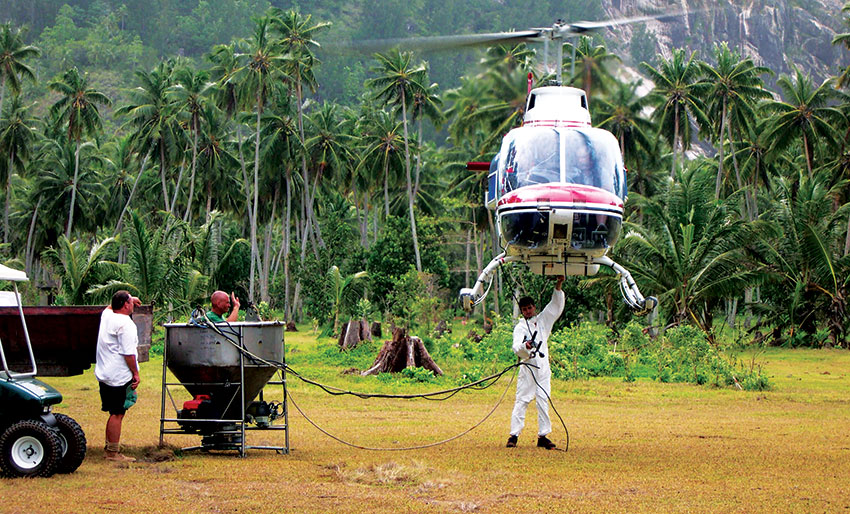 Restoration included the removal of alien predators such as rats

In 1999, Nature Seychelles initiated a project to assess the potential of islands in granitic Seychelles for biological restoration. Through scientific surveys and work on the economics of restoration, a picture was built up, which prioritized islands by conservation value for the first time. Through partnerships between Nature Seychelles, private island owners, Ministry of Environment, and BirdLife International restoration programmes were carried out. This was the beginning of a new phase in conservation in Seychelles, which involved removing alien predators such as rats, and the scientific rehabilitation of natural habitats for the benefit of birds and other Seychelles' endemic species.

In 2001, a conservation programme implemented by Nature Seychelles and funded by the World Bank, and then subsequently the Darwin Initiative started on Denis Island. Alien vegetation was removed from over 30 hectares of the island and thousands of native tree seedlings were planted. With additional natural regeneration, all the woodland areas began to fill with native trees and Nature Seychelles and its partners like the Durell Institute and the Seychelles Warbler Group transferred 3 species of Seychelles birds - the warbler, fody, and paradise flycatcher - to Denis, which are successfully breeding.

Nature Seychelles received another grant through the World Bank in 2004 and worked with the management of Cousine Island to assist in restoring the habitats on that island. That grant also contributed training for management on other islands such as Darros.