It seems like there's a skink underfoot wherever you walk on Cousin Island Special Reserve. You are always doing a bit of a dance to avoid crashing them because they are both numerous and curious; a little sidestep, a quick leap, and sometimes a terrific slide to keep from falling.

The greatest numbers are to be found in the forest and plateau. But there's always several in the houses - in the kitchen peering at you with a sidelong stare while you cook, and at meal times trying to steal a bite of food. There also seems to be a gang of skinks - and geckoes - that patrol the houses and eat cockroaches. The more domesticated ones acquire pet names such as the ‘Bin Lizard,’ a Wright's skink that arrives daily to raid the bin and is recognizable by its size, which is a good foot or so nose to tail. 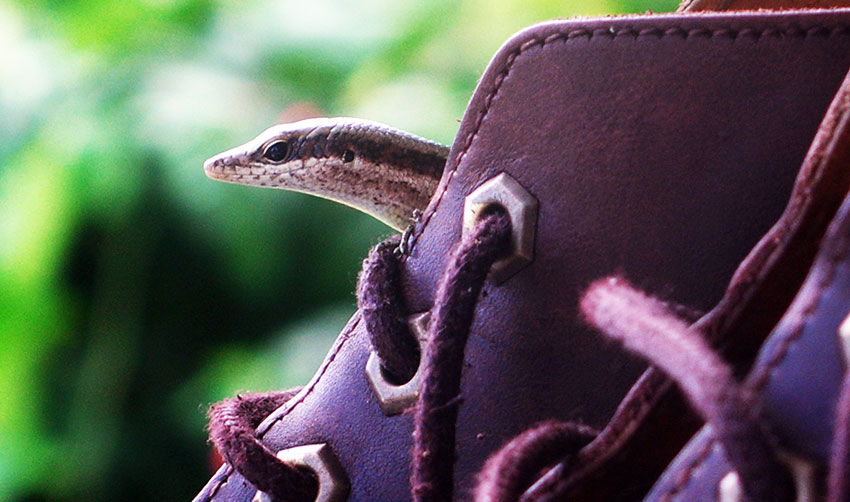 Every volunteer, scientist, researcher, and conservation boot camp participant on Cousin has a skink story. Like the researcher who put on his boots without shaking them out first and got the surprise of his life.

There's a reason that the island seems to be full to the brim with lizards. Both the endemic Seychelles skink (Trachylepis seychellensis, Lezar Mangouya in Creole) and the Wright’s skink (Tracyhlepis wrightii, Teng Teng), occur here in their thousands. In fact, a 1983 study by Brooke and Houston found that Cousin Island had the highest biomass recorded for any lizard population worldwide. These numbers have fluctuated in subsequent studies, but the population here is still high. 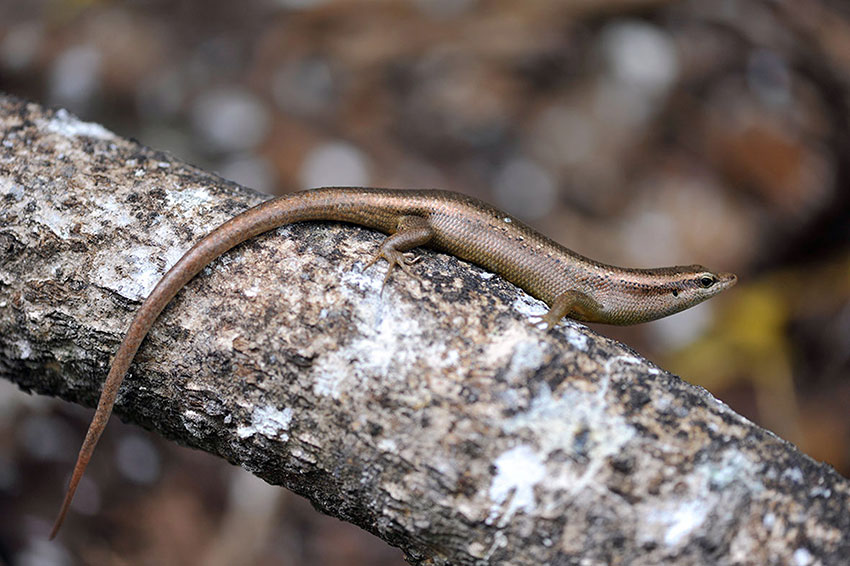 In a bid to determine their numbers yearly, the conservation team carries a census of the population. The above two key species are counted alongside the two gecko species found on the island.

The 2020 census surveyed 59 out of 60 randomly selected plots for Lizards. The four species were searched for by teams of 3. While the Seychelles skink has shown a significant amount of variability since the initial population estimate of 37,600, the Wright's skink population, which has had a gradual growth, reached the highest estimated population of 24,517. 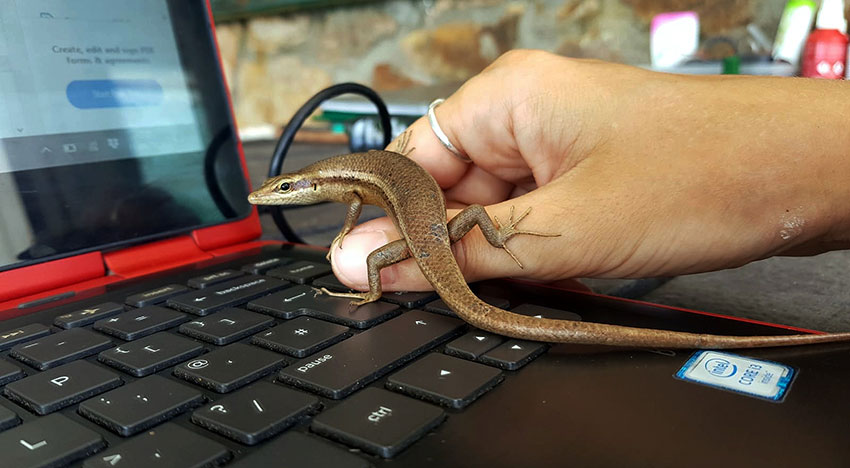 The skinks are both numerous and curious

The Seychelles skink is common throughout the granitic islands. This efficient climber can be found clambering up trees. It occurs in woodlands, gardens, and houses from sea-level to mid altitudes. The Wright’s skink is limited to some granitic islands and is associated with predator-free islands with large colonies of seabirds such as Cousin. They are mostly found on the forest floor.