Thursday, 15 April 2021
HomeKnowledge centreNews and StoriesSaved in our time: the Seychelles warbler off danger list

The combined efforts of conservation and scientific research took this songbird from near extinction on 1 island to thriving on 5 islands. "The Seychelles warbler is definitely the most amazing success story in the history of Seychelles," says Dr. Nirmal Shah of Nature Seychelles. 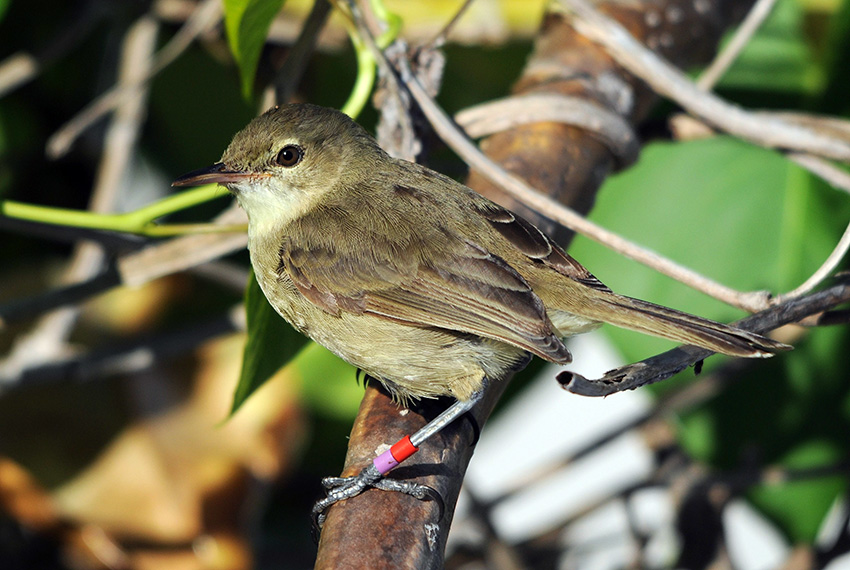 In 1959, the Seychelles warbler population was thought to number only 26 individuals all restricted to the 29ha Cousin Island. The imperilled plight of this plain but charming little songbird led the ICBP, now BirdLife International, to purchase Cousin in 1968 in a last ditch effort to save the species.

When ICBP took over the island, most of the native habitat had been largely converted to a coconut and cinnamon plantation. The remnant population of Seychelles warbler was clinging on in a mangrove swamp, providing less than ideal habitat for the species.

An intensive conservation programme was soon underway: the island's coconuts were cut back, allowing the native Pisionia grandis forest favoured by the warbler to flourish once again. By 1982, the warbler population had reached around 320 adults, the maximum population that Cousin could support.

Transformation from a coconut plantation to an ecologically restored island was achieved through careful habitat management and by preventing alien predators such as rats from arriving, former BirdLife Chief Executive Mike Rands who ran BirdLife Seychelles Conservation Programme from 1980s-1990s said.

In spite of this remarkable recovery, the species long term future was uncertain as the population was so small, a single event could wipe it out. 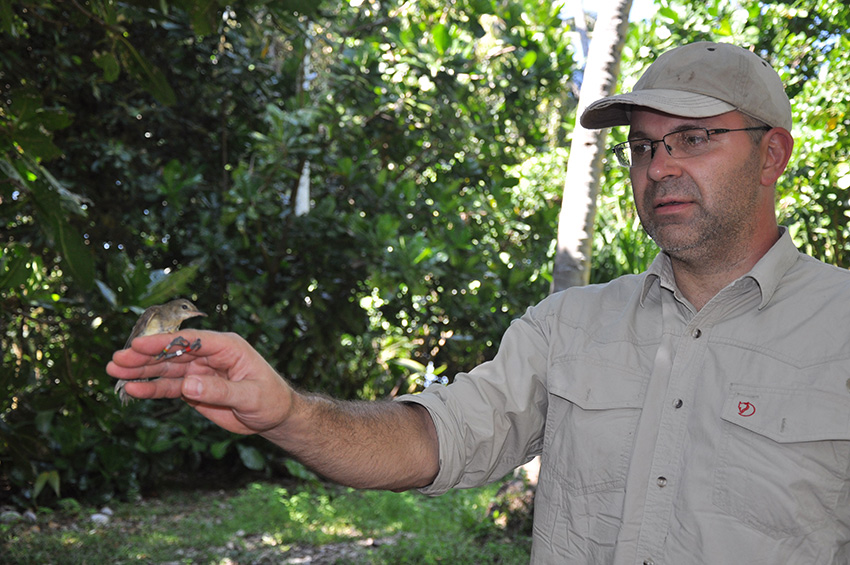 In 1988 and 1990, Jan Komdeur, then a PHD student at Cambridge University and working with BirdLife and the RSPB, carried out two translocations from Cousin to the nearby islands of Aride and Cousine. By 1997, these two new populations were doing so well that both islands had almost reached carrying capacity.

In 1997, Nature Seychelles, newly established, took over responsibility for the Seychelles warbler's conservation. In 2001, a Species Action Plan was drawn up targeting the establishment of a population of 3000 individuals in at least 4 islands.

Nature Seychelles works closely with the Seychelles Warbler Group, who have been studying the warblers since the 1980s. Their expertise ensures translocations are perfectly planned and have the highest chance of success. In 2004 and 2011 they carried out two translocations to Denis and Fregate islands respectively.

Denis Island was cleared of invasive cats and rats in 2000 and 2002 and 58 warblers brought there from Cousin. By August their numbers had increased to 75. Back on Cousin, more than 90% of the breeding territory vacancies created by the translocation were filled within days by subordinate birds from other territories; after a year, the original population had fully recovered.

59 warblers were taken to Fregate in December 2011. Although not in the recently known historic range of the species, Fregate was deemed suitable due its remaining Pisonia woodland and lack of non-native predators. The successful translocation to this island meant that there were now five viable populations of warblers.

Science and Conservation, hand in hand. 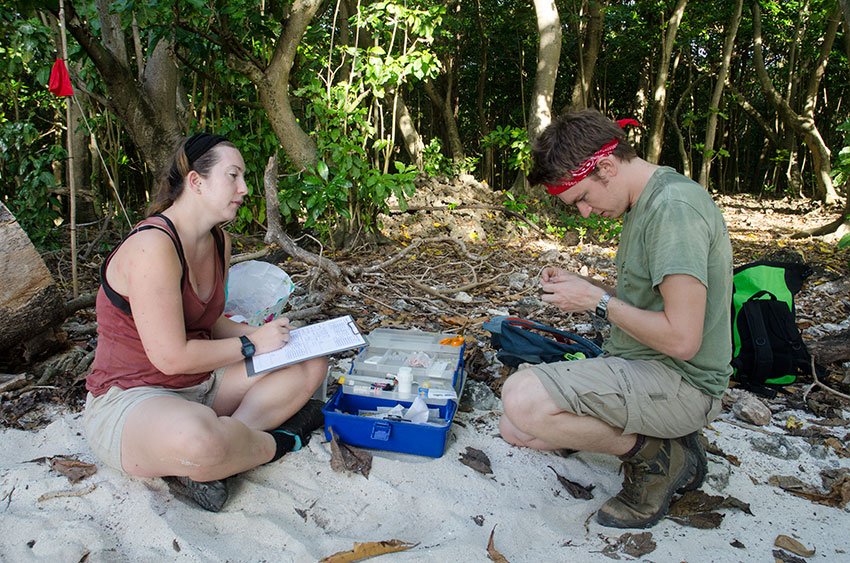 The warbler is probably one of the most researched birds. Study of the bird has been ongoing for over 30 years! The Seychelles Warbler Group continues this research to date. It is led by Profs. David Richardson (University of East Anglia, UK), Jan Komdeur (University of Groningen, the Netherlands), Terry Burke (University of Sheffield, UK) and Dr Hannah Dugdale (University of Leeds). During the long history of warbler research, various intriguing insights have been gained on its behaviour and genetics. These have translated into better understanding of its ecology and have also, most importantly, informed conservation.

"The Seychelles warbler is now seen as an outstanding model system in the area of evolutionary ecology and conservation and is one of the world's best studied passerines," says Professor David Richardson.

Significant grants from the Global Environment Facility helped fund the early species recovery and habitat restoration work. The Fregate translocation was funded by the Disney Worldwide Conservation Fund. Island owners and managers are instrumental in making conservation possible in the five islands.

The partnerships with private islands and the Seychelles government have been vital in preserving a future not just for the Seychelles warbler, but other endemic birds such as the Seychelles magpie robin that would now likely be extinct without their contributions.

Adapted from World Birdwatch, the magazine of BirdLife International, December 2015.