In a previous article, we wrote about the effects of climate change on Cousin Island's turtle habitats and infrastructure. The turtle team continues to grapple with the problem of turtles emerging from the sea and being unable to find a suitable spot to nest because the beach is severely eroded. They either turn back because they can't climb steep slopes or nest below the tide line where their eggs are at risk of being washed away. 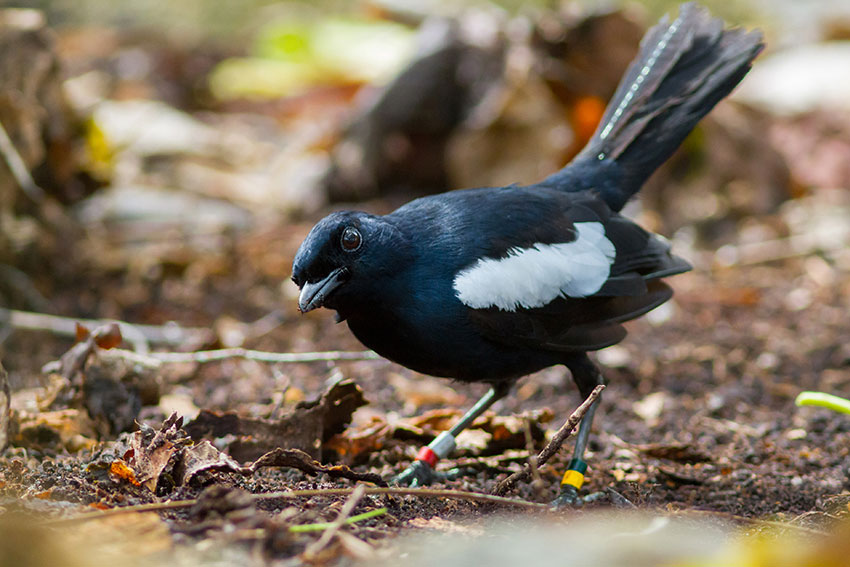 Unfortunately, the current drought in Seychelles is also posing a huge challenge to wildlife and ecosystems on Cousin Island. December is usually the wettest month. However, there has been no rain on the island, which is evident in the bare ground and dried-up leaf litter. Giant millipedes are now barely seen or are found shrivelled on the ground from the heat. The absence of mosquitoes is even more telling. Moreover, the forest, already denuded of foliage by the southeast monsoon winds, does not look lush anymore.

Wildlife and habitats as well as staff are at risk from this situation. 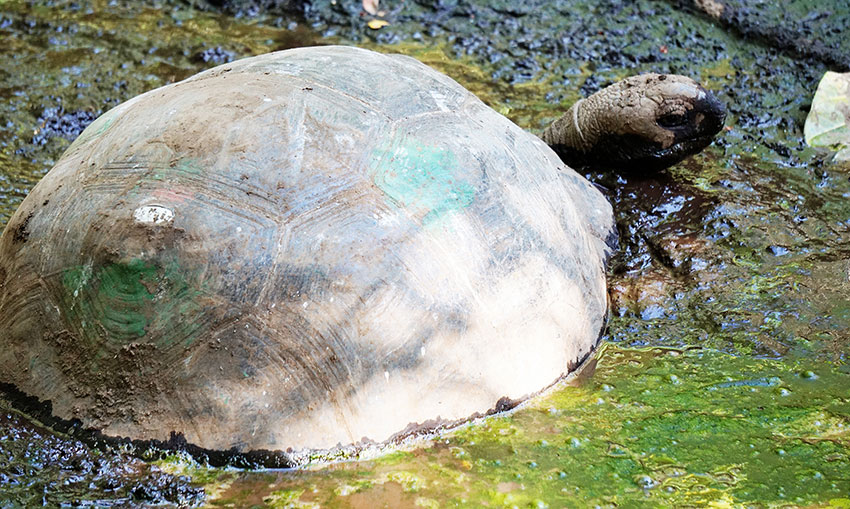 The marsh is used by Aldabra giant tortoises to cool off

Cousin is one of the key islands for endemic land birds in Seychelles, supporting five of eleven species indigenous to the country. So the impact the drought can have on endemic land birds, especially the endangered Seychelles magpie robin, is extremely worrying, says Dr. Nirmal Shah, Nature Seychelles' Chief Executive.

"The Seychelles magpie robin is what we call the poster child for successful conservation. After decades of conservation management, its population has rebounded from the 21 initially found on Fregate Island in 1990 to 500 across five islands including Cousin. The population on Cousin has grown to 69, the highest it has ever been. The bird is still highly managed and regularly monitored. If the drought continues, we fear it will have difficulty finding water and food. Regular rainfall provides moist earth for soil invertebrates for this largely ground-feeding bird and of course, birds need water to drink. We are preparing to provide water in all their territories to ensure that they have enough." 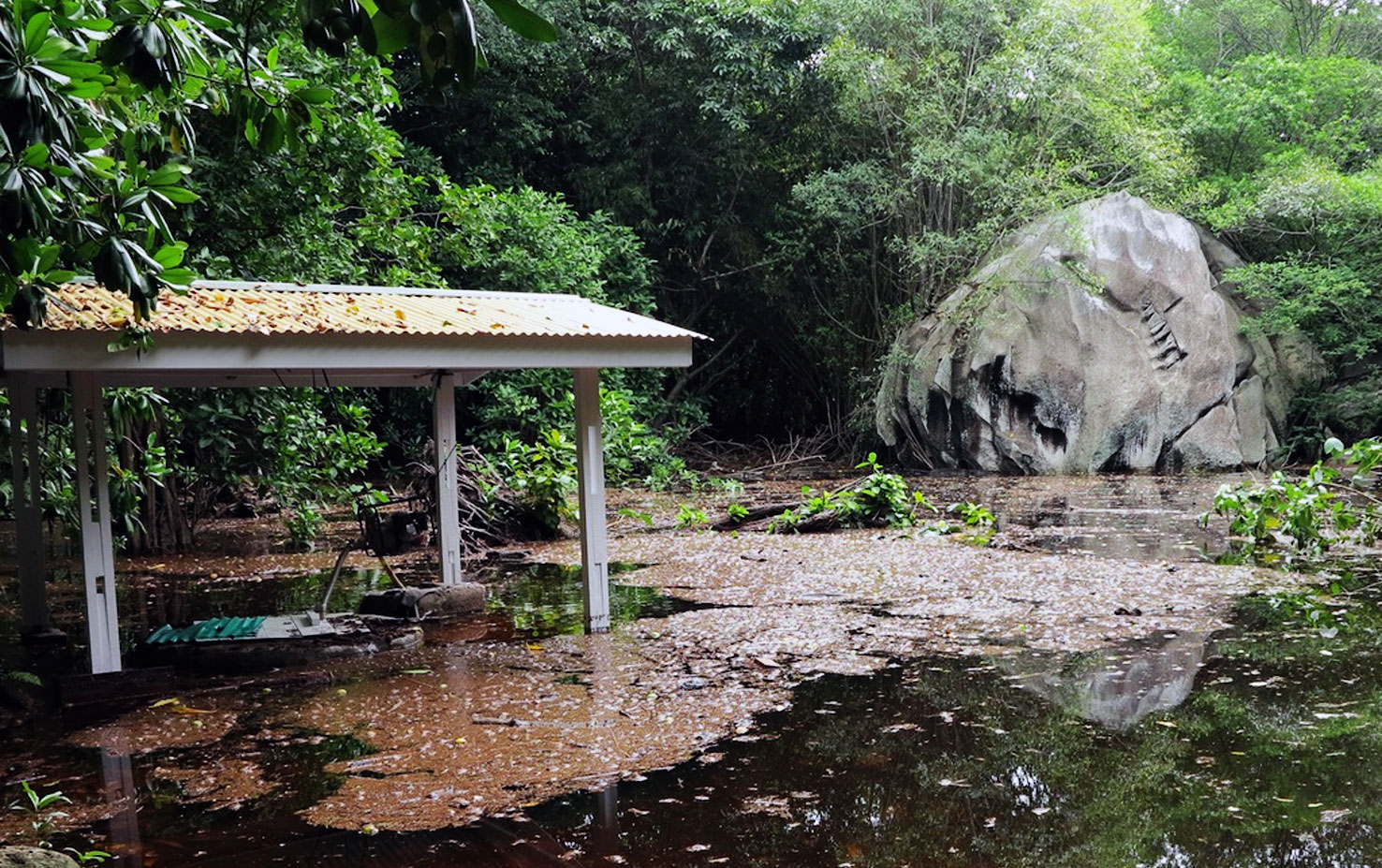 The marsh can hold large amounts of water after sustained rain

Cousin's only source of fresh water is a marsh located at the base of the hill, says Eric Blais, the island reserve coordinator. While it can hold large amounts of water after sustained rain, it runs dry during long periods of drought. Currently, there is very little water left in it. The marsh is used by Aldabra giant tortoises, which spend the hot hours of the day cooling in its water and mud. In addition, terrapins live here and there are birds that drink from it. "But now, terrapins have been found out of the marsh by wardens. This always happens when there's no water," Eric explains. "We have recently started to build water troughs for tortoises to provide additional sources of water at different points around the island."

The situation is also difficult for the staff on the island. The island's water supply is already limited. Water is pumped from the well located near the marsh and also collected when it rains. However, it is not suitable for drinking or cooking, and water for these purposes is collected during supply runs on Praslin, which is experiencing water restrictions as well. In spite of their already conscious and minimal consumption, they have had to be extra vigilant with water during the dry season.