As I approached, Chris Tagg, our conservation officer, was shovelling sand out of a hole. "Did he finally snap?" I wondered. I knew he hadn’t had a wink of sleep as some of us had been up until 3 am the previous night waiting for a Green turtle (Chelonia mydas, Torti d'Mer in Creole) to nest. 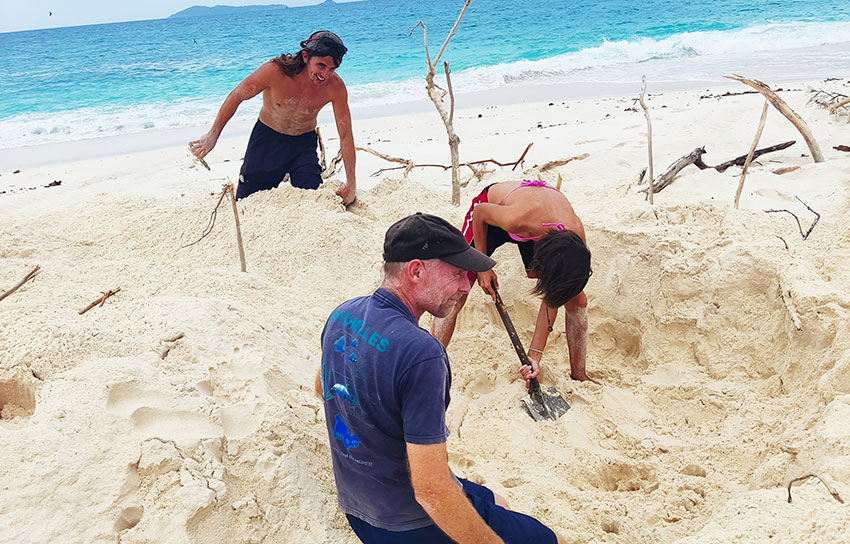 The three were excavating a turtle nest

His muttering further alarmed me. Peering past a mound of sand, I saw he was speaking with Carola and Alan, two volunteers helping out during turtle season. They were both on their knees using their hands to dig in the sand.

"I want pizza," Carola, who is Italian, whimpered before sitting down dejectedly.

The three were excavating a turtle nest and a race was underway to find and retrieve eggs located below the tide line before they became waterlogged. Another Green turtle had laid them in the early hours of that morning, unobserved. A female turtle typically lays 6 clutches per season, each separated by 14 days. As this turtle had visited the island before and was due to return, Chris had been waiting for her. Her appearance took place on the night he was busy with the other member of her family. 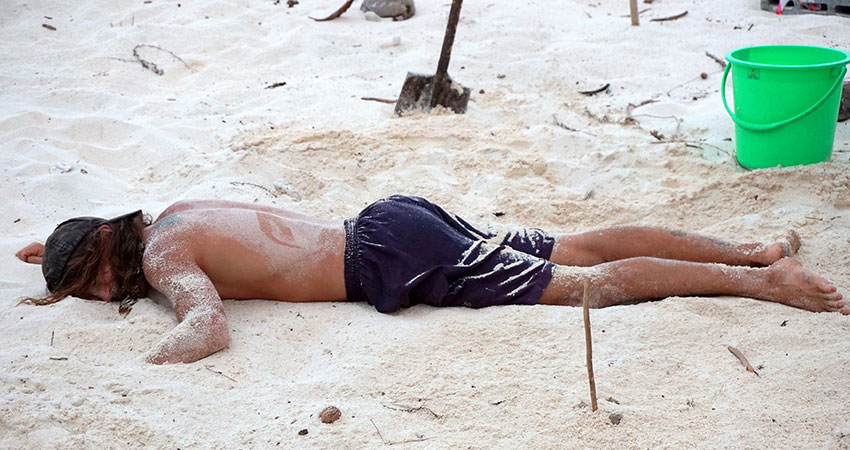 A tired Chris lies face down on the sand

It is not easy to excavate nests. These sea turtles can reach shell lengths of up to 120 cm. They leave behind wide areas of disturbed sand when they nest and conceal their nests, making it difficult to pinpoint the exact location of their eggs.

Chris had used the turtle's tracks to work backward from its departure to locate them. Then he and the volunteers marked several possible digging points.
After two hours of sweating and excavating using the shovel and bare hands, Chris theatrically flopped face-down into the sand.

"Maybe it's time to give up," we said. "I am the stubborn kind," he replied, his face covered in sand.

Minutes later, he struck gold and rescued all the eggs, which were moved to a new and safer location. The new nest was camouflaged in the same way a turtle would, and then marked to check for hatchling success in the next 60 days. 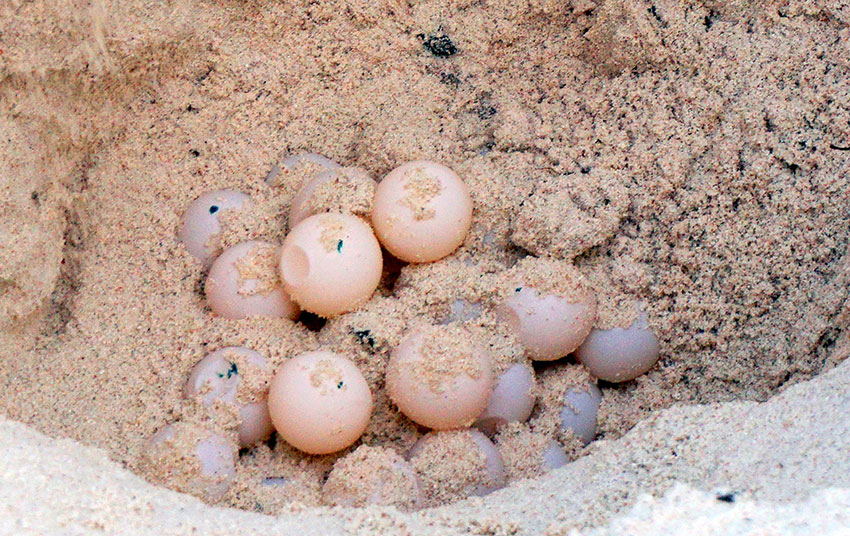 Minutes later he struck gold and found the eggs

The previous night, the other Green turtle had also kept Chris busy. She had laboriously attempted and failed to scale a steep sand bank, the result of climate change-induced erosion. She then landed on a spot close to incoming waves that also had a network of exposed roots and loose sand. She dug three nests and deemed them all unsuitable. She then turned to go back to the ocean, before making a sudden U-turn and making a final attempt.

It looked like she was as stubborn as Chris, who confirmed that this was her fourth appearance this season.

He decided to help her dig, alternating his hands with her hind flippers, digging as she dug, and taking care not to spook her. This worked because the nest pleased her, and after three hours of being on land she laid and her eggs were also quickly relocated. 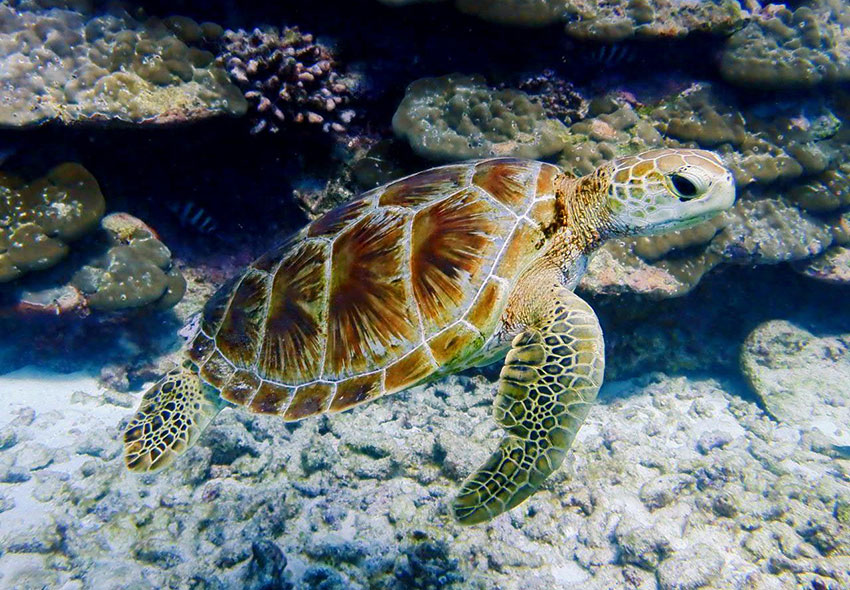 Green turtles need all the help they can get

"It's a bit controversial to do this as some scientists differ on whether we should interfere. But Green turtles are now very rare in the inner islands of Seychelles and in the face of climate change and their endangered status, we feel that they need all the help they can get," a happy Chris says.