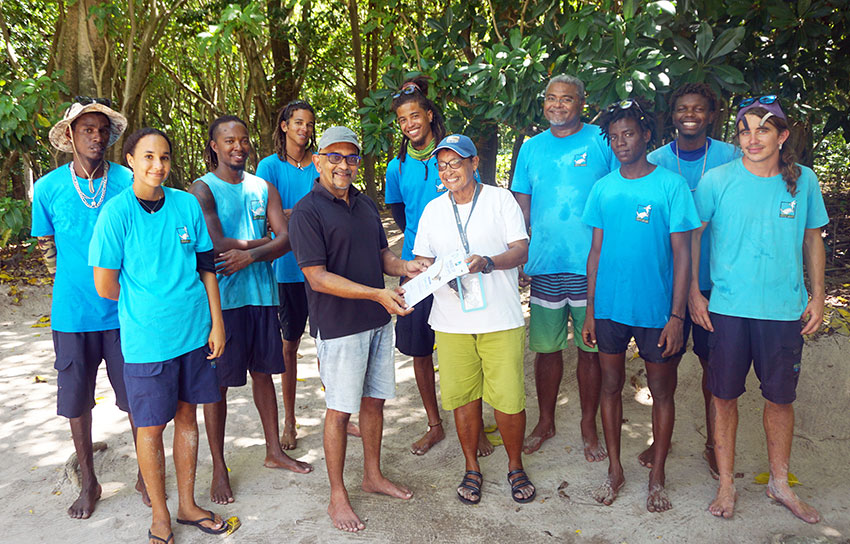 The Friends of Cousin Island accolade recognizes individuals who have made extraordinary contributions to the special reserve. Gemma was awarded for her support of the NGO's continuous efforts to improve the ecotourism product on the island and to maintain best practices. Gemma has conducted refresher training and troubleshooting sessions for Cousin Island wardens. These covered a range of critical topics, including meeting and greeting clients when they arrive, posture, body language, interacting with clients, presenting rules and regulations of the nature reserve and existing health regulations, and ensuring that information is accurate. She stressed the importance of continuous learning and gaining knowledge.

Gemma is the only English-speaking guide, apart from our own Wardens, allowed to take visitors around the Cousin Island Special Reserve. That itself says something about this lady. We recognize both her knowledge and passion for nature, and for the Reserve. There are many people who talk about the environment these days but few who are as authentic as Gemma. 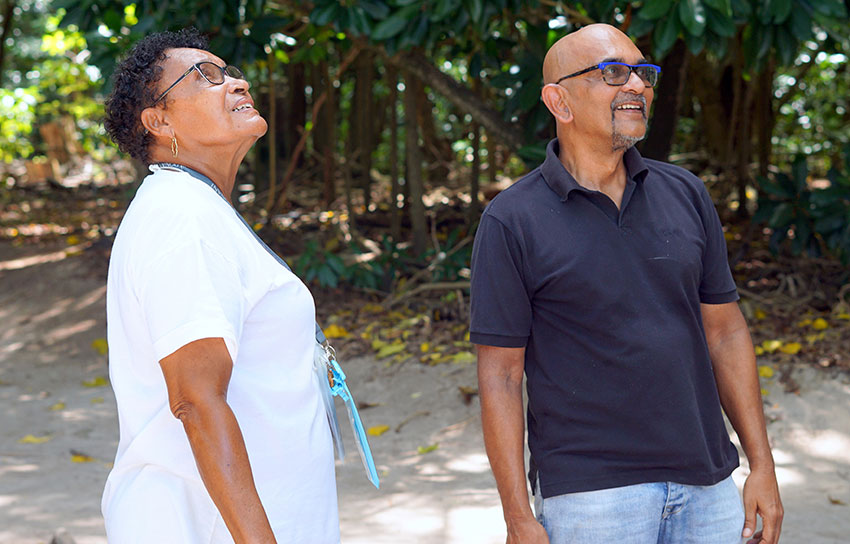 We recognize both her knowledge and passion for nature, and for the Reserve - Dr. Nirmal Shah

Dr. Shah presented Gemma with a certificate and a symbolic Cousin Island t-shirt. She expressed gratitude for the award and said she is passionate about mentoring young people. "I will continue my training on the island. I will come to Cousin for one-to-one sessions to help with individual areas of need," she said.
Gemma is no stranger to Cousin. For decades, she has led nature and bird watching tours on the island. "I have always loved coming to Cousin, even though I initially had a fear of lizards. After I walked among thousands of lizards here, my fear vanished. Now I can even hold a gecko!"

She has witnessed first-hand the island's transformation, especially the regeneration of the forest and the increase in biodiversity over the years. "There are lots more birds. What Cousin has achieved is phenomenal," she says. 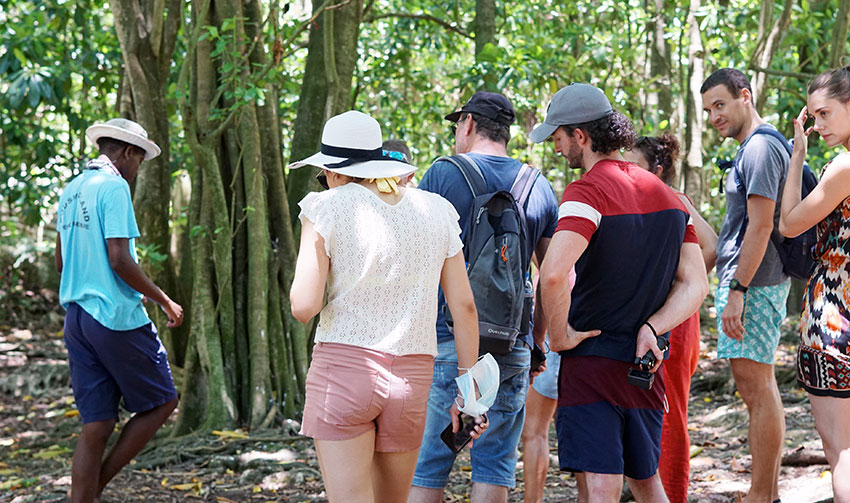 Gemma's tourism career dates all the way back to 1974 with the opening of the Praslin Island airstrip. She worked at the airstrip multi-tasking at its office, café, and car hire, while going on tour when needed. After noticing that clients were interested in nature, botany, and birding, she decided to expand her knowledge of Seychelles' nature. She began to work with renowned environmentalist Victorin Laboudallon in forestry. She credits him for nurturing her interest in the outdoors. She became a self-taught ornithologist learning about different birds from books and has been doing birding and nature tours since 1986. She accompanied tour leaders who visited various islands such as Praslin, Cousin, and La Digue, thus gaining a vast ocean of knowledge and becoming a tour leader herself. "I enjoyed every moment of it, and I still do to this day," she says.

And the joyful and ever-smiling Gemma is not slowing down anytime soon. She still conducts tours and training with leading destination management companies whenever needed. She encourages young people venturing into guiding to have resilience, adding that the rewards are far more than imagined. Gemma has been lucky enough to visit many Seychelles islands through her work and is happy to impart a legacy of excellence to the next generation.