Cousin Island Special Reserve has been a no-take marine protected area for over 50 years. As a result, the marine reserve has a rich and fascinating underwater life. In spite of the coral bleaching that has occurred in the past decades, on a typical day of diving, the Nature Seychelles' Reef Rescuers team still encounter this wonderful world. Below is a sampling of the fauna, big and small that can be seen. 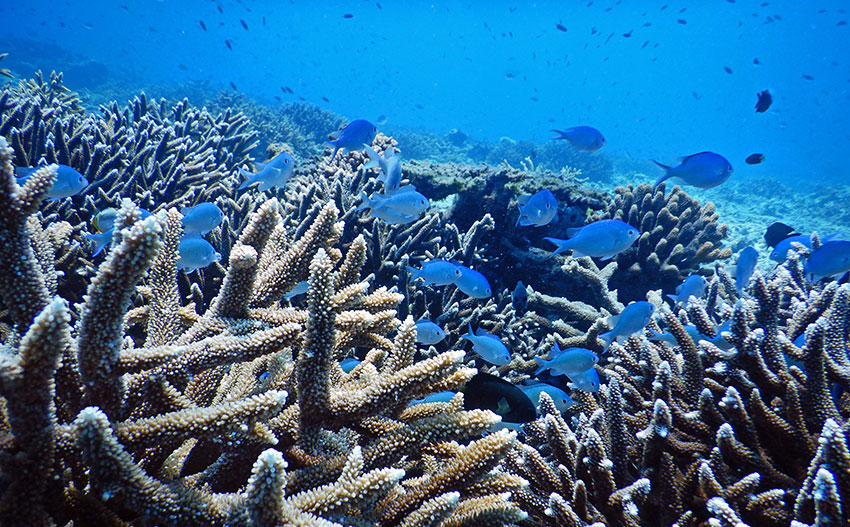 Coral reefs
Coral reefs are like bustling underwater cities. The buildings are made of calcium carbonate and come in all kinds of shapes – boulder, branching, and tabletop. The difference between cities and coral reefs, though, is that the coral themselves are living, breathing, feeding animals. Reefs are the homes of thousands of small fish and invertebrates, which are drawn to them much like the infrastructure of cities attracts people from all over. And where thousands of small fish come to play, hundreds of big fish come for prey. Though corals have a hard exterior, they are extremely delicate animals and can only tolerate the most specific environmental conditions - clear water, a seabed that is shallow enough to allow light to penetrate, the right amount of warmth, and low levels of nutrients.

Currently, our reefs are threatened. Nature Seychelles made a large step forward to restore deteriorating reef ecosystems through our ground-breaking coral reef restoration project now in its 11th year in the marine protected area around Cousin Island.

Fishes
A wide variety of fish lives in reefs, feeding on corals themselves, grazing on algae growing on coral surfaces, or filter-feeding on microscopic plants, animals, and organic matter floating in the water. From time to time, the team gets assistance from the reef dwellers for the maintenance of the transplanted city. Like municipal workers, these animals have specific roles to play. 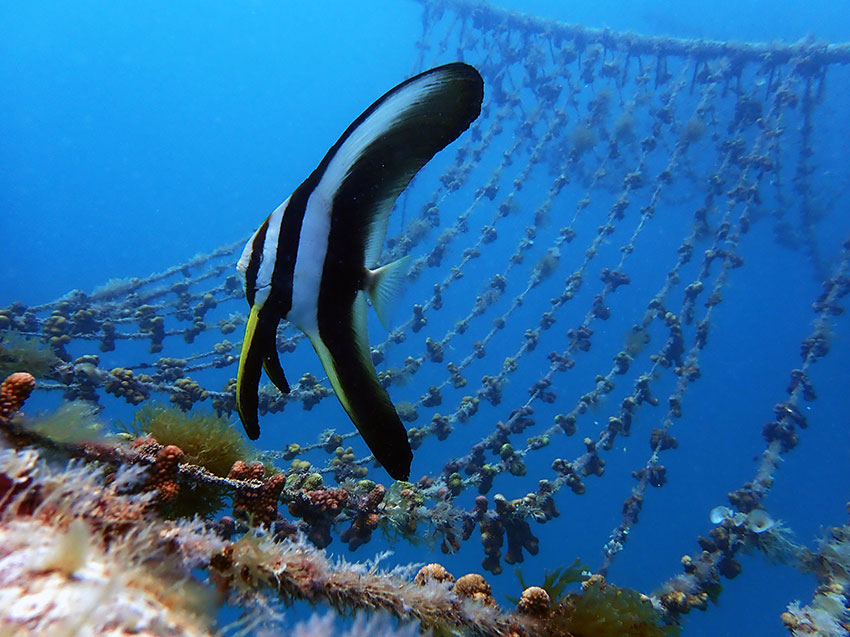 Butterflyfish are corallivores, meaning they eat coral. Their health is directly linked to corals. They only want the best food there is, and if a reef is unhealthy, they will move to locations where the corals are healthier. Therefore, these tiny fish can be used as an early warning system to detect environmental changes in the ecosystem.

Batfish get their name from their wing-like fins and they change shape as they go through their different growth stages. These fish eat algae and help keep our coral nurseries clean. 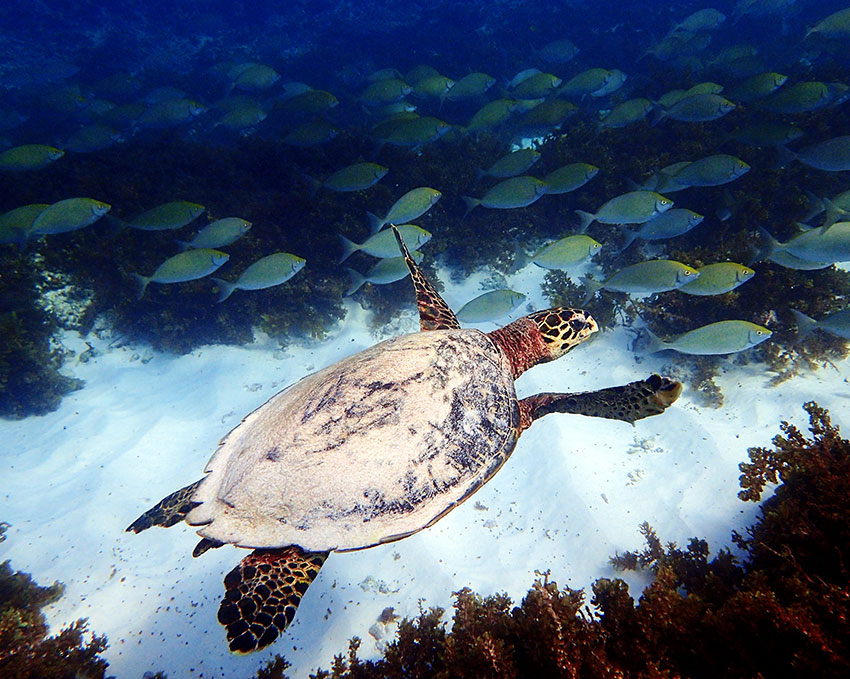 During nesting season, the team encounters a large number of massive male Hawksbill turtles waiting to mate with females offshore. Hawksbill turtles help maintain algal growth much like a landscaper would maintain a lawn by removing weeds that compete for space on the reef.

Molluscs and crustaceans
Because of Cousin's protected status, its molluscs and crustaceans are in good condition. Octopuses thrive because of the high volume of crabs, clams, snails, and small fishes they feed on. The team loves to admire the porcelain crabs that live within the branches of corals on the nurseries and the reefs themselves. These crabs are also landscape artists. They clean the corals of sediment and keep predators away from the coral, while in return they seek shelter and food. 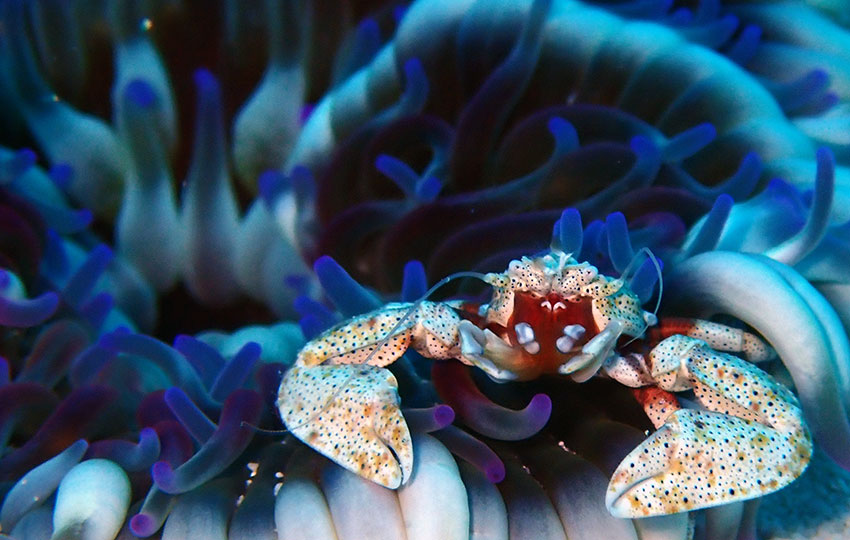 No doubt about it, life under the sea is as interesting as anything going on up here!

The current phase of the Coral Reef Restoration project is funded by the Adaptation Fund through UNDP and the Government of Seychelles.