In 1998 the coral bleaching event that hit Seychelles almost destroyed the pristine reefs of Cousin Island Special Reserve. “The Cousin reefs had been protected from fishing and other impacts for more than 40 years as this is a no-take strictly controlled protected area. The coral ecosystem here was very sensitive because it had not been faced with disturbances in 4 decades or more and was one of the first in Seychelles to go,” says Dr. Nirmal Shah, the CEO of Nature Seychelles.

Natural Seychelles, which manages Cousin, has been working to restore coral reefs around the Special Reserve through its Reef Rescuers project for over a decade now. This innovative program has achieved several milestones. As part of a new phase of the project, the NGO is testing exciting new techniques in reef restoration, particularly those that will allow the reef to better deliver ecosystem services typical of a natural coral reef. 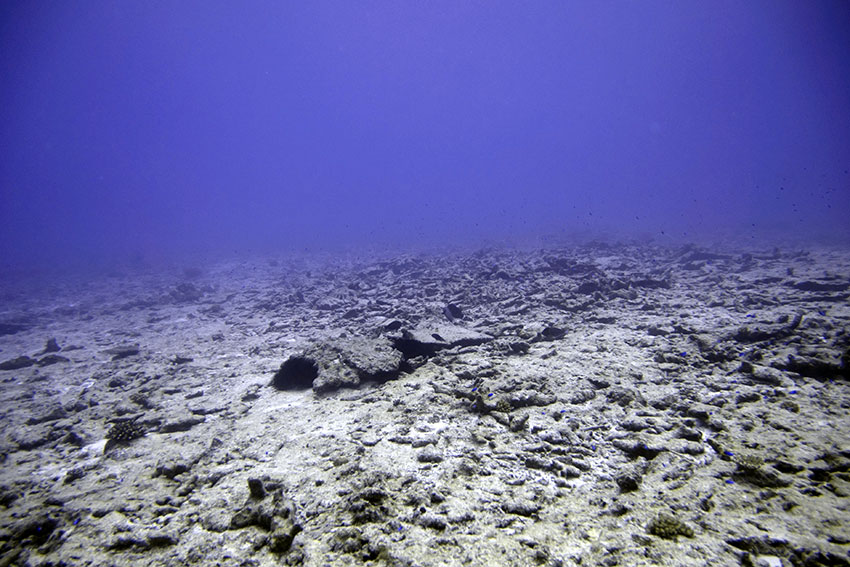 “Almost 90% of Cousin's corals were killed by the 1998 bleaching event but the three-dimensional architecture of the reef still held until the Tsunami knocked it over. A lot of the marine area became covered with dead coral rubble, which makes it unstable for natural coral recruitment or for our replanting program,” says Shah. Live corals give a reef its structure. Weakened reefs often end up as rubble. A flattened reef leads to a huge loss of biodiversity thus severely slowing down the natural recovery of marine life.

In addition to the coral gardening techniques used to rear and plant corals for the last 11 years, the team has now introduced what it calls “3D Restoration” using artificial structures made of iron rebar called coral frames or "spiders." They have recently deployed these spiders with coral fragments attached at their restoration site around Cousin Island Special Reserve. The aim is to see if these spiders can aid the natural recovery of coral cover and the reefs' 3D structure. To do this, they secured coral fragments to the spiders using cable ties, which bond into the skeleton, providing stability and distance from sand, fundamental to the survival of corals. 22 frames with 442 coral fragments were deployed. 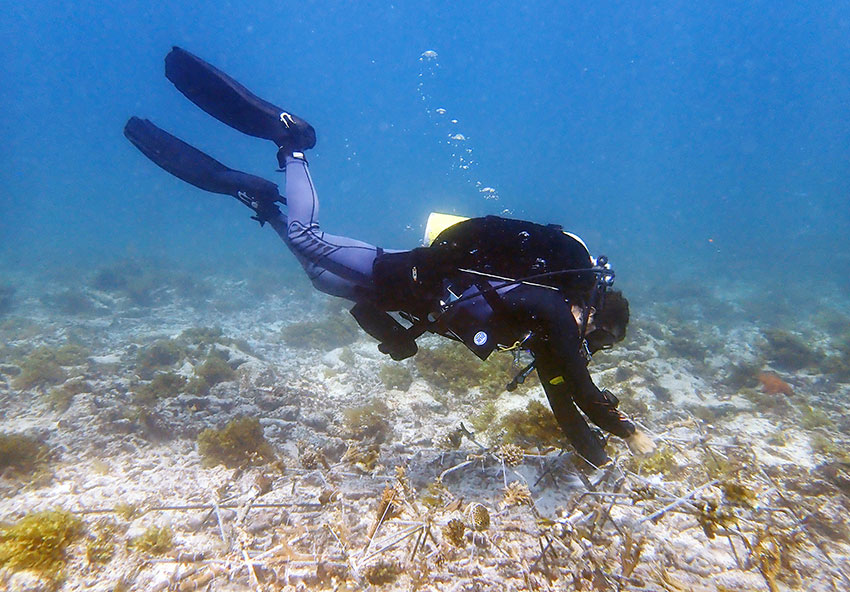 The team is using corals of opportunity. These are corals that have naturally broken off or those found on the seafloor, which could be exposed to predation, sedimentation, diseases, and tissue abrasion that decreases their chance of survival. Introducing such techniques aims to increase the ability of the corals of opportunity to grow into mature and reproductive colonies. Furthermore, the shape of the spiders provides stability and the 3D structure needed for fish and other coral-associated organisms to hide, find food and reproduce, thus speeding up the recovery of the reef biodiversity. 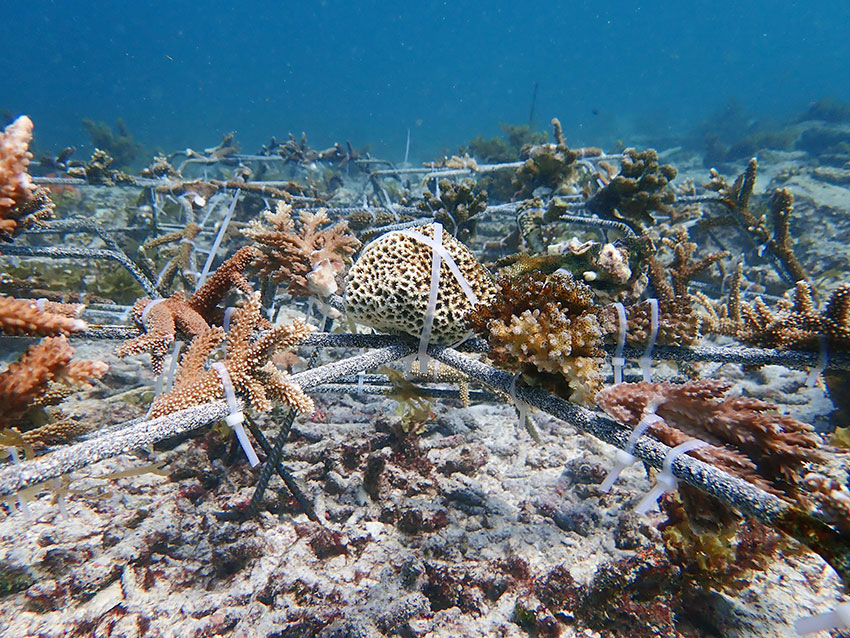 Coral fragments attached to the spiders

The outcomes of this fascinating experiment will be monitored and reported on after one year - the duration of the experiment - to provide new insights into the use of artificial structures as an additional technique in the restoration of the reef around Seychelles. This type of physical restoration has never been conducted in Seychelles before at this scale. The testing of this “3D Restoration” method is being undertaken under the coral reef restoration project funded by the Adaptation Fund through UNDP and the Government of Seychelles.