“I have never seen anything like it,” said Yves, a tourism operator who has been bringing visitors to the award-winning Cousin Island Special Reserve for 25 years, remarking on the vanishing coastline of this iconic protected area.

"I have never seen Cousin like this. It's quite shocking. Waves have eroded the coastline on one side of the island up to 10 metres from the previous high watermark. "None of the historical records dating back to the 60s, including photos and reports from scientific administrators managing the island at the time, show this amount of erosion," he says. 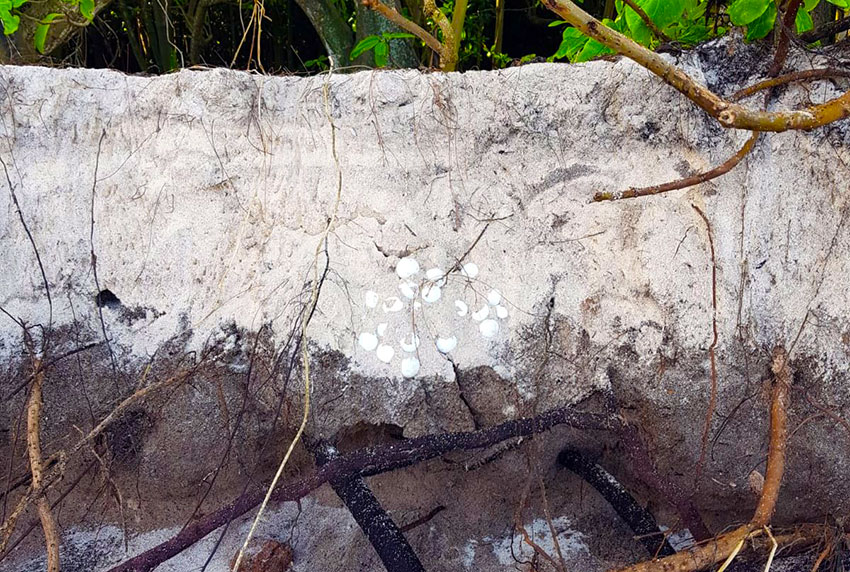 Dr. Shah has been running the world-renowned reserve since 1998 when management was handed over to the NGO by BirdLife International, who famously bought Cousin in 1968 for conservation purposes. Previously, he was the Seychelles Representative of ICBP, the former incarnation of BirdLife International, since 1987. He has been at the helm of many of the island's success stories including the conservation of the critically endangered Hawksbill turtle (Eretmochelys Imbricata), whose nesting numbers increased by 8-fold.

But all this is at risk from climate change impacts. The island - the most important nesting site for the Hawksbill in the entire western Indian Ocean - has lost tens of nests to the sea during the turtle nesting season that began in October last year, dampening a normally celebratory turtle season. More nests are being washed away, while others are exposed.

"It will definitely affect the population dynamics for this species in years to come," Shah says. 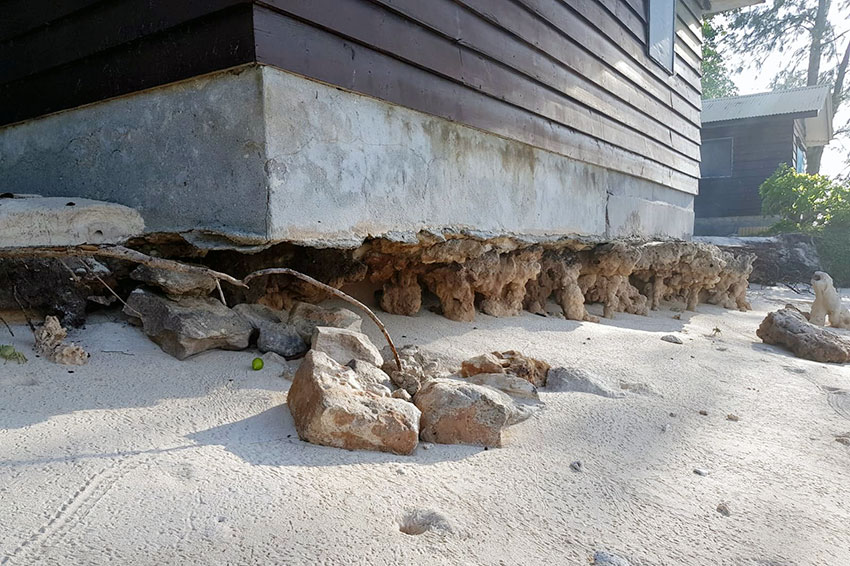 Erosion at a warden's house

The erosion has taken a toll on the island's infrastructure, and island managers are scrambling to control the damage.

"Infrastructure that was 10 to 20 metres away from the high watermark is crumbling, the foundations exposed. We twice moved our photovoltaic array further inland," Shah says.

"A visitor shelter now hangs on a newly formed precipice. This has to be taken down and rebuilt. Two warden houses will probably be demolished and rebuilt further inland."

"It's become increasingly difficult to manage our ecotourism program, the longest-running one in Seychelles, because of the unpredictable weather, the high tides, and the large waves. This, in turn, puts a dent in our revenue stream, which funds the Reserve and other conservation programs," Shah says.

"Morale on the island is low and our staff is struggling to cope. Recently, we had a landing craft that came to bring building materials to renovate some of these houses, and again because of the unpredictability of the weather, it got stranded.

Emergency funding is needed to get the island back to some level of stability.

The silver lining is that the beach changes between seasons and the sand move across the island, and it is hoped some will return.

"But in any case, the infrastructure is at extreme risk right now and we need to take drastic action right away," says Eric Blais, the island coordinator.

"The field station is in danger. The helipad is gone. Everything is affected," he says.

Feeling the heat from Climate Change 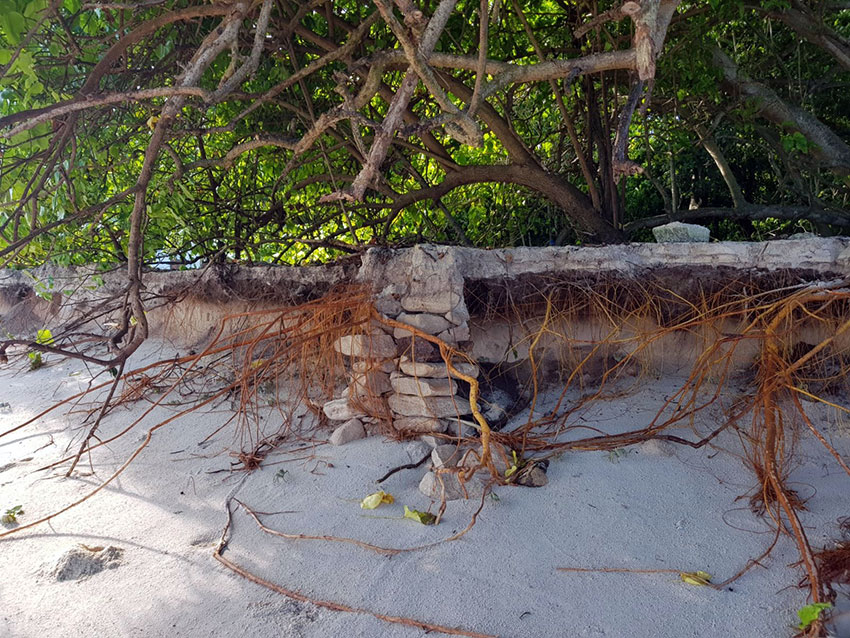 Erosion has taken a toll on the island.

Cousin Island, like the rest of Seychelles, is in the front lines of climate change and is bearing the brunt of the battering.

"Storm surges, strong waves, and high tides are more frequent," says Shah. "But what we also saw was that the wind was unpredictable."

Since this is a Special Reserve, very little can be done as an intervention for erosion. "We have a few options that are possible or even desirable on this island, so the only option for us is retreat. And this is extremely expensive. But we have no choice," Shah concludes.