A Seychelles fruit bat (Pteropus seychellensis) flying into or trying to perch on power lines at Sans Souci, in the hills of Mahe Island was the cause of a power outage that occurred in the South of Mahe at 9.30pm on Monday 25, according to a news report in the TODAY in Seychelles newspaper. It took the Public Utilities Company (PUC) nearly four hours to restore electricity to the affected areas stretching from the districts of Roche Caiman to Grande Anse. 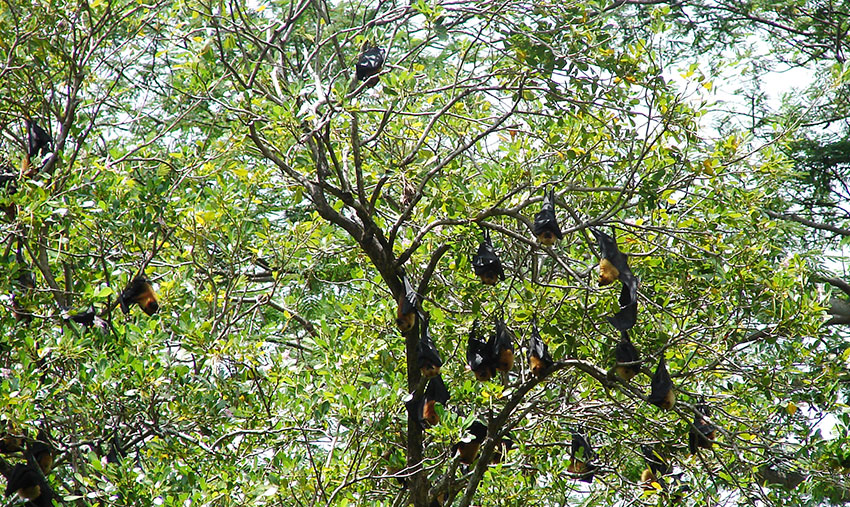 The bat was found to have struck the power line at Sans Souci in the vicinity of the Landscape and Waste Management Agency nursery. It fell off and was still stuck in the nursery's barbed wire when the newspaper arrived on site. A witness at the scene said they also found the remains of another bat involved in a similar incident some 10 days back

Ravin Sunassee, PUC's Managing Director, confirmed to TODAY that a bat had struck the line and tripped the feeder line from the main transmission line feeding consumers in the south, southeast and southwest.

Dr. Nirmal Jivan Shah, Nature Seychelles CEO says that apart from natural causes, human predation and power lines are the only other main causes of mortality of fruit bats in Seychelles.

“It's not uncommon to see dead bats still hanging on power lines”, he says. There isn’t much research that shows the impact of power lines on the fruit bat population. “Conversely, I wonder if they are a recurring cause of power outages. This isn’t the first time I’ve heard of such an incident,” says Dr. Shah.

Similar incidents have been reported in Australia where a colony of fruit bats is believed to have caused a spate of mysterious power outages affecting Queensland sugar cane growers. The Telegraph reported in January 2019 that bats' wings were shorting the power supply when they connected with two lines at once. It is hoped that the problem has been solved after the energy company increased the distance between the powerlines.