A once in a lifetime opportunity

Up for a challenge? Research with the #ReefRescuers 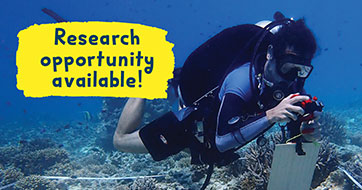 Dive into coral reef restoration with our Reef Rescuers. We have a unique opportunity for an MSc student (ongoing) to run a particular research aspect of the project alongside the team. Learn more

In 1983 when I visited Costa Rica to work in its La Selva reserve, the country was already famous as a leader in conservation. Today, Costa Rica is building a genuine green and blue economy. Since January this year the country produced 100 percent of its electricity from renewables. The country uses hydroelectric power plants, solar, biomass, and geothermal . Heavy rains this year have given a huge boost to hydroelectric plants.

In 2009, Costa Rica announced it would become carbon-neutral by 2021. Hydroelectric plants supply 68% of electricity , while geothermal plants about 15 percent, wind power 5 percent. Solar and biomass also contribute slightly. Costa Rica’s reliance on hydroelectricity makes it vulnerable to climate change, however. A drought or slight change in rainfall could disrupt electric production in the future.

In 2012 it was announced that the country would develop 100 megawatts worth of wind farms and 40 megawatts worth of small-scale hydroelectric plants through 2015. Last year, Costa Rica’s Legislative Assembly approved a $958 million geothermal project.

Costa Rica is a world champion in environmental protection and conservation. Part of the reason why Costa Rica can devote so much funding to environmental issues is that the country abolished its military in 1948, allowing it to channel funds that would have gone towards defense to the environment, healthcare, and education.