Sharks are some of the most misrepresented creatures. They have a tarnished image in people's minds because of their portrayal in the media, particularly in scary movies. Many people, even those who have never seen one or live far away from the ocean, fear sharks. 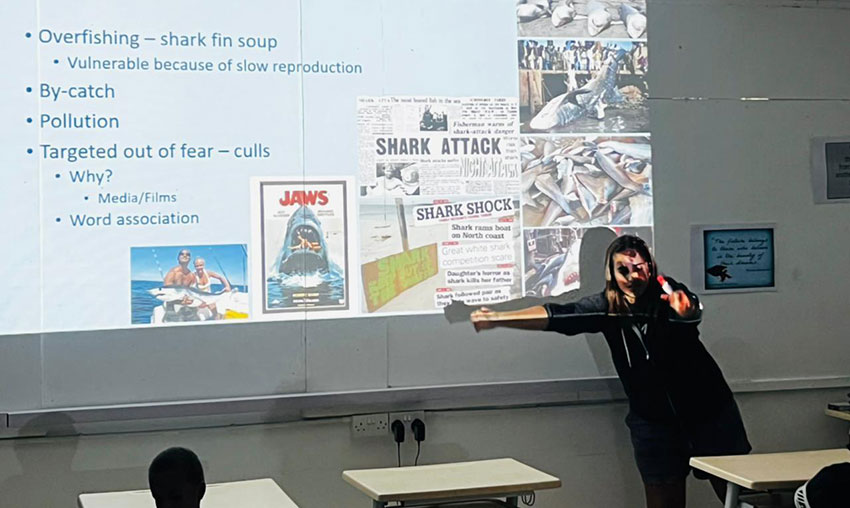 Sharks have a bad image in the media

Sharks are an invaluable part of the ocean ecosystem. As with other biodiversity, they face several threats. Many species of sharks are over-fished and threatened by pollution, loss and degradation of habitats, and fisheries bycatch. Conservation efforts include the lessening of overfishing, policy reform, and education and awareness. Most importantly, we must change people's hearts and minds about them. The logical place to start is with young people. 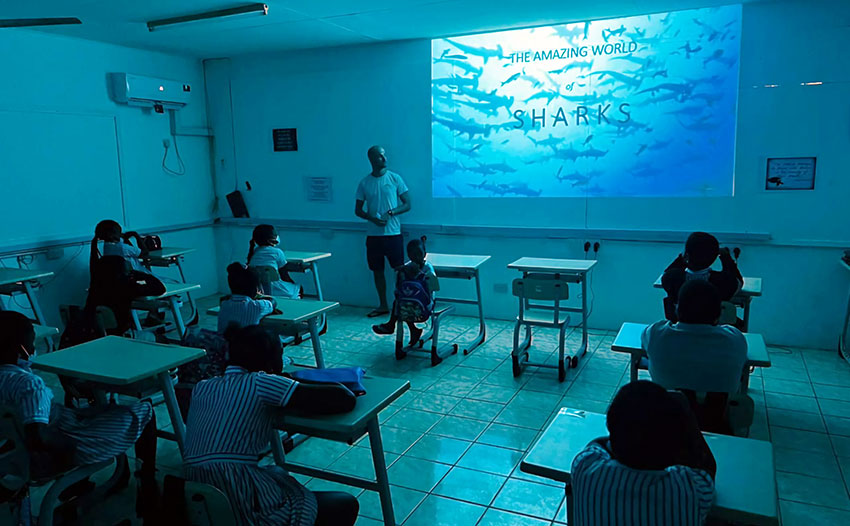 The first session was an interactive class presentation

For Shark Awareness Day last week, Nature Seychelles LEAP project staff held two experiential sessions for LEAP Junior Club members to teach them about the importance of sharks. The first session was an interactive class presentation at Port Glaud School on Tuesday 12th. Students learnt about the biology and cool features of these magnificent fish, including their sense of smell, their special skin, and their importance in marine ecosystems. The children learnt that sharks have been around for over 400 million years and are found in all oceans. The students also heard that there are over 400 species of sharks, large and small and that they should not be feared, as this negative perception has contributed to their decline. The session concluded with information about the types of sharks at Baie Ternay Marine National Park, including whale sharks, black-tip, white-tip, and grey reef sharks, how we can help sharks, and a video about positive human-shark interactions. 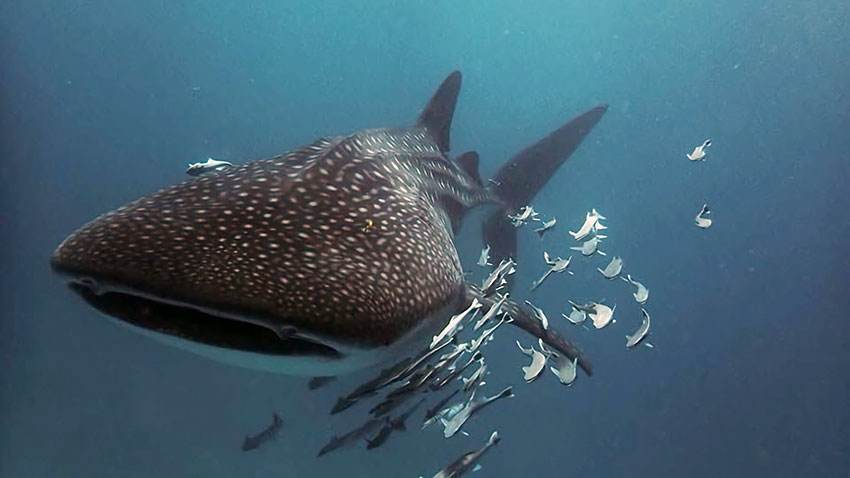 The following Saturday, the children had the exciting opportunity to build their own whale shark model. The purpose of this fun and engaging activity was to introduce this largest shark - and fish - species, which can be seen in Seychelles at certain times of the year and is a valuable tourist attraction. A chicken wire frame was constructed of the shark, which has a broad flattened head. The children then built its body from paper mache made from old newspapers and glue. The activity was fun, if messy, as expected when 20 children are put next to paper and glue. Notably, they learnt how to work together to complete the model, reflecting the collaborative work needed to conserve sharks. 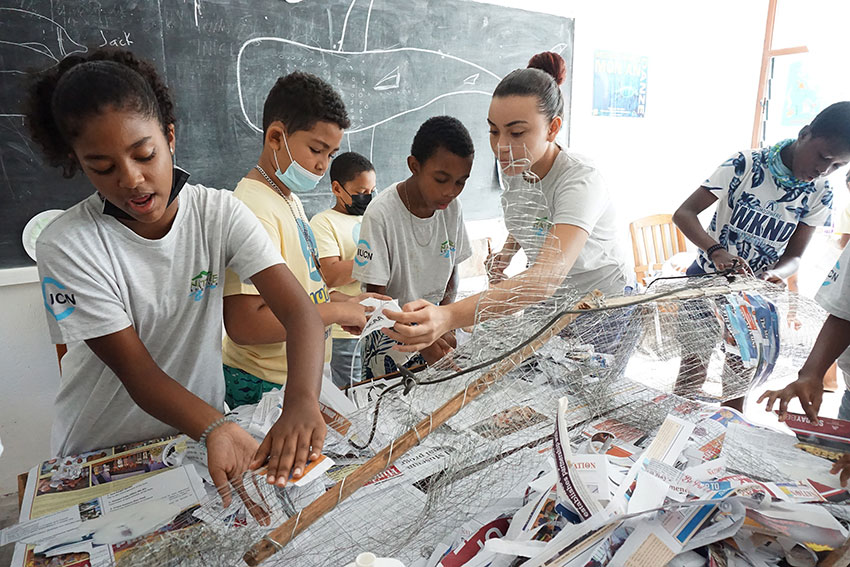 The children reported feeling less frightened of sharks after the two lessons. "The class was interesting and educational. It taught us that sharks don't eat humans and that the belief that they do is just a myth," said one of the kids. "There are many shark species. We do not have to be scared of sharks; if we respect sharks they respect us. We should not kill them and eat all of them," declared another.

Jack Coupland, LEAP Project officer, said that talking to kids about their fears and perceptions of sharks highlighted the importance of sessions such as these. "We hope we shed light on some of the positive aspects of sharks," he said. "Such activities will make a difference in how the public views sharks and how they interact with them. It was quite moving watching them all sing and dance and enjoy themselves while interacting with and contributing to the whale shark model." The model will be painted once the paper mache dries.