The Nature Seychelles coral reef restoration program is about to take a major leap forward by looking at novel genetic and reproductive techniques that will help the reef bounce back faster. 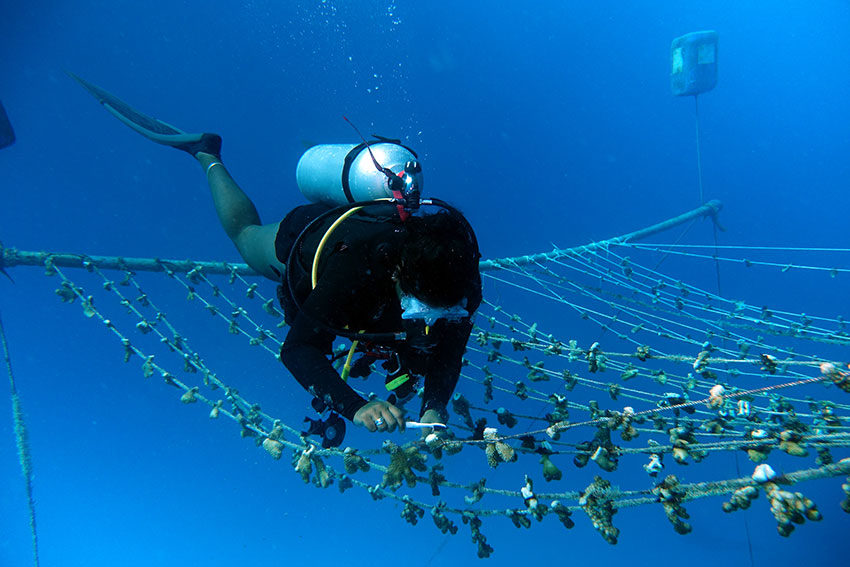 You have probably heard about coral gardening. This is the practice of cultivating corals for the purpose of restoring reefs damaged by climate change. Nature Seychelles ground-breaking coral reef restoration project, now in its eleventh year, has used coral gardening to grow more than 50 thousand coral fragments in nurseries floating in the sea and transplanted these onto reefs around Cousin Island Special Reserve. Since April this year, we have cultivated over 2800 fragments of “super corals” (corals resilient to bleaching) under our new project. This is a labor-intensive task, requiring a team of divers to go underwater daily and carry out a variety of tasks. But the hard work is worth it when you see the difference in reefs, which are coming back to life with transplanted corals.

We are excited to be moving to the next level of coral restoration. We will be setting up a coral growing facility on land at our Centre for Ocean Restoration, Awareness and Learning (CORAL) on Praslin, to supplement the ocean-based nurseries and boost the restoration process. The facility will help generate stress-resilient corals at a faster rate and a bigger scale and has the capacity to grow 5,000 coral fragments annually.

To set up this facility, the first of its kind in Africa, we have partnered with Dr. David Vaughan, one of the world's leading coral restoration experts who is credited with discovering the revolutionary micro-fragmentation technique. Dr. Vaughan discovered that breaking apart corals into micro-pieces and cultivating them under optimal conditions helps them grow 40 times faster than the normal rate and exponentially increases the numbers that can be produced. His “Eureka Moment” is especially significant for slow-growing corals that are often not used in reef-restoration activities, despite their resilience to climate change. His cutting-edge technology can also help different coral species reach maturity in the wild in months instead of decades. 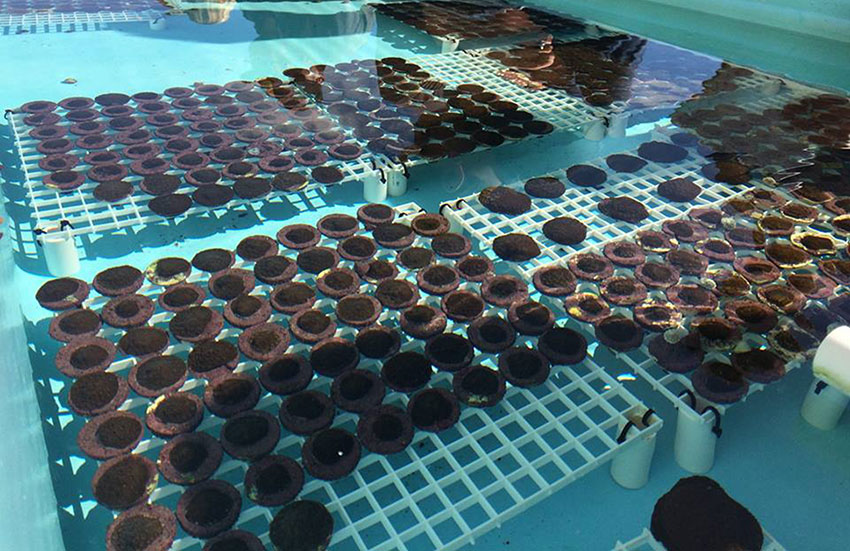 Dr. Vaughan has developed Coral Restoration Units that are affordable and customizable and is designing the land-based aquaculture facility for CORAL that will be established by 2022.

A land-based facility has the advantage of allowing large-scale production by micro-fragmentation of different corals that are adapted to stressors and providing a supply of captive-reared, genetically consistent corals. It also reduces collection of healthy donor corals in the wild," says Dr. Nirmal Shah, Nature Seychelles Chief Executive. "We aim to produce at a large scale to supply these corals for other coral reef restoration projects," he adds.

The facility will serve as a research platform for investigations in coral reef resilience and coral restoration as well as for capacity building, public education, and awareness. It is affordable and commercially applicable to encourage replicability by other NGOs, communities, and tourism-based businesses.

Funding for the facility is provided under a grant received from the Adaptation Fund through UNDP and the Government of Seychelles, as part of a large regional project with Mauritius. The overall goal for this project is to reduce the impact of climate change on communities in Seychelles by fast-tracking coral reef restoration using farmed colonies of resilient coral species.