Scientific research carried out on the iconic Seychelles warbler on Cousin Island Special Reserve by an international consortium of European universities ground to a halt due to the Covid-19 pandemic and the restrictions on travel. Fortunately, this year three Ph.D. students were able to come to Cousin to collect data, albeit with a few false starts. 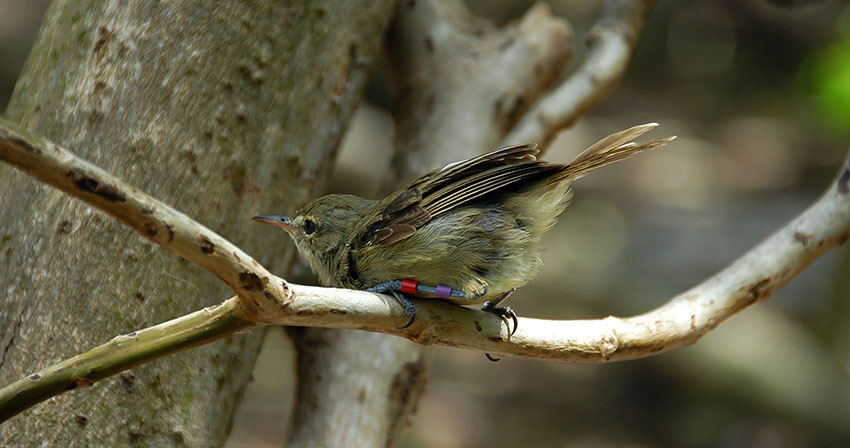 Led by a team of evolutionary biologists from four European Universities working in conjunction with Nature Seychelles, the Seychelles Warbler Research Group has been conducting research on individual warblers continuously for the past thirty years on Cousin Island. The team has investigated many aspects of the warbler, among them the evolution and ecology of cooperative breeding and aging. This unique long-term research has not only helped save this once critically endangered bird from the brink of extinction but also generated a series of high-profile scientific discoveries, which have been published in prestigious journals. 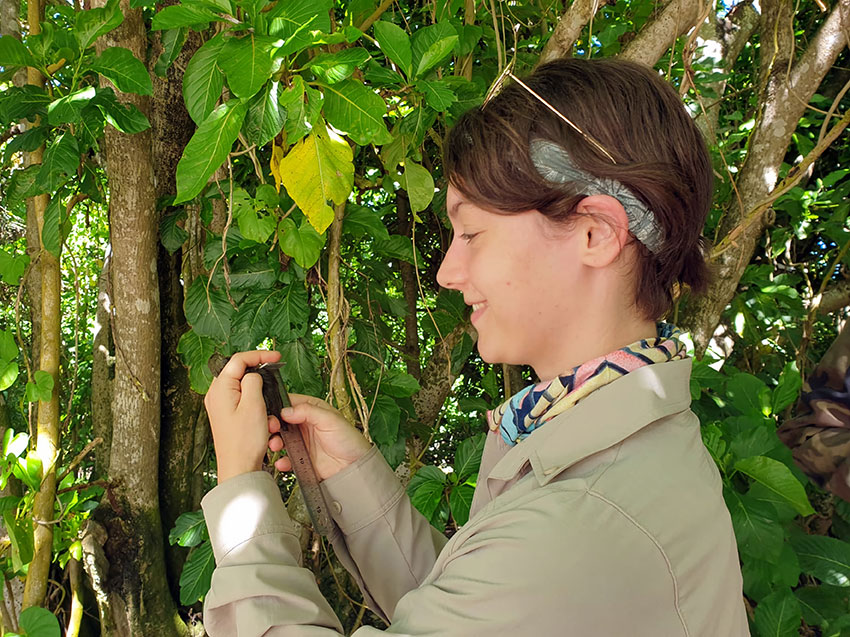 So it was with a high expectation that three Ph.D. students linked to the group made travel arrangements to set off for Seychelles to jumpstart this research in April 2021. Seychelles had reopened its borders for overseas visitors to enter the country. The "Warblers", as they are fondly known and named after their subject of study, had complied with the Public Health Authority's requirements for entry that include a mandatory PCR test 72 hours prior to travel and receiving permission to enter the country via the Trivisory website.

But all did not go as planned, and two of the three Warblers were unable to travel. At the airport in their home country of the Netherlands, they were informed by their airline that they could not board despite being compliant with all the requirements. Phone calls were made and emails exchanged to no avail. They had to go back home. Miles away in the UK, however, the third student was able to board the same airline successfully and arrived in Seychelles as scheduled. It took a letter from the health authority to the airline, a repeat of the PCR tests, and anxiety-laden couple of days for the situation to be resolved and for them to come. 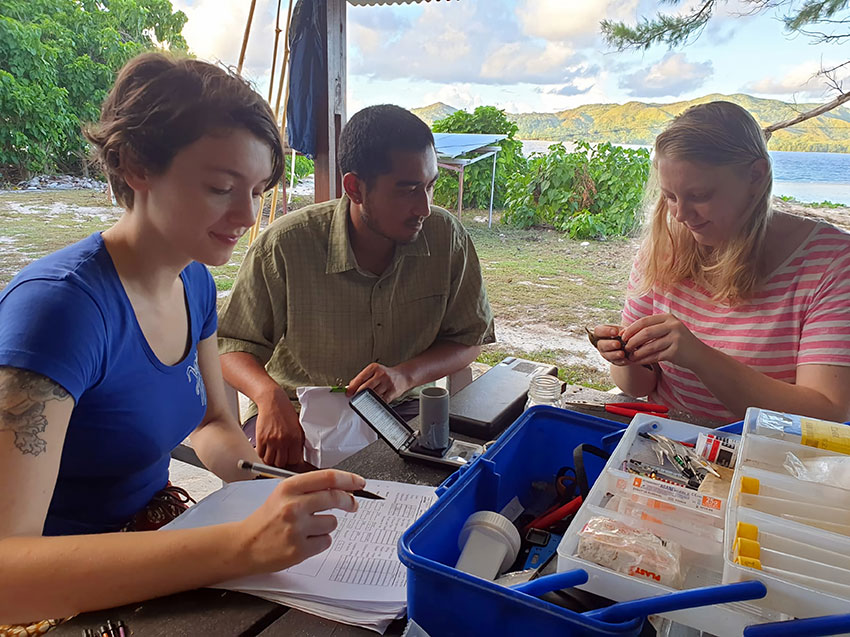 The three students have resumed work on Cousin Island

The above illustrates the challenges faced by many field researchers around the world in these difficult times. Travel bans and restrictions, uncertainties about safety in home and host countries, and the inability to predict the length of stay are keeping many from their study sites. What is left is planning for best-case scenarios, which can include in some cases working remotely. But this is not always possible for highly specialized research such as that carried out by the Warblers.

"Our absence has created a large gap in the data collection. Previously we knew around 96% of the Cousin population. We could monitor ages, which of the birds became helpers, and more. As one of the best bird monitoring systems known to the academic world, the one year absence has been a huge loss," they say. Although they are optimistic that they will be able to recover some data such as tracking who is related to who through blood samples, and can collect data on what is happening right now, they will only ever be able to assume information for the past year.