"Stunning image!" "Fantastische Aufnahme" "Avant de voir le nom je savais que la photo venait de Christopher!!! Magnifique!" "My favourite!" These are the reactions you will often see whenever a photo taken by Christopher Mahoune are posted on our Facebook page. Christopher, or Topher as he is known to us, is a senior warden on Cousin Island Special Reserve. 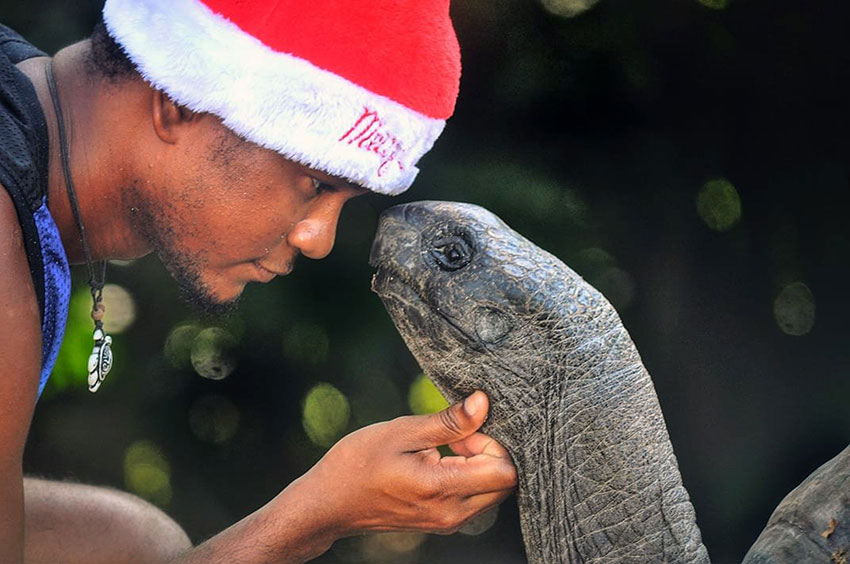 Christopher Mahoune with George a beloved resident of Cousin

He has been living and fine-tuning his art on this island for many years, taking hundreds and hundreds of photos at every opportunity. From the quirky to the magnificent, Topher is the shutterbug who never misses a thing.

Topher fell in love with the camera as a small boy. "I loved looking at photographers' work at a very young age," he says. "But I didn't see myself taking anyone's photographs because I was a very shy boy," he adds. It wasn't until 2012 when he bought his own small Sony digital camera that he tried his hand at photography. His friend saw some of his pictures and she asked him to photograph her. The rest, as they say, is history. He enjoyed doing it so much, he started taking photos of families and friends, his pets, and eventually, wildlife on Cousin Island.

Topher joined the team on Cousin Island straight from the Seychelles Maritime Academy. In between guiding tourists around the island and carrying out conservation activities, he had plenty of time to discover the wonders of this little gem.

But what made this island and the wildlife so interesting to photograph. 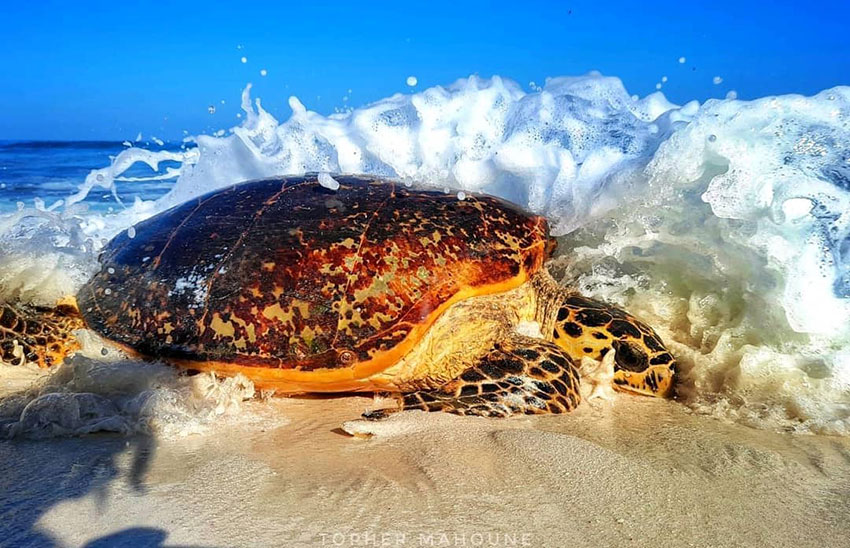 "Cousin has a very unique ecosystem with a diversity of species," he says. "And since wildlife are so at ease here because of a lack of predators, I can get as close as I want without big lenses, and even with my phone, to get a shot that I'll be satisfied with. Sometimes it feels like the wildlife here poses for photos. It's an experience like no other, and one that marks every single person that gets to visit."

Topher's biggest hope is that his photography serves as an advocate for conservation. "The reserve offers a habitat for several protected species. It is a unique place for visitors to come and discover the work being carried out," he says. "But for those who cannot be physically here, I wish that my photography can be a gateway through which people can appreciate, respect and become supporters of nature conservation." 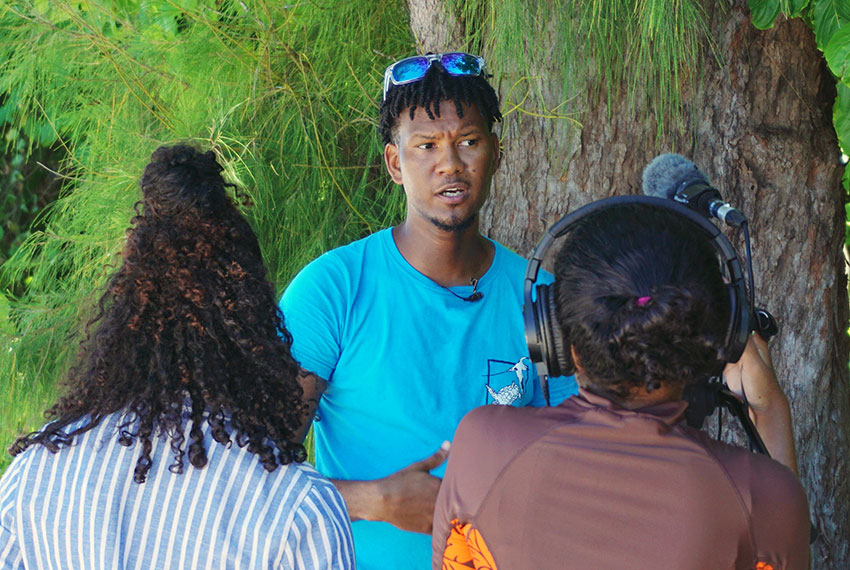 And his most memorable photo? "It was an unexpected one I took about four years ago," he says. "I was on the hill taking photos of the sunset and a Brown noddy stood by me. I decided to take a photo of it, but as soon as I pointed my camera, it flew off. I was dismayed because I had disturbed it, but to my surprise when I opened the photos on my laptop I discovered I had shot one of my most memorable photos ever."