Thursday, 02 December 2021
HomeKnowledge centreNews and StoriesCoral Reef Conservation: 43 Years after Independence do we still need unskilled expatriates to help us?

An online article about a British family who have sold everything to make a big move to the “remote Moyenne Island in Seychelles” to restore dying coral reefs has lit up social media in Seychelles.

The family consists of Barry Seath, 47-year-old a recruitment consultant and ex-policeman, and his wife Karolina with their two children aged 11 and 7 respectively. Most observers on social media are in turn amazed and outraged that the couple has no qualifications or experience in conservation or marine biology. They have never worked on coral reefs and in fact, Karolina says that she wants to learn how to dive. According to the article, the intention is to build a large coral nursery on land on Moyenne Island, designated a National Park and which is itself in the St Anne Marine Park. The 10,000 corals produced annually will be planted in the Marine Park.

The intense debate going on in Seychelles ever since the article was published -- and picked up by several other online media outlets -- centres around one question: why are we inviting an unskilled expatriate couple to help save an endangered and very fragile ecosystem when there has been world-class work in coral reef restoration for a decade by Seychellois organizations? 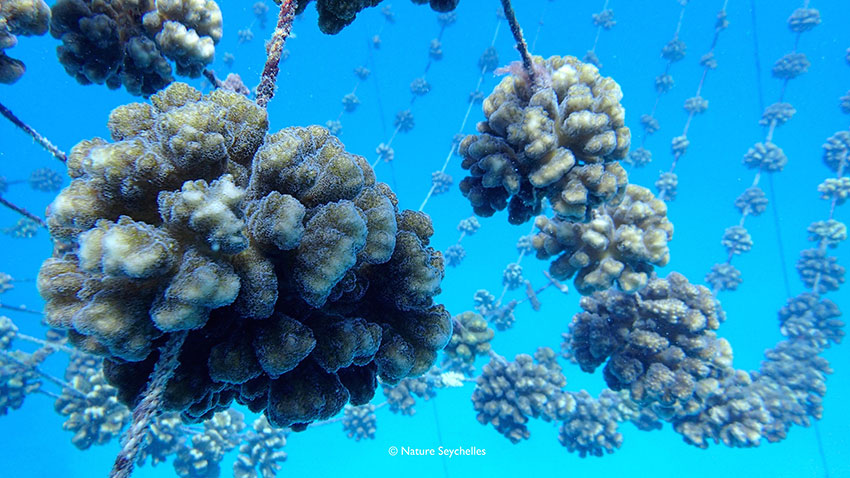 There are several small scale coral reef restoration projects by NGOs, hotel resorts, and community groups in Seychelles with even the Seychelles National parks Authority (SNPA) being involved. Nature Seychelles was the first organization in the Indian Ocean region to pioneer large scale, science-based coral reef restoration exactly 10 years ago. The United States Agency for International Development (USAID) kept pumping money into the project as it became a world-class success. Other organizations such as the Global Environment Facility (GEF), Indian Ocean Commission (COI), and the European Union joined to support Nature Seychelles. The project, the Reef Rescuers, became the world’s largest coral reef restoration project using a specific method called coral gardening. It restored 5,225 square meters of reef degraded by climate change in the Cousin Island Special Reserve, two other smaller reefs adjacent to the Lemuria Resort on Praslin Island and the Six Senses Resort on Felicite island, established the Centre for Ocean Restoration, Awareness and Learning (CORAL) on Praslin, published a Coral Reef Restoration Toolkit (freely available on the net) and rolled out paying international training programs. 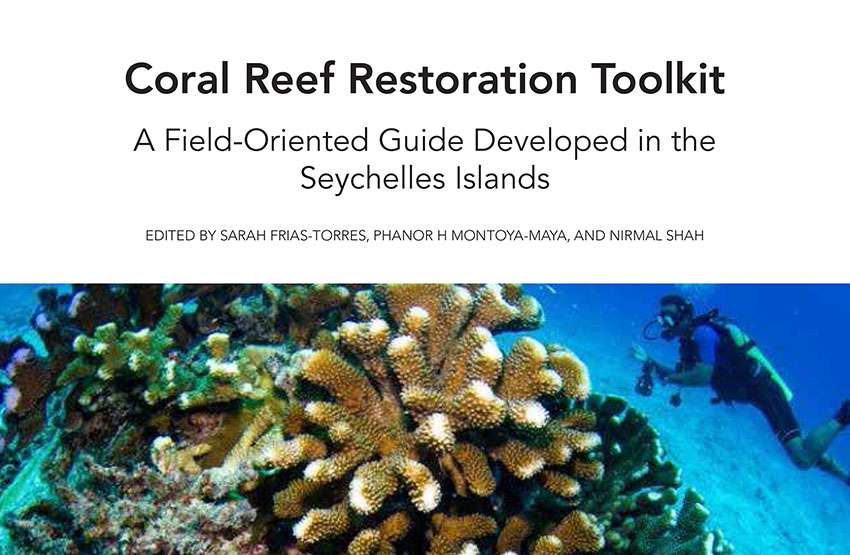 Dr. Nirmal Shah, the Chief Executive of Nature Seychelles who originated the Reef Rescuers project, said that the NGO was now “preparing for the third and next level of its coral reef restoration program, Reef Rescuers 3.0. "We started out in the first instance with methods from the scientific literature, secondly, improved on those with our own discoveries and techniques and now are moving into an exciting and very large regional project with Mauritius so we can use the latest breakthrough science developed in the US and Australia".

Shah went on to say “that we will need overseas expertise but these will be the top scientists and practitioners who have been developing new techniques in coral genetics and reproduction and in growing corals and planting". Shah who has been an early advocate in the Indian Ocean region for science-based restoration has in the past said that “with coral reefs in such an endangered state we cannot afford to tinker with them as that might cause far more damage than good. Coral reefs are some of the most threatened as well as most complex ecosystems on earth. We absolutely do not need a backyard, home taught “mechanics” but rather qualified and experienced coral reef “engineers”, working in teams, to save the reefs”.