Photos and videos shared on social media showing Scalloped hammerhead shark pups being landed in nets on a popular beach on Mahe caused a public outcry over the weekend, with many questioning whether the country is serious about its conservation efforts.

The photos and videos, first posted on Facebook on Saturday 5 and widely shared, showed the Scalloped hammerhead pups being cleaned and gutted before being sold to persons on the beach. According to a report in the local newspaper, Today in Seychelles (Thursday 8 January), a passer-by estimated the number of pups at 30. 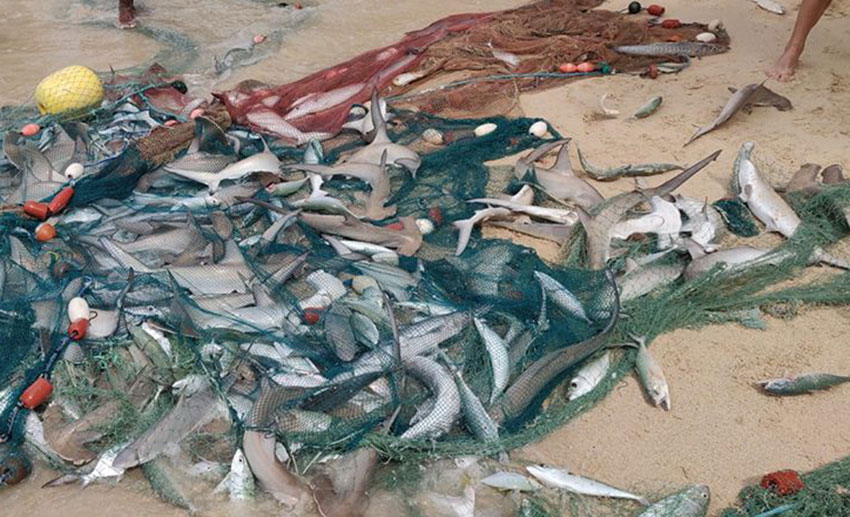 The catch on the beach (Photographer: Sam Cooper Source: Facebook)

The status of the Scalloped Hammerhead (Sphyrna lewini) was updated in 2019 to Critically Endangered on the IUCN Red List.  A Critically Endangered species is one that faces an extremely high risk of extinction in the wild. The shark is caught globally as target and bycatch in commercial and small-scale pelagic longline, purse seine, and gillnet fisheries. According to IUCN's threat assessment, the species "has undergone steep declines in all oceans, with some signs of stabilization and possible recovery in response to management only in the Northwest Atlantic and the Gulf of Mexico."

Today in Seychelles reported that local authorities are investigating the incident. The fishermen could be prosecuted if there's sufficient evidence to support a case, the Seychelles Fishing Authority said. Although there are no laws currently prohibiting the catching of juvenile sharks, it is illegal for artisanal fishers to catch sharks in nets as the video and photos appear to show. Fishermen are only issued net licenses for mackerel, sardine, and shrimp, John Louys of the SFA said.

"At the moment there are no licenses that allow for shark, implying that the use of nets for this activity was probably breaching the license conditions," he is quoted as saying. He noted that prosecution will be "tougher" if the fishermen were not targeting hammerheads, and defended the pups as bycatch as "there's a bit of grey area as to the handling of bycatch." 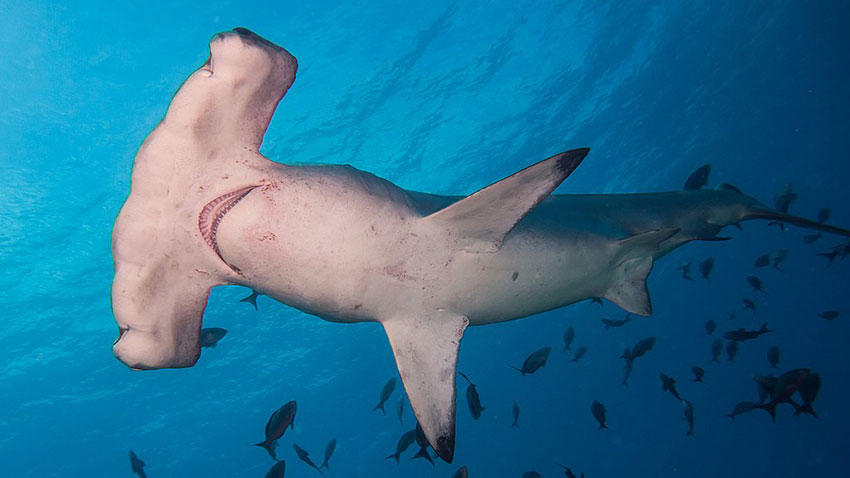 Nature Seychelles' Chief Executive Dr. Nirmal Shah has said, "I have only seen videos and it seems the sharks are Scalloped hammerheads (Sphyrna lewini). If so then this species is classified as Critically Endangered on the IUCN Red List of threatened animals and plants of the world. This is the same threat level as, for example, the Seychelles paradise flycatcher or Vev is at. There is a National Plan of Action (NPOA) for sharks but this has not been mainstreamed into policy and law - the government needs to jump-start this."

"As regards the outrage on social media, we see a clash of "cultures" here. Sharks, including young ones, have been caught since human settlement in Seychelles and Seychellois have been eating them as part of Creole cuisine. Now we see the same clash of sensibilities between different parties as what was seen when we were fighting to save Hawksbill and Green turtles, also endangered species."

"Except 30 years ago or more there was a very small handful of us against almost the entire population. In 1989 when I helped SBC produce a film that showed turtles being slaughtered whilst still alive it helped to get the law to protect turtles in place. A project I was instrumental in writing and financed by the GEF and World Bank moved artisans away from using turtle shell. Setting up the Wildlife Clubs influenced several generations of Seychellois to be more conservation-minded. Similar efforts need to be made because there is tradition, and food and livelihoods involved. But at the end of the day, this is not a poor, starving nation. We have no excuse that these juvenile sharks are badly needed for food."

"I'm happy, finally after all these years, to see young Seychellois making a stand for conservation of biodiversity on social media.”

Nature Seychelles led incredibly successful multi-stakeholder projects to save Critically Endangered bird species in Seychelles leading to international acclamation and awards for the efforts. It manages Cousin Island Special Reserve home to the Western Indian Ocean’s most important nesting ground for Hawksbill turtle, a Critically Endangered Species which has seen an 800% increase in Cousin since 1972 when conservation started. For many years, the NGO also led massive efforts in education and awareness to save endangered species like turtles, dolphins, endemic Sheath-tailed bats, frogs, and others.

“We can save Critically Endangered species in our lifetime. But let us not kid ourselves. There is hard work to be undertaken, the political will to be mobilised, people working on the subject to be supported and funds to be leveraged" says Shah.