Only 1 out of 1000 turtle hatchlings is likely to survive to adulthood. It's a sad fact but true; life is fraught with danger for a hatchling from the moment it emerges from the nest. 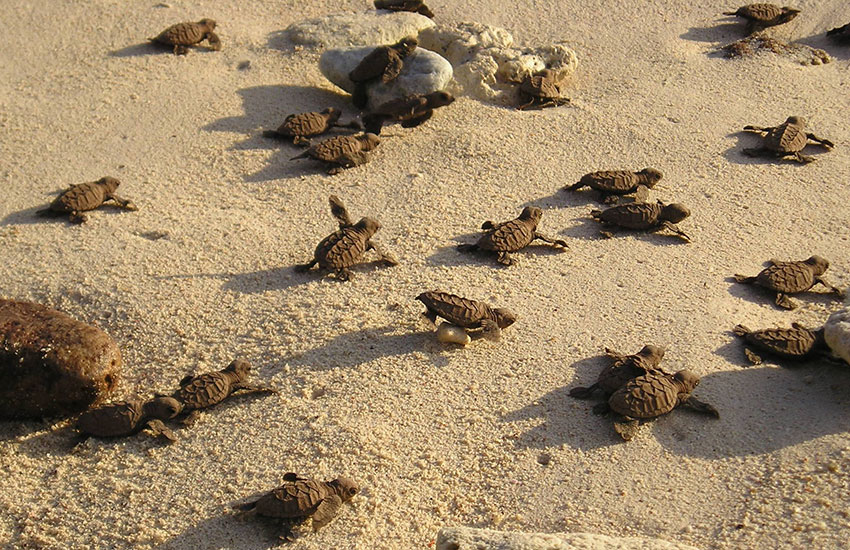 Natural predators like crabs prey on it and it has to navigate obstacles on the way to the water; anything from driftwood, to rocks to unnatural light that leads it away from the water. Once it reaches the ocean, and it survives the frenzied swimming that leads it away from the shores and danger, other threats can keep it from reaching maturity, such as being accidentally caught in fishing nets. Turtles are being impacted by the wide-spread marine pollution and are ingesting harmful products especially plastic.

Once females reach maturity and are ready to nest, they can be hindered by a number of things including degradation of sites and human persecution - turtles are exploited for their meat and shells.

And there is now the threat of global warming for these animals to contend with. A rise in sea level leads to the loss of beach, and nesting sites and severe weather leads to erosion and destruction of sites. The gender of hatchlings is also temperature dependent: higher temperatures gives more female hatchlings and the reverse is true for males, meaning populations could be affected if a balance is not maintained. In recent years, coral bleaching is impacting reefs that are habitats for species like the Hawksbill.

Phew! Life is not easy for marine turtles! But against all natural odds they have survived for millennia, outliving all the other pre-historic animals they shared the planet with, including dinosaurs.

On this World Turtle Day (May 23rd) take the time to think about turtles and how you can help to keep them safe. Turtles need a fighting chance to survive. Help to maintain healthy nesting habitats and do not persecute turtles when they come to nest. Since 1994, Seychelles law prohibits all harvesting and commercial trade in marine turtles. The offence is thus punishable by law. The International trade in turtles and their products is also banned by CITES. 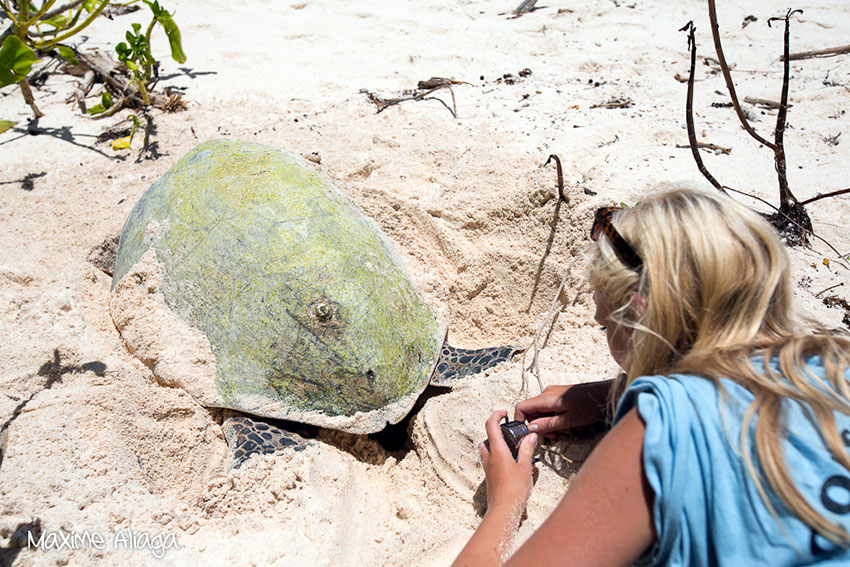 Conservation programmes have improved the odds of survival for turtles in the face of growing threats. Seychelles is well known for some of these global successes, where 2 out of the 7 species of turtles nest. The long term monitoring of Hawskbill turtles on Cousin Island Special Reserve, for example, has revealed an eight-fold increase in nesting turtles. A comprehensive study of healthy populations of turtles in relation to healthy seas also rated Seychelles highly.

Turtle conservation programmes are run on "turtle time." They have to be long-term in order for their fruits to be seen. The "slow, steady and tenacious" work of conservationists is helping turtles survive. And that's something worth shell-a-brating!