A take away in the Beau Vallon area of the main island of Mahe in Seychelles is in the spotlight after being found with suspected Green turtle (Chelonia mydas) meat being sold illegally under the counter. 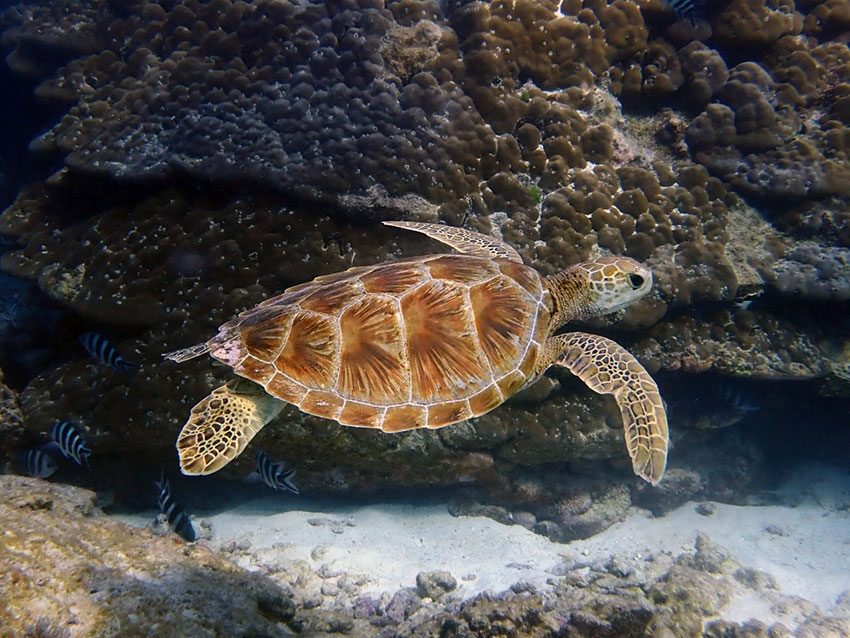 According to the Today in Seychelles newspaper (Tuesday 21st May 2019), law enforcement and Ministry of Environment conservation officers impounded suspected turtle meat from the takeaway on 10 May after receiving a tip from a concerned citizen.

An investigation to establish the source of the turtle meat is underway according to a representative of the Ministry's conservation section who also confirmed that it was definitely meat from a turtle.

Although all species of turtles have been protected since 1994 in the Seychelles; the killing of turtles is a criminal act under the Wild Animals and Birds Protection Act carrying a hefty fine and up to 2 years imprisonment, isolated cases of poaching still occur.

Ashley Dias, Director of Conservation of Biodiversity at the Ministry told Today that between October 2018 and April 2019, 8 incidents of turtle poaching were recorded, which is an increase from 2017-2018 which had 3 reported cases. It is the largest number of incidents since 2012-3 when 10 incidents were recorded.

Green turtles are globally threatened and are listed as "Endangered" on the IUCN Red List. Their numbers have been greatly reduced through hunting of adults and harvesting of eggs, being accidentally caught in fishing gear and loss of their nesting sites. Illegal trading of turtle parts also continues.