The community wants to see authorities work together to solve the illegal fishing problem in Seychelles.

Following Tuesday's (13 Nov) incident in which scuba divers cut loose a humpback whale that was trapped in an illegal fishing net, the Seychelles fishing fraternity has reacted in disappointment to these nets floating in Seychelles' waters.

Chairman of Seychelles Sports Fishing Club (SSFC), Tarak Patel spoke to TODAY.  "I find it very sad that this beautiful creature had to endure the trauma due to recklessness of these fishermen who were using illegal nets," said Patel.

SSFC promotes conservation in that most of its fishing tournaments are full release events. "The Seychelles Fishing Authority and Seychelles Coast Guard must work together to stop the illegal fishing that is currently going on in Seychelles' waters. They must be given the resources to work also. The government must take a no nonsense approach to such activities," he said.

A keen angler himself, Patel added that ironically he was at a boat auction on Wednesday morning (14 November) where illegal fishing vessels were on auction.  Monitoring, control and surveillance manager for SFA, Johnny Louys confirmed to TODAY that four Sri Lankan vessels were arrested for illegal fishing and auctioned. 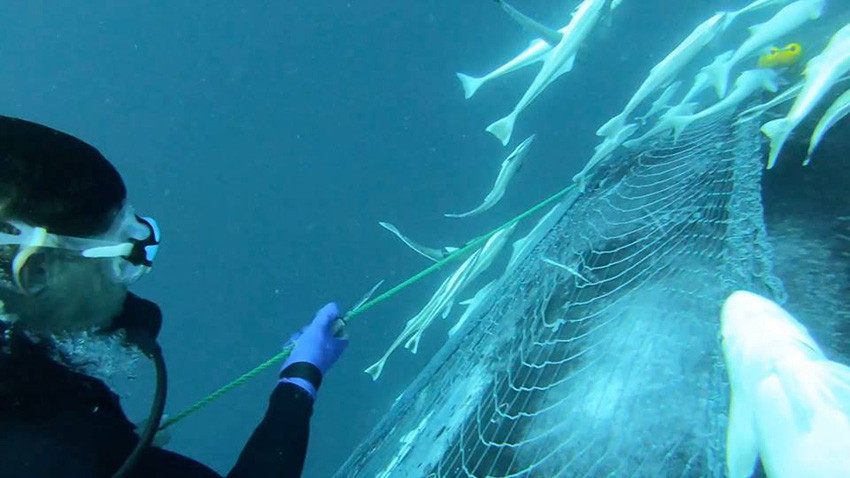 Speaking to Marine Conservation Society chairman, David Rowat says there has been more whale sightings this year than in previous years. "There have been quite a few mother and calf pairs. It was brilliant that the divers were able to cut the net off. I take my hat off to them because it's hard work trying to do something like that. We have done it ourselves on big sharks," said Rowat.

Rowat says that the problem with incidents like this is that Seychelles has such a large maritime area. "It's very difficult to keep surveillance over the whole area, and that's why we are increasingly getting these foreign vessels coming in and fishing illegally," said Rowat.

The conservation expert says that vessels fishing legally in Seychelles' waters are playing the role of the fisheries' policemen. "Fishing boats would most certainly call in as soon as they see a boat that's fishing illegally. They know which boats are legal and which boats are not," said Rowat.

The Marine Conservation Society is working towards having another 7.5% of the Seychelles EEZ declared as protected area before the end of the year. "We've got good fisheries legislation now. It's enforcement, that's always going to be a problem. The Seychelles air wing have a Donier aircraft that has the capabilities to do this sort of work, but it's currently tasked on doing the anti-piracy, and all of this costs money. It comes down to how much of the revenue that is generated by the fisheries sector is put into protecting the fisheries sector and our maritime industry or our Blue Economy. I think the amount of money that is developed (brought in) compared to the amount of money that is spent is quite a big discrepancy. And that's one of the issues we have to look at," said Rowat. 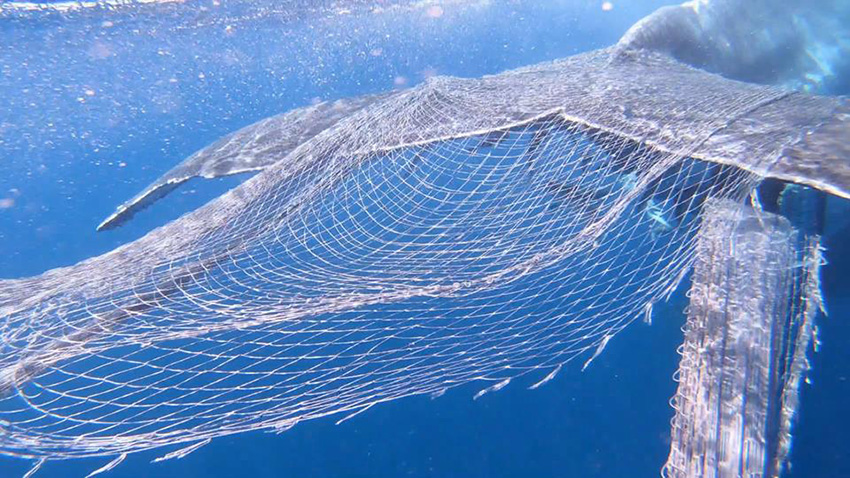 In reaction to the illegal fishing nets trapping the humpback whale, Seychelles Fishing Authority chairman Dr Nirmal Shah said: " The net has been examined by SFA officers. It is not any type used locally or by the industrial fleet. It's a piece of net that is made of material that is somewhat similar to a mackerel net, but with a larger mesh size. It is basically a gill net. It is not the usual type of drift nets we sometimes encounter. It looks more like the type used in coastal fisheries to target small and medium size pelagic species," said Shah.

He adds that the net could have drifted from somewhere further, or be part of some illegal fishing. In addition, Shah says the whale could have got entangled somewhere else and was still tangled when the divers released it.

"The divers did a great job. The Fisheries Act and its regulations cover illegal fishing quite well. What is termed as IUU fishing is a huge problem in the Indian Ocean and with such a large EEZ, but very small population, Seychelles does its best to tackle this scourge. We are looking forward to new technology and better partnerships in the future as well as strengthening of some part of the law," said Shah.

The whale rescue comes barely two weeks after anglers competing in the La Digue Offshore Fishing Tournament pulled a Leatherback turtle close to their boat to free the turtle from a drop line in the ocean. The anglers were successful in freeing the turtle from the fishing line that was fixed to a buoy.