Whilst in college I read Tom Wolfe’s book “The Right Stuff” about the space race and was struck by how Wolfe described that elusive quality which separated the best pilots from the rest.  For the test pilots during the space race era, Wolfe demonstrates there was no single quality that made up one with “the right stuff” and it’s not put all together in flying school but in the field.

And, so it is in conservation. A study in 2012 said that “Graduate education programs in conservation science generally focus on disciplinary training and discipline-specific research skills. But “non-academic conservation professionals often require an additional suite of skills.” In 2017 another study found that “Although many people with postsecondary degrees in biology are finding careers outside academia, many programs and mentors continue to prepare students to follow-in-the-footsteps of their professors. Yet, in their analysis of the job market, the researchers discovered that “Positions in non-profit organizations were the most abundant, whereas academic jobs were only 10% of the current job market”. It recognised that “Unfortunately, information regarding how to prepare for today's conservation-based job market is limited in detail and scope.”

This gap between academia and practice is what we try to bridge in the CBC. Participants in the program have gained a suite of skills, which have better prepared them for successful careers. 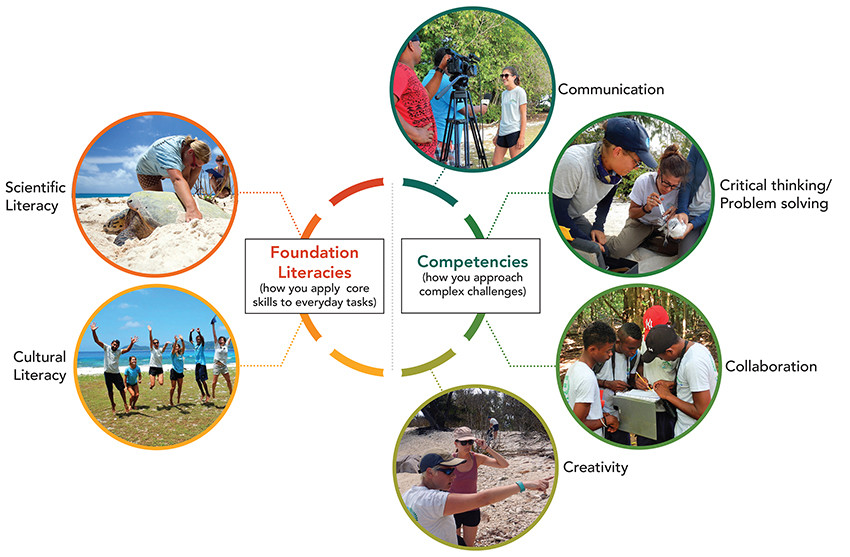 Wolfe says that people with the “right stuff” are relentless and completely committed to their ideal and drive as well as ready for a challenge with each new day.  If you want to get “The Right Stuff” look into the CBC program on Cousin Island Special Reserve.

Like the amazing participants who describe their experiences in the following pages of the latest CBC magazine, you may be thrilled, amazed, learn many things, get fitter and even discover yourself a little better. The biodiversity of the Seychelles awaits you on the conservation paradise that is Cousin Island.