Its not all wildlife monitoring, beach profiling is conducted on a regular basis on Cousin Island

What do you do when you have a long-running conservation success story on an island paradise? Nature Seychelles, a leading conservation organisation in the Western Indian Ocean region decided to share years of experience with aspiring young conservationists or people who simply want to try their hand at conservation, hence the Conservation Boot Camp program which began in May 2017.

“Conservation is not very different from other sectors - employers are looking for a successful mix of attitude and proficiencies. A mix that an MSc does not necessarily impart,” explains Dr Nirmal Shah, Nature Seychelles’ Chief Executive. “When I came up with the concept of the Conservation Boot Camp I took into account several competencies and character qualities needed in the 21st century.”

“Some of these skills can be gained through the program including scientific and cultural literacies, critical thinking, collaboration, communication, creativity and character qualities that allow you to effectively approach the dynamic environment in which you work.”

Cousin Island Special Reserve is the outdoors classroom where this intense four-week immersion program takes place. Cousin Island, now managed by Nature Seychelles, was in 1968 bought by the International Council for Bird Protection (now BirdLife) for the sole purpose of saving the Seychelles warbler. There were just 26 of these endemic birds left in the Seychelles, with the only population found on Cousin. 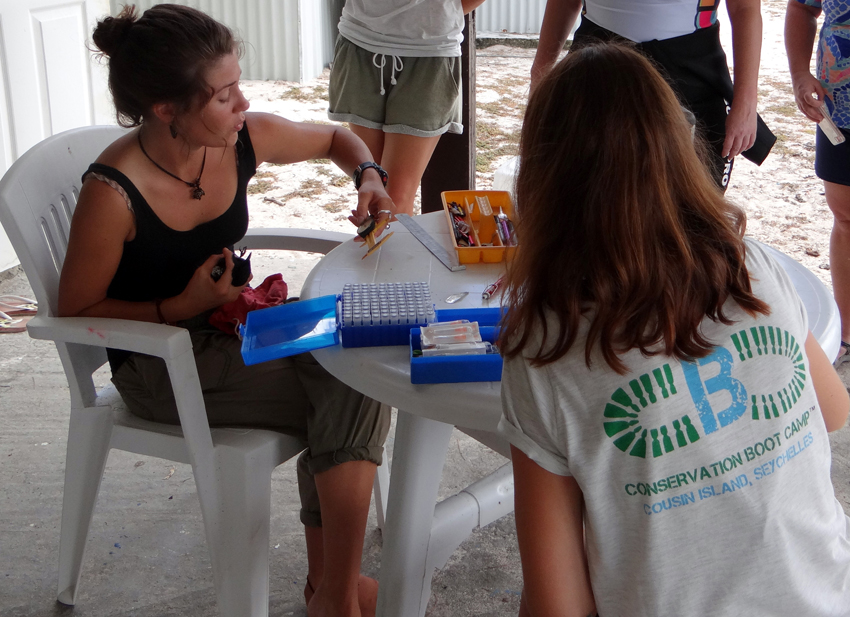 Half a century, numerous researchers and scientists, hundreds of hours of rigorous restoration work, and several translocations later, the Seychelles Warbler is over 3,000 individuals strong and is now found on four other islands. A species brought back from the brink of extinction.

The Seychelles Warbler may be the bird that saved an island that was once a coconut plantation, but Cousin is now a safe haven for several land and sea bird species; skinks and tortoises, Green Turtles and happens to be one of the most important nesting sites for the endangered Hawksbill Turtle in the region.

“From the moment my toes squished deep into the white powder sand, I was hooked. Arriving on Cousin was like stepping through a portal to a time when the world was all wildlife and vegetation,” says Kenna Vales who completed the Conservation Boot Camp program in July 2017.

“Every time I was in the forest doing field work, I would have at least one Seychelles Skink crawl on my legs or shoulders. All you have to do is whistle in the forest, and the Seychelles Magpie Robins will fly closer, sometimes as close as less than a meter away from you.” 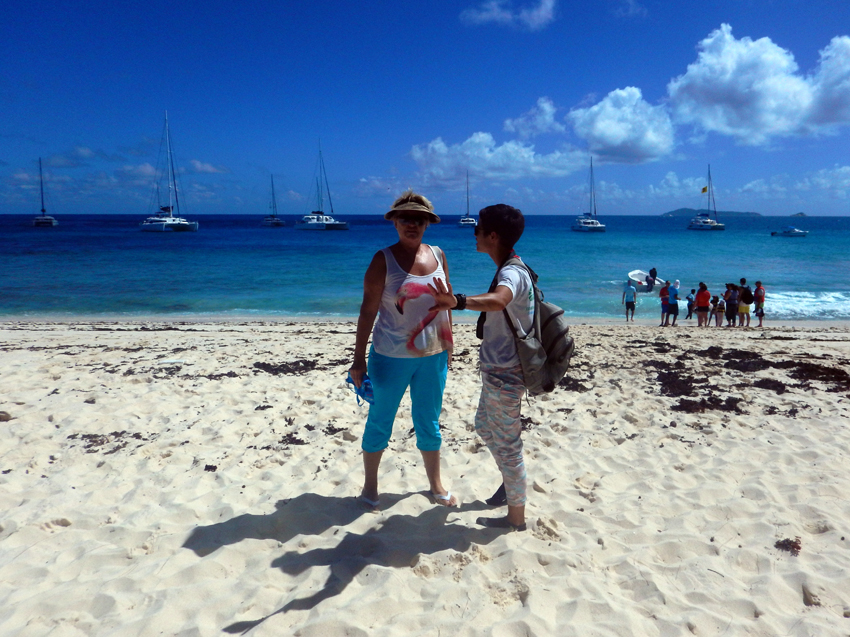 Cousin welcomes tourists from Monday to Friday so participants have the chance to learn about ecotourism, the longest running in the Seychelles

Participants in the Conservation Boot Camp have the opportunity to take part in the comprehensive scope of the conservation work carried out on the island. Depending on the season, participants will take part in census of land and seabird, monitoring and collecting data on the many wildlife residents on the island and hawksbill turtle nesting / hatchling seasons.

Other activities are carried out year-round including ecotourism, bird ringing, beach profiling, clearing invasive species, invertebrate pitfall sampling and any other miscellaneous tasks that are required in the running of this nature reserve.

This unique and exclusive program is open to applicants from around the world, accepting a maximum of seven participants at a time in order to allow for deeper learning thereby making the experience more meaningful for those who take part. Being a certified private educational and training institute under the Education Act of Seychelles, Nature Seychelles also awards certificates to those who have successfully completed the program.

“I have a background in technology, for 30 years I have been involved in the telecommunications industry, as such I have no formal education in regards to conservation or the environment,” says Jim Yule a recent graduate from the program.

“This lack of knowledge caused me some trepidation before arriving on Cousin Island, I imagined everybody else would be fully au fait with the wildlife and conservation methodology, fortunately this was not the case. I now have a far more developed understanding of the perils it takes for a bird to get its egg to a fully-fledged chick ready for adulthood. I have discovered just how much giant tortoises like to have their necks and legs rubbed, you can almost hear them purr.” 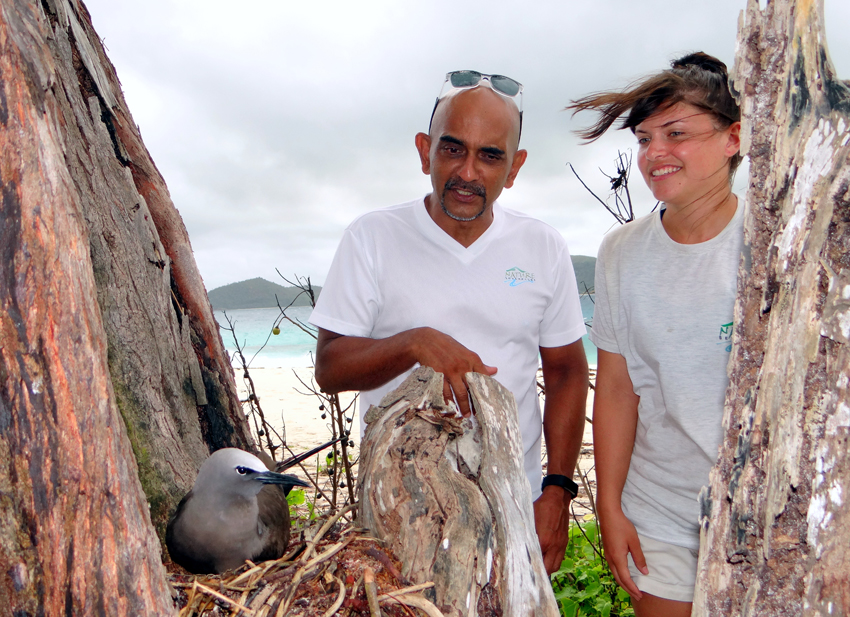 Towards the end of their four week stint, program participants have the opportunity to meet Dr. Shah in one-on-one sessions. Coupled with the fact that there is a constant stream of researchers and scientists visiting the island, this has proven to be a plus especially for those wishing to pursue a career in conservation – a chance to pick the brain of those with a wealth of experience in the field.

“I came to Cousin looking for some answers, what I got in return was more than I had bargained for - I was introduced to a way of life,” says Nikita Engineer who took part in the program in June 2017, only two weeks after graduating from University. “The island ecosystem is a tiny world of its own, its species flourishing amidst the natural forests, and beaches changing rapidly with the seasons. The Conservation Boot Camp does justice to its name.”