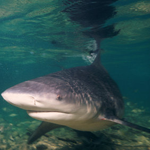 The Seychelles Maritime Safety Administration's (SMSA) Shark Technical Comittee has offered an explanation for the reported increase in the number of bulls sharks sightings near the harbour. The committee  has said this is due to the effect of rainwater on salinity levels of the water. A communiqué from the Ministry of Home Affairs (MOHA) on a meeting of the committee held on Tuesday 8th April, said such downpours "change the consistency of near shoreline water" and "decrease the salinity near river outflows into the sea," which creates favourable reproduction areas for adult bull sharks, but also sanctuaries that are sought after by young sharks with naturally lower tolerance to salinity at their stage of development. The MOHA concludes that the sightings are natural to Seychelles when sharks return to nursing grounds. Captain Joachim Valmont the Director General of SMSA has called for more public understanding of shark species and an increased awareness of risks involved when going into the harbour where the sightings are being reported. For now, diving restrictions are still in force. Source Today in Seychelles 11.4.2014