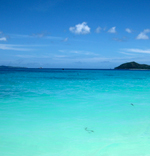 Commonwealth foreign ministers met in New York on 29 September on the margins of the 67th Session of the United Nations General Assembly.Ministers agreed on a draft charter of the Commonwealth, that embraces its fundamental values, principles and aspirations. This draft charter will now be submitted to Commonwealth Heads of Government for approval. Of significant interest to Small island Developing States (SIDS) is a paragraph that recognises their vulnerabilities , specificities and unique roles as well as affirms the commitment of the Commonwealth support SIDS in various ways

The paragraph is as follows:
24. We recognise the particular vulnerabilities of small island and developing states [Millbrook, par.6(e)] as well as the urgent need for concerted action by the international community to address their special needs. We aspire to a Commonwealth that will pursue innovative and practical support for small states and recognise its role as a special and effective voice at international forums for the small and vulnerable states of the world [Coolum, par.7; pars. 37 and 38].

SIDS have long been struggling to get international bodies and donors to recognize them as distinct entities. SIDS were first recognized as a distinct group of developing countries facing specific social, economic and environmental vulnerabilities at the United Nations Conference on Environment and Development (UNCED), known as the Earth Summit, held in Rio de Janeiro, Brazil in 1992. The United Nations recognizes the 38 UN Member States belonging to the Alliance of Small Island States (AOSIS), an ad hoc negotiating body established by SIDS at the United Nations.

According to the United Nations Development Program SIDS have similar constraints in their sustainable development efforts, such as a narrow resource base depriving them of the benefits of economies of scale; small domestic markets and heavy dependence on a few external and long distance markets; high costs for energy, infrastructure, transportation, communication and servicing; little resilience to natural disasters; limited opportunities for the private sector and a proportionately large reliance of their economies on their public sector; and fragile natural environments and threatened biodiversity.